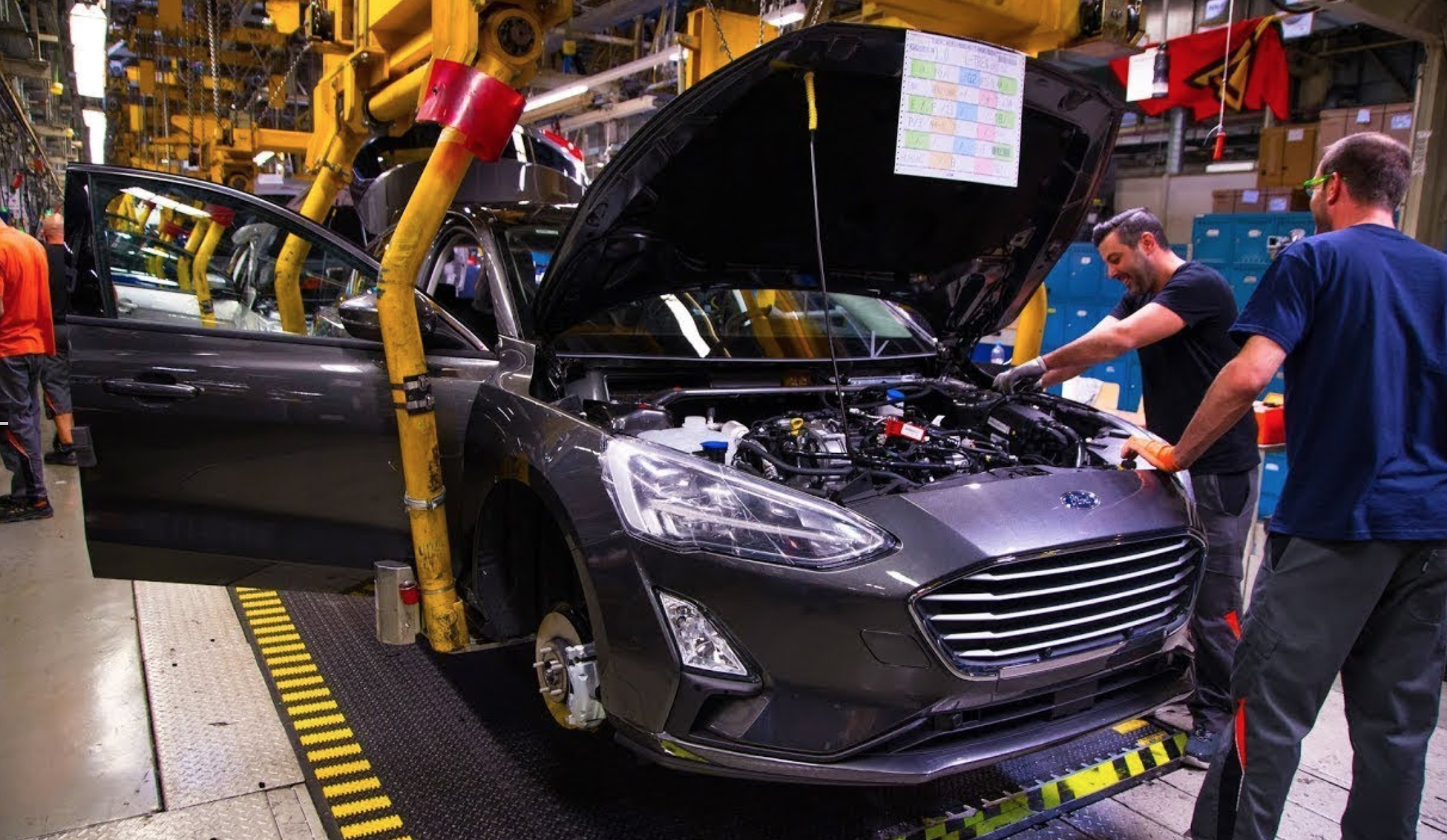 The employees of the Ford plant in Saarlouis are worried. They were in competition with Valencia to build the new EVs from Ford. Their future is now uncertain after the Focus production will be stopped in 2025 /Ford

Ford Europe has chosen its Valencia plant in Spain as the preferred location for vehicle assembly, based on a next-generation electric vehicle architecture. Valencia has been preferred over the Saarlouis plant in Germany.

“Pending product approval, the Valencia plant could produce breakthrough electric and connected vehicles beginning later this decade, says a Ford press release. Valencia is the “best-positioned plant” for the production of these vehicles. However, when precisely the first e-cars roll off the production line in Spain is not specified.

The Ford plant in Saarlouis was also considered a possible location, but after the recent decision, it will miss out on electric cars. In the internal bidding process, group CEO Jim Farley and Europe boss Stuart Rowley decided to favor the Spanish plant.

This has enormous consequences for Saarlouis: The current models of the Focus series will still be built until 2025, beyond which the plant has not yet been promised any models. So the future of the Saarland location is at stake. “Options for future concepts for this location will be evaluated,” the statement says.

“We are committed to building a vibrant, sustainable business in Europe as part of our Ford+ plan, and that requires focus and making tough choices,” said Ford CEO Jim Farley. “The European auto industry is extremely competitive. To thrive and grow, we can never settle for less than unbelievably great products, a delightful customer experience, ultra–lean operations, and a talented and motivated team.”

The new electric vehicle architecture is intended to help with this sustainable and profitable business model. However, Ford is not giving details of the platform yet. It is a “decisive step in the transformation of Ford in Europe into an all-electric future,” the general statement sounds. What is already clear is that the US brand wants to sell only electrically powered cars in Europe by 2030.

European boss Stuart Rowley confirmed at an online press conference that options for Saarlouis were being sought “inside and outside the Ford Group”. So a sale could also be on the cards.

The influential German union IG Metall has confirmed that “the Ford site with its 4 600 direct employees will be progressively dismantled. IG Metall has announced fierce opposition against these plans. “If one counts the 1 500 jobs in the supplier business in the neighborhood, 6 000 jobs are at stake in this area on the brink between Germany and France.”

Of course, the decision of the Ford bosses raised more than some eyebrows in Germany and France. The press release immediately emphasizes that Ford reiterates its commitment to Germany. Cologne remains the headquarters of its European Model e-business and the site of its first domestic European electric vehicle production. Ford’s first electric model based on Volkswagen’s MEB will be built from 2023 onward and the second from 2024.

“Ford is investing heavily in electric vehicle manufacturing in Germany, and we are particularly committed to Germany as the country of our European headquarters,” Rowley said. “We look forward to driving these projects forward with our partners in Germany and across the region.”

“For our new generations of vehicles in Europe, we need superior product designs, cutting-edge vehicle engineering and manufacturing technologies, optimized sourcing, and the further development of our plants to fully align them with an electrified future,” he concluded.

In addition to Cologne and Valencia, Ford will also build electric passenger cars at its Romanian plant in Craiova, specifically an electric version of the Puma. The Transit Courier electric transporter van will also come off the production line in Craiova. The larger light commercial vehicles Transit Custom (among others as PHEV) and the E-Transit are built by Ford Otosan in Turkey.