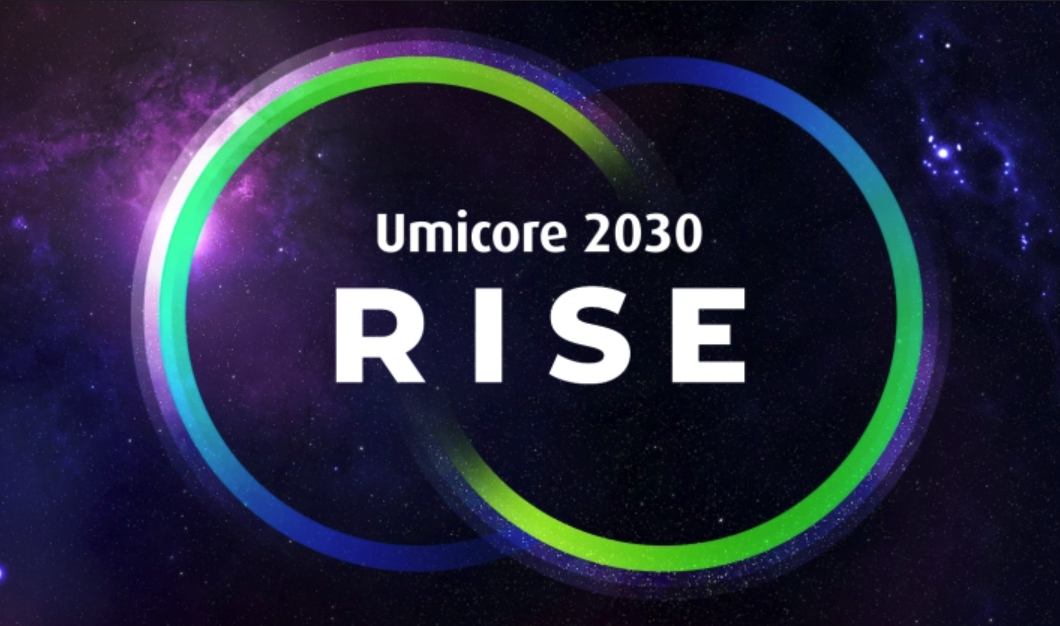 At the company’s Capital Markets Days, Belgian Umicore presented its plans to invest €5 billion in the next four years to secure its future until 2030 /Umicore

Belgian Umicore will invest half a billion euros in a new EV battery recycling plant in Europe, the biggest in the world. The location is yet to be decided, defined by good logistics and the availability of schooled personnel. It should be operational by 2026 and recycle 150 000 tons per year.

The investment is part of a five billion ‘Umicore 2030 – RISE’ investment plan,  CEO Mathias Miedreich presented at the company’s Capital Markets Day. Next to recycling, the bulk of the investments goes to battery materials and automotive catalyst activities for classic combustion engines and fuel cell catalysts.

Umicore sees the potential to more than double revenues by 2030 this way in the sector of a cleaner mobility transformation which is accelerating and expected to grow threefold by then. But that faith is not shared by all its shareholders, as many don’t like the idea of the return on investment coming after 2025 or later. As a result, the Umicore shares plummeted by 8% on Wednesday.

According to Miedrich, the investments will be made gradually in the period 2022-2026, taking into account the cost of capital and the long-term agreements with clients from the automotive and battery sector in Europe. Umicore is also investigating the possibility of doing the same with partnerships in North America.

Today it has a partnership with Volkswagen for the production of battery materials. That deal was struck in early December last year and should account for supplying 2,2 million EVs when production capacity at Volkswagen’s battery plants has reached its peak.

Just recently, in April, the Belgian materials group struck a deal with Automotive Cells Company (ACC), the battery joint venture between Mercedes, Stellantis, and TotalEnergies. Umicore will supply the battery factories from ACC with next-generation high-nickel cathode material through its Polish factory.

Supplying for half a million EVs

Initially, Umicore will provide ACC with enough material to the equivalent of 13 GWh, a volume expected to be realized in 2024. Later, the commitment will grow to 46 GWh, meaning that the Belgium-based company will supply at least half a million EVs in Europe.

Adding the ACC agreement, that figure will rise to 2,7 million electric cars annually. With new partners Stellantis and Mercedes, Umicore grants itself access to possibly supplying half of the Western-European car market, meaning its forecasted crucial role is materializing.

Meanwhile, the Belgian materials group is looking further by investing in materials for solid-state batteries, which are seen as the future while providing more energy density and more range or EVs and faster charging while being safer as they are less prone to overheating. And this is a general belief, at a lower cost than today’s batteries.

It announced a deal with Japanese oil and chemical concern Idemitsu Kosan, specializing in solid electrolyte materials, to combine that with Umicore’s expertise in cathode active materials (CAM).

In the meantime, it remains deafening silent on the rumors of LG Chem looking into a possible takeover. According to news agency Bloomberg, last May, insiders reported that South Korean battery giant LG Chem had set its eyes on Belgian Umicore to quench its thirst for expansion abroad. Both partners declined to comment on the ‘leaks’.

Umicore is an appealing candidate for the South-Korean battery manufacturer because it needs to secure its materials supply line in the wake of the explosive global growth of EV demand. Umicore has 46 production sites and 15 R&D centers worldwide, employing some 11 000 people. It generates a revenue of €3,9 billion, of which 79% is in ‘Clean Mobility & Recycling’.

Umicore and LG Chem are far from strangers to each other. For example, both companies inked a strategic supply agreement for cathode materials in 2019. Umicore’s plant in Poland supplies most of the nickel, manganese, and cobalt in this deal. At the same time, the company also helps the South Korean chemical giant in recycling residues from production.