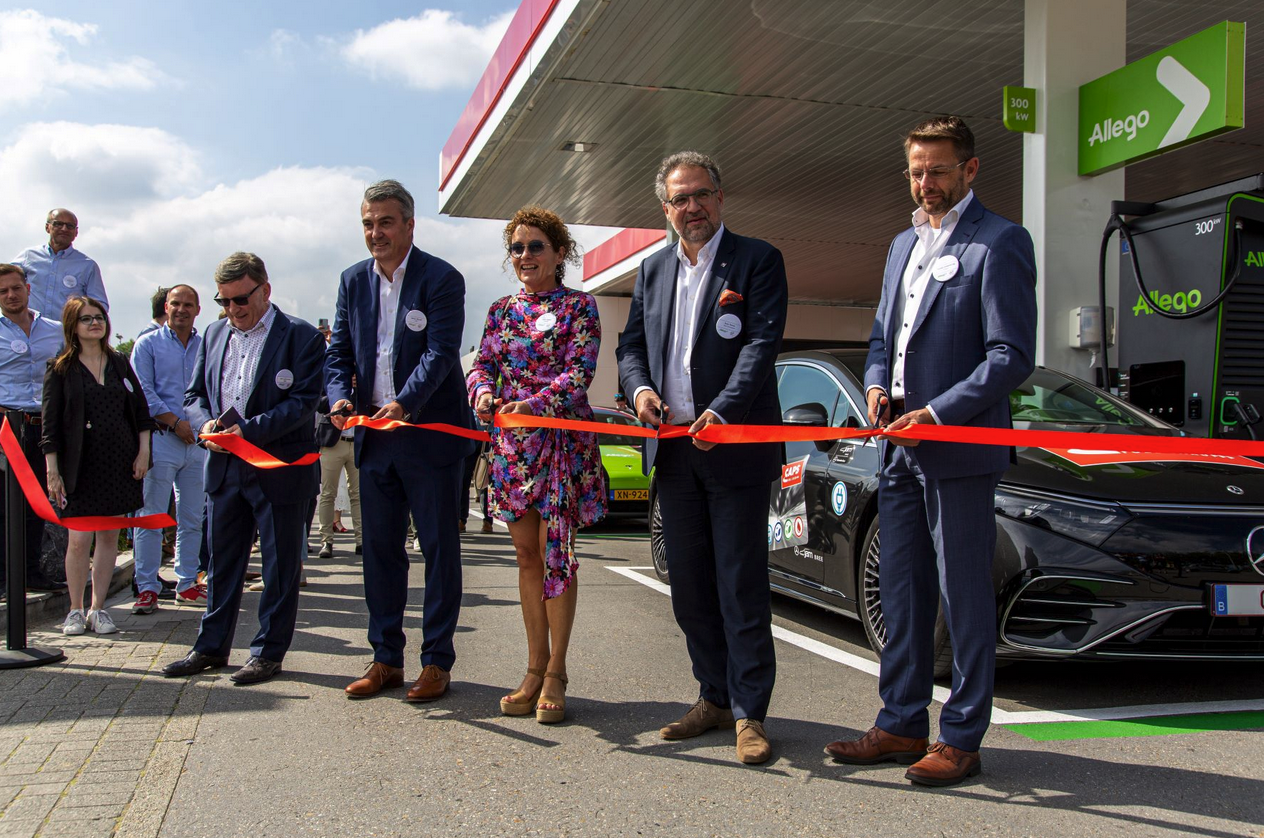 To emphasize the symbolic importance of the first classic fossil fuel station being converted into an EV charging hub, there were five to cut the ribbon /G&V

The Esso fuel station at the Antwerp Noorderlaan, run by Belgian family-owned G&V Energy Group, is the first in the country where the fuel pumps have been replaced by High Power Chargers (HPC) with 300kW capacity. A sign of the times coming, as G&V and Dutch Allego plan to do the same on 12 other locations this year, and up to 100 later to become ‘energy hubs’.

They were five to cut the ribbon to emphasize the symbolic importance of ‘energy transition’, including the Flemish Minister of Mobility Lydia Peeters (Open Vld), the Antwerp alderman for Mobility, Koen Kennis (N-VA), and Xavier Dewulf, CEO of G&V Energy Group.

At the Noorderlaan, there are two 300kW chargers capable of charging four EVs simultaneously under the Esso porch next to the shop and two more under a specific Allego porch. There are payment terminals allowing to pay with Google Pay, Apple Wallet, and all common credit and debit cards. In total, some 20 HPC 300 kW chargers and nineteen 150 kW fast-chargers will be placed in six provinces throughout Belgium. All are co-financed with European funds.

Last month, the Dutch charging infrastructure provider Allego, already well introduced and proliferating in Belgium, announced it has entered into a cooperation to install ultra-fast charging stations at 100 rest stops operated by G&V Energy Group by 2024.

The partners want to realize twelve locations before the end of 2022 and see the longer-term potential for another 100 sites. The expansion to 250 charging stations will depend on capacity utilization, says Allego.

“Both companies strive to pioneer the Belgian HPC-charging market,” says Xavier Dewulf, CEO of G&V Energy Group. “We engage ourselves to convert 100 of our most important fuel stations into modern energy hubs with the right accommodation and Breakpoint shops for a quick lunch or a coffee while the car is charging.”

Allego operates 5 000 public AC charging points in 305 Flemish municipalities and 63 DC fast-charging stations throughout Belgium. The new cooperation with G&V was officially kicked off with the first realization of a charging hub at the Noorderlaan, Antwerp, on Thursday. 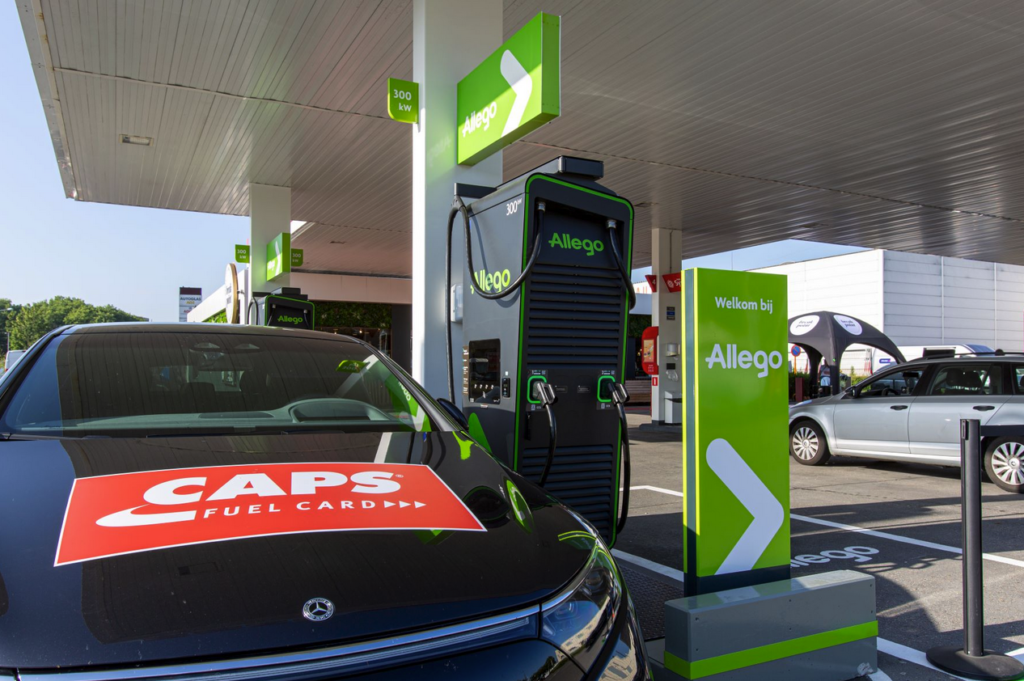