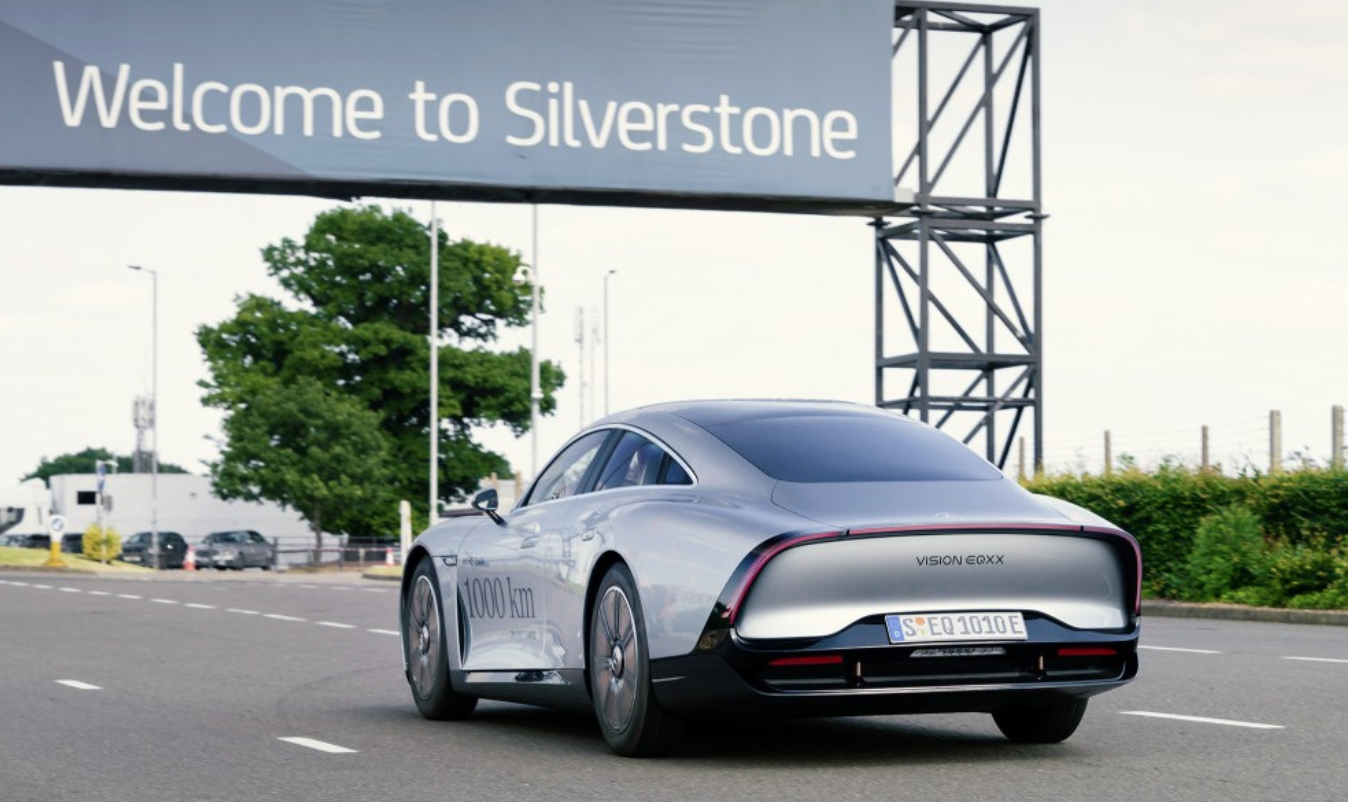 The Mercedes EQXX drove 1 202 km on one battery charge, from Stuttgart to Silverstone /Mercedes-Benz

On a trip from Stuttgart to Silverstone, the ‘most efficient Mercedes-Benz ever’ breaks its own efficiency record and drives 1 202 km on a single battery charge. Thanks to its innovative thermal management system, the Vision EQXX prototype car achieved an amazing average electricity consumption of 8,3 kWh/100 km.

Following its record-breaking maiden trip from Stuttgart to Cassis (France) in April, the research vehicle set the bar even higher with a 1 202-kilometer road trip from Stuttgart to Silverstone in the UK. After negotiating an Autobahn closure and demanding cross-country diversion near Stuttgart, the Vision EQXX crossed the French border near Strasbourg and then cruised across northern France at highway speeds to Calais, where it boarded the Eurotunnel.

Continuing its journey in the UK, it took the M25 around London and then stopped at Mercedes-Benz Grand Prix in Brackley. Waiting to greet it, there were the Formula 1 and Formula E experts who helped develop its advanced drivetrain. The Vision EQXX then carried on to Silverstone, where racing driver Nyck de Vries stepped behind the wheel.

The Dutchman, who races for the Mercedes-EQ Formula E team, opted not to go easy on the research vehicle, taking it up to its maximum speed limit of 140 kph on the iconic British race track. Making the most of the occasion, he completed 11 laps, using the last of the charge on the pit lane.

This time, the route profile did not come with lower temperatures nor the demanding energy usage and recuperation scenarios presented by the Alps during the first trip (average consumption: 8,7 kWh/100 km). Instead, the main challenges on this trip were summer temperatures of up to 30 degrees Celsius and increased traffic density around Stuttgart and in the southeast of England.

The exceptional efficiency of the electric drive unit means it generates only minimal waste heat. This helps to keep the thermal management system extremely small and lightweight. In addition, the interaction of aero-shutters, coolant valves, and pumps ensures the electric drive unit maintains the most efficient temperature balance at a minimum energy cost.

It encompasses a combination of innovative air-flow management and a cooling plate installed in the vehicle floor, enabling it to take advantage of the air flowing along the underside of the Vision EQXX. This is the most aerodynamically efficient way of keeping the electric drive unit cool under normal conditions, allowing an increase in range of around two percent in the most aerodynamic mode.

High ambient temperatures and stop-and-go highway traffic necessitated the cooling of the electric drivetrain and passenger cabin. The multi-source heat pump in the Vision EQXX proved highly efficient at keeping the cabin temperature cool in the warm summer weather. During the 14 hours and 30 minutes of driving, the air conditioning was operational for just over eight hours yet had a minimal negative impact on overall energy consumption.

At the Silverstone track, Nyck de Vries didn’t go easy on the Vision EQXX, taking it up to its maximum limited speed of 140 kph at every opportunity. He took the chequered flag after 11 laps, using up the last of the charge in the pit lane with 1 202 kilometers on the clock. “The VISION EQXX was a true pleasure to drive. It was a real honor to drive such an amazing car on such a historic track,” said de Vries, adding with a smile: “And I can tell you that the interior is definitely a lot more luxurious than the cockpit of a Formula E car.”

After this, Vision EQXX got a refresh and full recharge in preparation for its next outing this weekend at the Goodwood Festival of Speed. Appearing at the renowned celebration of historic motorsports alongside other past and future Mercedes icons, the prototype car will also take its turn on the famous hill climb.

To end, a few significant figure. The trip from Stuttgart to Silverstone and the laps on the circuit lasted 14 hours and 30 minutes. The 1 202 km were driven at an average speed of 83 kph and an average consumption of 8,3 kWh/100 km. The Vision EQXX has a battery pack of less than 100 kWh and weighs 1 755 kg. The battery pack accounts for 495 kg of this total. It has an energy density of 400 Wh/l and operates at 900 Volts. The car has a record low drag coefficient of 0,17. Its 180 kW electromotor drives the rear wheels. 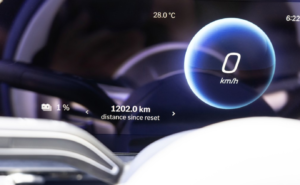 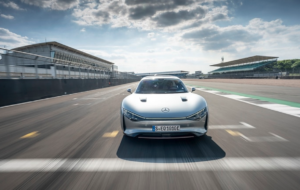 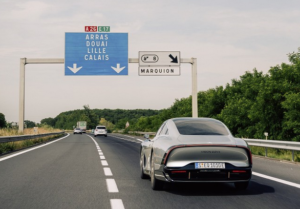 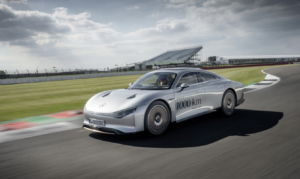