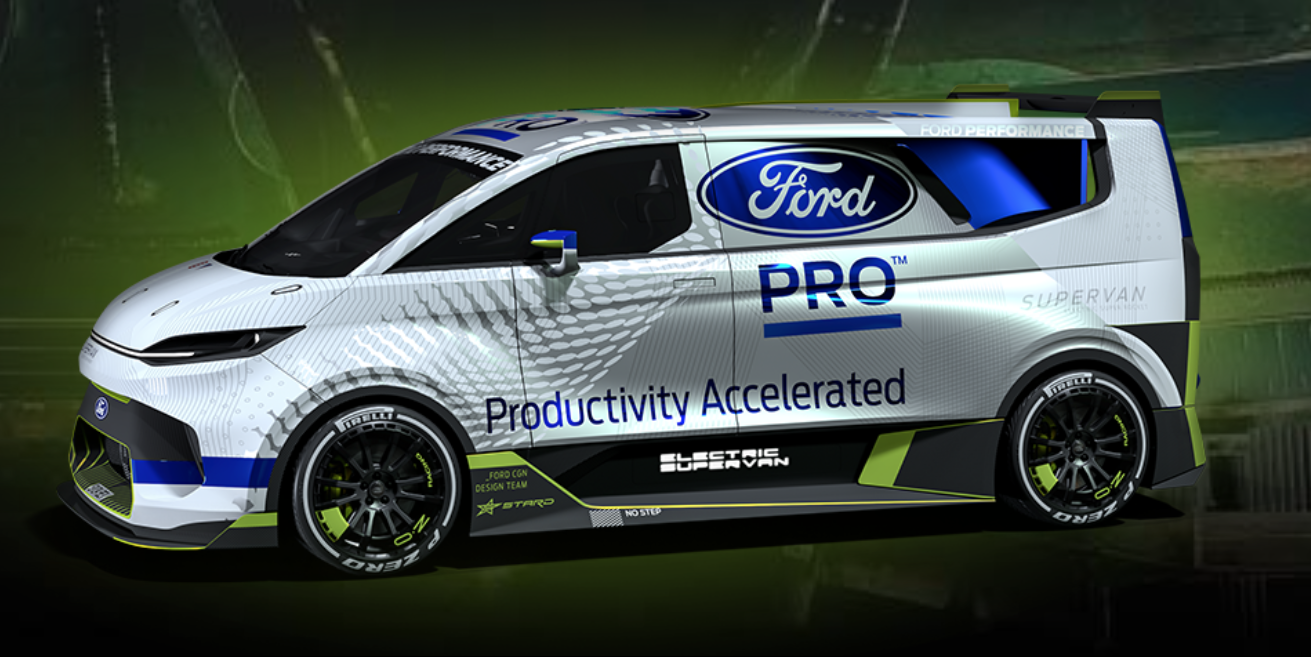 Ford Pro, the commercial vehicle division of the American manufacturer, presented the Ford Pro Electric Supervan at the Festival of Speed in Goodwood, UK. Based on the E-Transit Custom, the boosted van can sprint from 0 to 100 km/hour in just two seconds.

For Ford Performance, this particularly fast van is to showcase the potential of their electric powertrains. The manufacturer also highlights the potential of the vehicle’s connectivity. Ford Pro has optimized Supervan’s aerodynamics, brakes, and chassis.

In terms of propulsion, Ford has opted for an electric motor with a potential of over 2 000 hp, which is sufficient for truly spectacular acceleration, as it is promised that the fast e-bus will accelerate from 0 to 100 km/hour in less than two seconds.

Such figures are only possible thanks to the four-wheel-drive that the manufacturer achieves by providing an electric motor for each axle. This Supervan gets its electricity from a lithium-ion battery with a capacity of 50 kWh. The battery is centrally mounted and water-cooled because it has to supply a lot of energy in a short time, causing the temperature to rise rapidly.

The Electric Supervan was on display at the Festival of Speed at Goodwood. More and more manufacturers are using this event as a showcase for new products and technologies as the number of international car shows continues to decline.

The Supervan may have exceptional acceleration values, but its technical added value remains limited because it only excels in short sprints. The challenge for electric (commercial) vehicles lies in autonomy, battery innovation, and possibly hydrogen solutions.