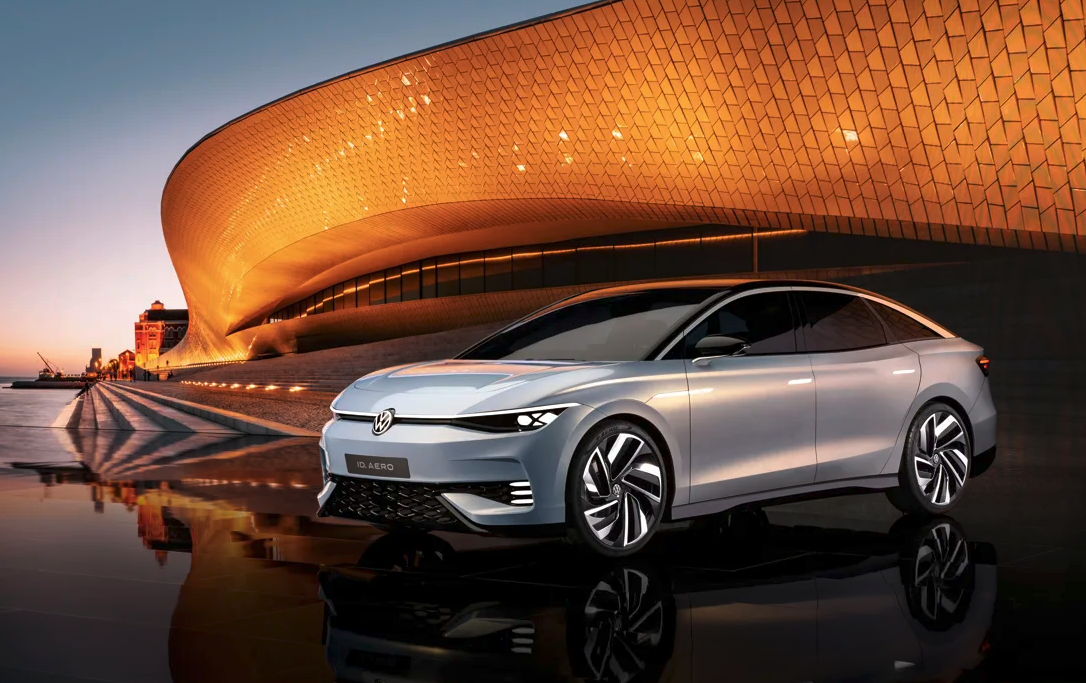 With a drag coefficient of 0.23, the Volkswagen ID. AERO concept car promises excellent energy consumption and a range of 620 km with a 77 kWh battery /VW

On Monday, Volkswagen unwrapped its next electric vehicle in the line-up in China, the ID. Aero. A four-doors sedan with a 77 kWh battery that will offer an estimated WLTP range of 620 km. After the ID.4, this model will be the carmaker’s next global car for Europe, China, and the US, Ralf Brandstätter, CEO of Volkswagen Passenger Cars, said.

The sleek sedan shown in China owes its ‘AERO’ designation to a drag coefficient of 0.23, helping reduce power consumption to 13.7–12.9 kWh/100 km (NEDC), according to Volkswagen.

To compare: the Mercedes EQS does better with a drag coefficient of 0.20, and the EQXX concept excels with a coefficient of 0.17. That Vision EQXX prototype car achieved an amazing average electricity consumption of 8,3 kWh/100 km, thanks to its innovative thermal management system, and just broke its own record driving 1 202 km on a single battery charge.

Like the Chinese love SUVs as the preferred body type, Volkswagen already introduced four ID SUVs and the compact cross-over ID.4. The sedan, though, is the second most popular body shape in China, hence the introduction here first of VW’s first EV sedan. Being just under five meters long, it’s targetting China’s mid-size sedan segment, where 2,5 million cars were sold in 2021, or 12,1% of the total market.

The ID.6, shown in Shanghai in both versions in April 2021, was the first model in the ID family to be developed specifically for the Chinese market. It was “tailored specifically to the needs and wishes of Chinese customers in terms of space, functionality, design and, in particular, user experience.”

Close to the production model

The sleek show car VW has shown now, with its narrow light strip extending horizontally across the front and back around the illuminated Volkswagen badge and illuminated concealed door handles, is pretty close to the final production model, Ralf Brandstätter promises.

The final production model for China will be unveiled at the beginning of 2023, with deliveries starting in the year’s second half. There will be two versions, one of Volkswagen FAW and one of SAIC Volkswagen. The European version will differ, though, and production of this version will start at the Emden plant in Lower Saxony, Germany, in 2023.