‘100th anniversary edition of Brussels Motor Show will be special’ 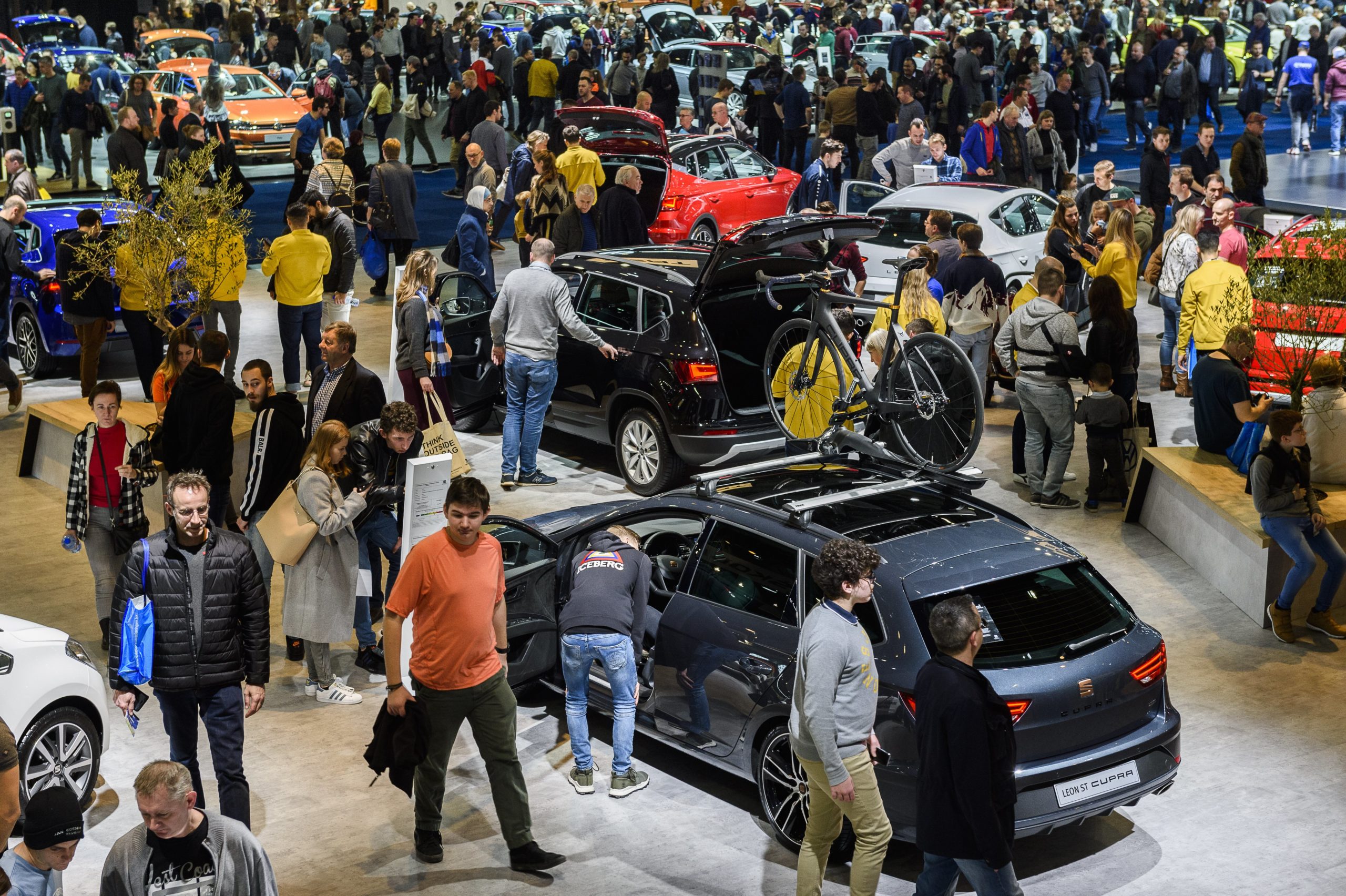 The crowd at the closing weekend of the last ‘physical’ Brussels Motor Show in January 2020. Organizer Febiac hopes that the public will return ‘en masse’ next year to celebrate the 100th anniversary of the BMS /Belpress

The organizer of the Brussels Motor Show, Febiac, has announced that the anniversary edition (100) will be memorable. From 13 to 22 January 2023, the 100th edition will take place at the Brussels expo premises, and Febiac promises some ‘specific experiences’ next to the ‘normal’ show to put the anniversary into perspective.

“Many brands already confirmed to participate in this jubilee edition,” says Febiac CEO Andreas Cremer. “Since the show’s last ‘physical’ edition in 2020, much has changed in our sector. Therefore, the Brussels Motor Show (BMS) 2023 is a unique opportunity to show our new products, innovation, and techniques to a larger audience.”

“Today, we already receive the participation form and positive feedback from the participating brands when they are confronted for the first time with the new concept. This makes us confident about the success of this 100th-anniversary edition.”

There won’t be an exposure of products and services on the different stands alone; Febiac will develop a series of activities to make this jubilee edition unique. “Of course, we will celebrate the anniversary with specific ‘experiences’,” says Gabriel Goffooy, Director of Communication and Events at Febiac.

“We will further develop the dimension ‘consumer information’: the evolution in the car sector is so important and impressive that a lot has to be said and communicated. With this anniversary edition, we want to start the future. So, it will not be a follow-up of the previous 99 editions; it will be the first of a new era. We will give more details about the new concept and its festivities in October 2022.”

To put all this into reality, Febiac also counts on many partners. Brussels Expo, for example, the provider of the facilities in the north of the Belgian capital, but also Fast Forward from Ghent, a company that specializes in the organization of significant events, and AddRetail to ensure the communicative part of the show.

“The success of this jubilee edition is built on the experience and strong motivation of all our partners,” concludes Goffoy. “Hundred years of experience combined with innovative insights will lead to fascinating new perspectives. We will be ready for the next 100 years!”

There seems to be a hurray mood again at Febiac, the organizer of the BMS whose main revenues come from organizing this yearly event. Many people have been leaving (or had to go) the organization in the past year, which has been slimmed down extensively. Therefore, this next half year will be the period of truth for the importer federation.

In the past, there was a lot of hesitation of some (also big) importers if it was still necessary to participate in such a big but also costly event. At first sight, for the anniversary edition, almost everybody wants to be on the scene again. But the organizers will have to seriously rethink the basics of their business if they want to be ‘in’ for the next decades. In the western world, car shows haven’t been flourishing lately. We will see if BMS can reverse this tendency.