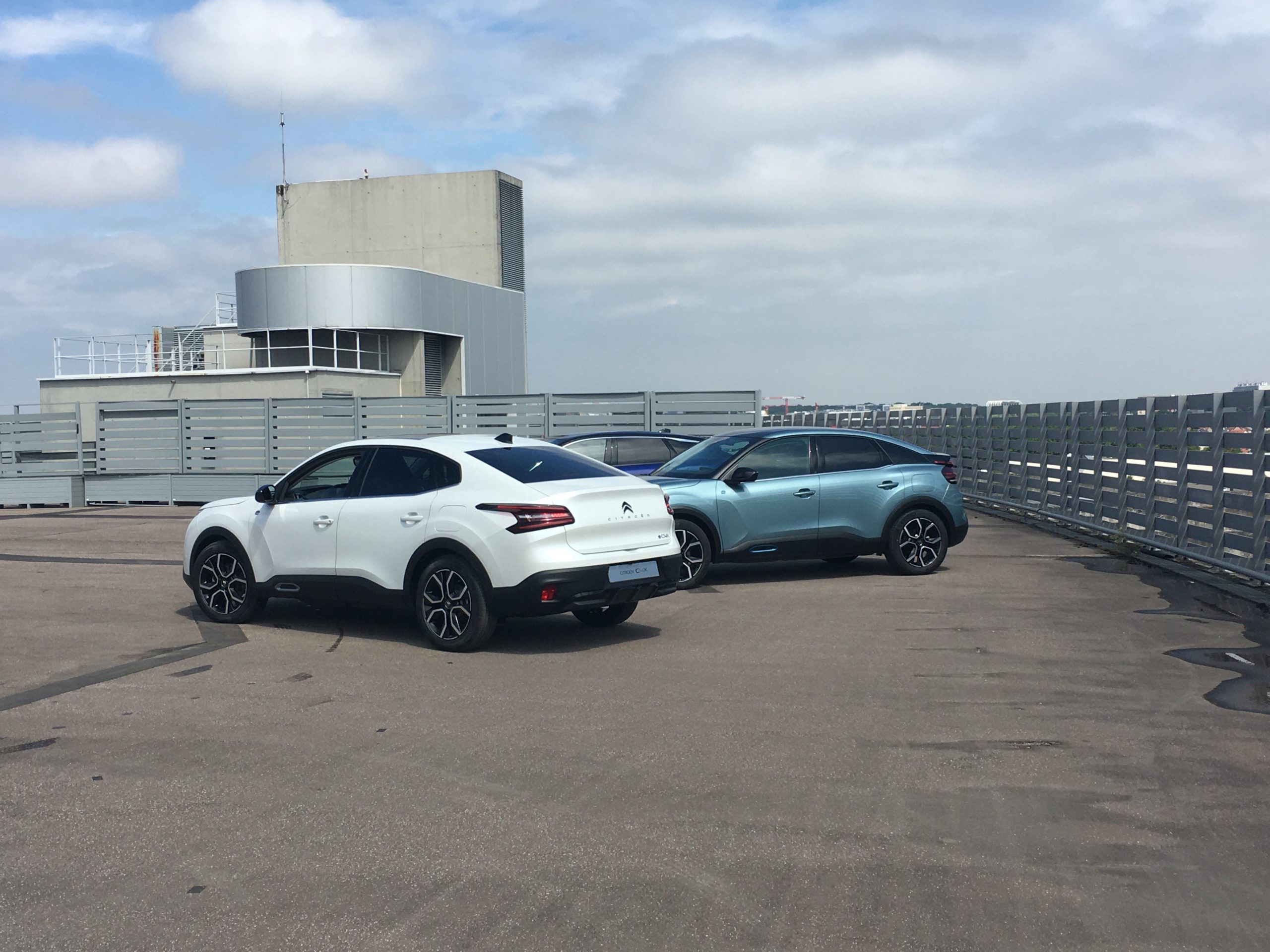 The difference between the Ë-C4 (right) and the Ë-C4 X (left) is only in the longer stern with the larger trunk. This shape makes the car more aerodynamic and fuel efficient /NMN

Citroën is developing an additional model to be positioned between the existing C4 and the C5 X. The new model will be baptised C4 X and will feature a 100% electric drive. Depending on the market, versions with combustion engines will also be offered for sale.

In practice, the C4 X is an evolution based on the existing C4, as it shares the modular EMP2 platform. The C4 X makes the difference with a sloping roofline, a longer boot, rear lights that run into the flank, and a discreet spoiler integrated into the boot lid.

Variation on a theme

Although it is larger than the C4, its wheelbase of 2 670 mm is identical to that of the C4. However, the C4 X is almost 20 cm longer (4,60 meters) and that extra space is mainly in the larger rear overhang, which translates into a larger trunk that can take up to 510 liters.

The advantage of this approach is that all body panels up to the B-pillar are identical, reducing development and production costs for this additional model.

Because the C4 X was developed on the EMP2 chassis, the manufacturer is able to provide both conventional internal combustion engines and electric drive. For certain European markets (South and East) there will be combustion engines (1.2 turbo gasoline and 1.5 diesel with 130 hp), but for the Belgian market, only the electric version is planned.

The drive system of this Ë-C4 X is exactly the same as that of other electric vehicles of Stellantis origin. It is an electric motor that delivers 100 kW (136 hp) combined with 260 Nm of pulling power. The maximum speed is limited to 150 km/h and a 0-100 km/h sprint can be achieved in 9,6 seconds.

As standard, the Ë-C4 X is equipped with a single-phase AC charger, but you also get DC fast charging at 50 kW. An optional three-phase AC charger is fitted so that the car can be charged more quickly from a conventional public charging post or a (three-phase) wall box at home.

Stellantis also takes a rational approach to the lithium-ion battery, because the E-C4 X will have exactly the same battery as the other Citroën, Peugeot, and Opel products. With a capacity of 50 kWh, a driving range (WLTP) of up to 360 km should be possible. That’s slightly better than the existing E-C4 and that better performance would be mainly due to better aerodynamics with the longer stern.

Prices will not be communicated until November 2022, and this new model is expected in showrooms around the turn of the year.