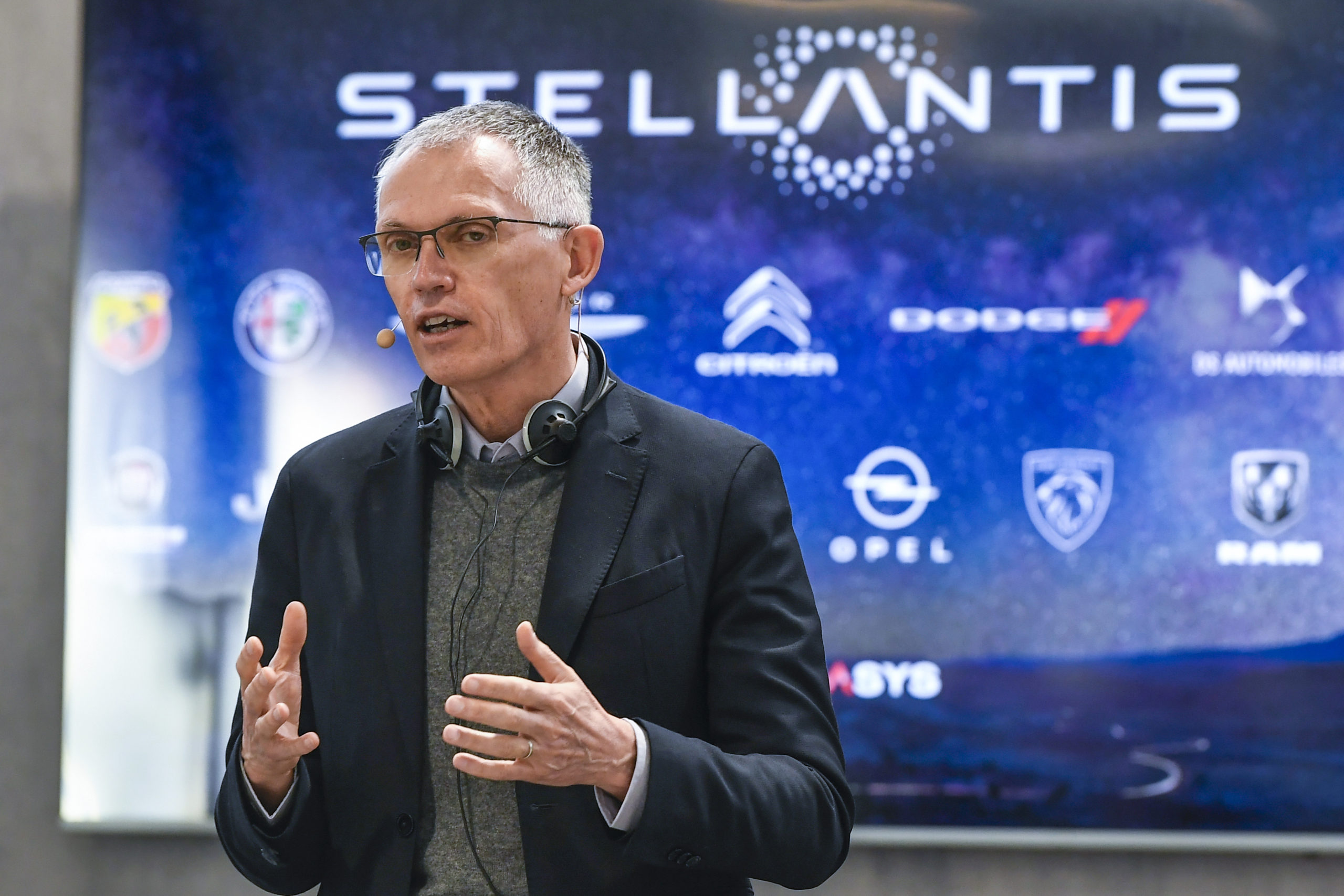 Carlos Tavares, CEO of Stellantis, here addressing the Italian workers’ unions at the beginning of this year, aims at mastering its energy consumption and production as much as possible /Sipa USA)

Carlos Tavares, CEO of Stellantis, says being worried about the soaring energy tariffs. Add to that the steeply rising prices for raw materials, and you have a perfect storm that the car boss wants to counter with a 360° vision of mastering its total energy consumption and production.

We have had the coronavirus, we still have the war in Ukraine, and there is a parts shortage. Now the energy cost to produce cars goes soaring, and at the same time, the raw material prices are rocketing. So when visiting its production plants in Metz-Trémery, the Stellantis CEO has launched the idea of producing its own energy.

To achieve this, Tavares sees different possibilities. First, there is a partnership with a specialist in energy production; for example, by covering the roofs of all factories with solar panels, there are other possibilities of producing energy and (maybe as vital) saving energy.

For Tavares, the energy cost has become so important that it is now an integral part of the value chain. “Our strategy and ambition are to have a 360° vision on our value chain,” he said in Metz. He remembered his time in 2011, still working for Renault and spending time in Japan with Nissan when the nuclear catastrophe of Fukushima took place. Then also the industry was the first to suffer from the consequences of a possible energy shortage.

He sees parallels with the current energy crisis. “The priority of the authorities in case of energy shortage will be the energy for the households,” he says. That’s why he will accelerate his plans to save energy and produce its own energy. Part of this energy transition is, of course, the electrification of the offer. Peugeot has already announced that it will stop selling ICE cars in Europe in 2030 and wants to produce five million fully electric vehicles per year by the same year.

In both cases, these manufacturing plants for drive trains in the northeast of France still produce ICE engines (and the transmissions for them) at 85%. In two years, this will have gone down to 50%, and this will continue. In Trémery, Stellantis has created a joint venture with the Japanese company Nidec, specialized in small electric motors. This company, called eMotors, will soon build all electromotors that Stellantis was buying from Vitesco (Continental) until now.

“Today, only one-quarter of the premises are already occupied,” says Eric Demange, director of the production plant Trémery, “but in 2024, we will occupy the full 30 000 m2 and produce 1 million electromotors every year.” At the moment, Stellantis is still producing some 500 000 units with parts coming for 95% from China; in two years, 90% of the parts will be sourced in Europa, and eMotors will produce cheaper and better motors.

In Metz, the manufacturer is cooperating with Punch Powertrain. The joint venture eTransmissions will build transmissions dedicated to hybrid and plug-in hybrid vehicles and later maybe also to fully electric vehicles. The production will be increased to 600 000 units in 2024.

At the same time, Stellantis has officially confirmed plans to build a third Automotive Cells Company (ACC) battery factory in Termoli, Italy. For this purpose, Stellantis’ existing engine plant will be converted into a battery factory.

By 2030, this joint venture of Stellantis, Total, and Mercedes-Benz, aims for a total battery cell capacity of at least 120 GWh. The Termoli plant will have a capacity of 40 GWh in this, while two other ACC plants in Douvrin (France) and Kaiserslautern (Germany) are planned to be upgraded from their initial 24 GWh each to 40 GWh each.

The conversion of Stellantis’ current engine plant in Termoli into a battery factory will begin in 2024, with production to start by 2026. ACC expects the battery factory to reach total capacity in 2030 with around 2 000 employees.

The reconversion of all these plants from producing ICE engines and transmissions into electrification factories (electromotors, transmissions, and batteries) can significantly affect the number of employees occupied there. Stellantis has promised to give workers’ unions full updates about its plans but didn’t give specific details yet.