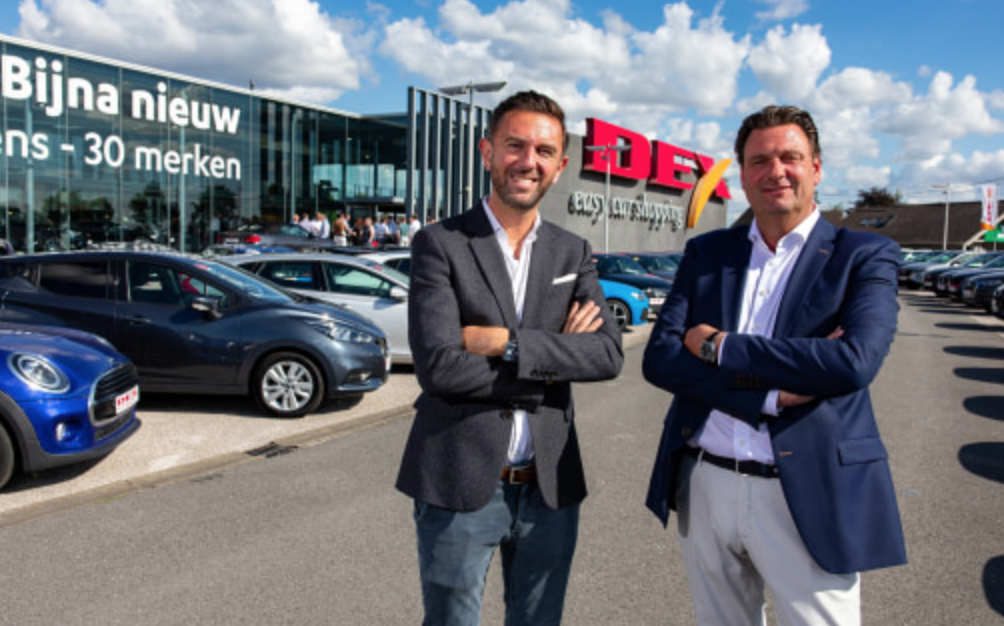 The multi-brand seller Dex (West-Flanders) is expanding its business into the north of France. In a time when car distribution is under pressure, and there is an ongoing consolidation of dealer groups, the 17-year-old multi-brander chooses the flight ahead and expands its Belgian 17 branches business into French territory.

Dex was founded in 2005 by former Ford dealer Joost Huys (51). That year, he opened a multi-brand showroom in Hooglede-Gits (West-Flanders). Initially, he only sold young second-hand cars; later, he offered new vehicles at attractive prices thanks to an expanding European network of suppliers at bottom prices.

For a relatively long time, Dex was only one settlement in Hooglede, where the recent second-hand cars were checked entirely and overhauled before being sold. Since 2015, the Dex group now counts 17 branches, all independent franchise holders who pay Dex a fee for IT and marketing initiatives.

Last year, the Dex group realized a turnover of €70 million and registered a €3 million+ benefit. The group sells 4 000 to 5 000 cars yearly (new and second-hand) and has a permanent sales stock of some 1 000 cars to react swiftly to changing market conditions. Since 2009, there’s also an online shop representing 10% of the turnover.

“In the car retail sector, we see a consolidation,” says Huys. “We don’t want to sit and wait. Many smaller car dealers are losing their contracts and tend to join us.” Nevertheless, Huys stays persuaded that real showrooms remain an asset: “Certainly when one sells second-hand cars, people like to see and feel what they are going to buy. Online selling may grow, but we make a difference with our showrooms. A client on the other side of the country can see a car online and ask to see it in our showroom near his home. That visit often makes the difference.”

Into France… and further

Now the Dex group has found a partner in the north of France. The family group Verbaere has been active since 1950 in northern France around Lille, Valenciennes, Maubeuge, and even Reims. The group counts 12  shops and employs some 200 people. Last year, the group realized a turnover of €118 million. “With Jean-Charles Verbaere (42), we found a partner who shares our vision. As a result, we will expand Dex in France as we did in Belgium,” adds Huys.

From now on, the new collaboration between Verbaere and Dex will try to expand also in France under the name Dex and with the same franchising formula. In the coming years, Joost Huys wants the new group to expand to some 50 branches in the whole northern part of France. “The first settlement comes in Douai, where we are building a showroom and a logistics center.”

Together, Verbaere en Huys will form a new group to expand the Dex formula further. The mid-term ambition is to expand into other European countries too. Huys is often seen as another Cardoen (now owned by the French Aramisauto) or a competitor for the Dutch Van Mossel Group or the Swedish Hedin.

Huys doesn’t necessarily agree: “Van Mossel and Hedin work with dealer networks and importers of new cars; with Cardoen, there may be a partial overlap, but they are choosing lower market segments than we are. As a result, we can shift gear more rapidly than our competitors.”

“We know that the second-hand market will become even more important in the coming years,” concludes Huys. “A car is getting more expensive; electrification makes it too costly for many potential buyers. For those people, we have a solution: already now, we have 10% of hybrid and electric cars on our offer. So we’re going for ‘easy car shopping,’ and that certainly has potential, Europe-wide.”