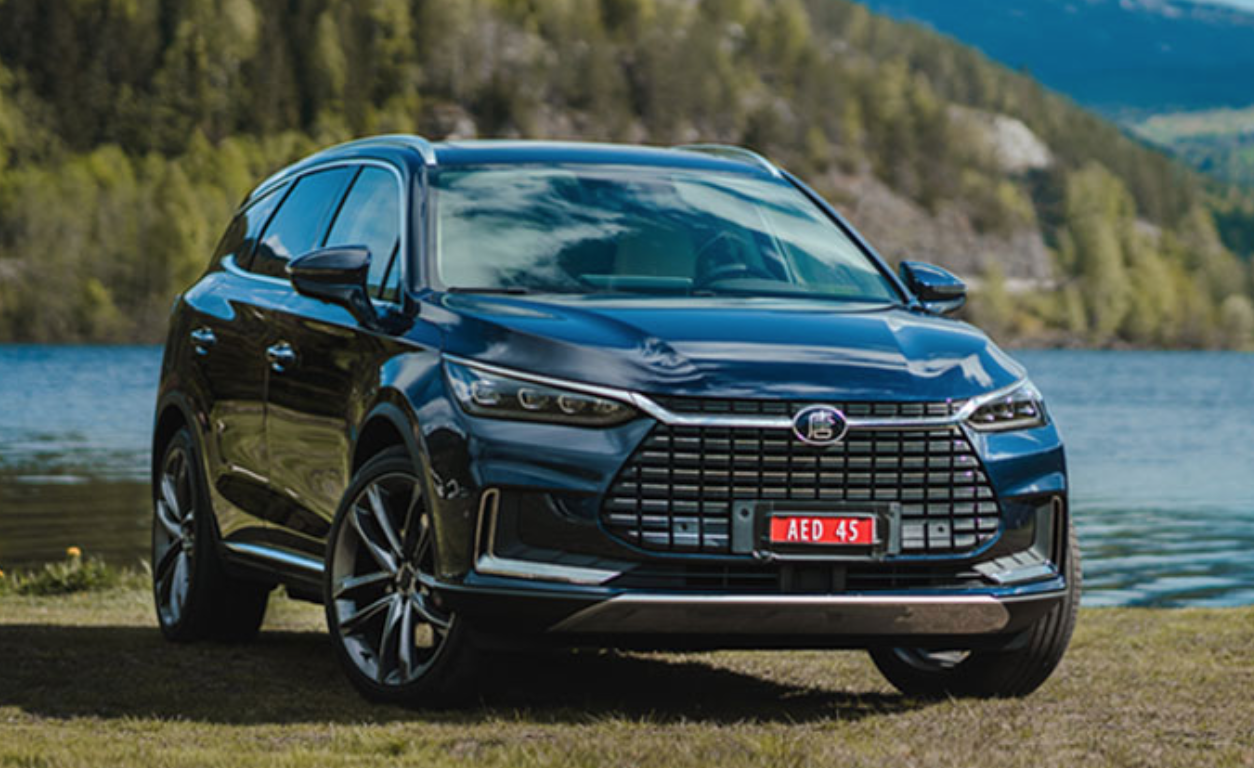 Chinese BYD is coming to the Benelux, with the Tang SUV probably the first vehilce to be imported, like it is already in Norway /BYD

Chinese car manufacturer BYD is tackling the following countries after Norway with its aim to conquer Europe: the Benelux. In the Netherlands, the Chinese manufacturer has selected the car dealer group Louwman as its national sales partner. In Belgium and Luxembourg, it partners with Inchcape. Both are also Toyota importers in their respective countries.

Louwman will offer BYD customers in the Netherlands online and offline sales and after-sales services. According to a BYD press release, this means a digital platform for online ordering, customer service, and advice. In addition, offline sales and after-sales services for BYD drivers will also be provided through the company’s dealer network. The Belgian importer Inchcape has refused to comment on the pending deal yet.

A first BYD showroom, where interested parties can also examine vehicles from the Chinese manufacturer, will open in Amsterdam in September, followed by other locations. The announcement does not say which models BYD will offer; in Norway, it is the Tang EV electric SUV.

BYD (Build Your Dreams) has become one of China’s more prominent independent car manufacturers (number three after Geely and Chery). It started 27 years ago in Shenzen, building batteries for cell phones. Later, it has become one of the more prominent players in eMobility solutions across all types of transportation, including electric buses, trucks, vans, and passenger vehicles.

One of its strengths is that it produces its own type of battery, the Blade, an LFP battery (lithium-iron-phosphate) with advantages of performance, size, and price. In addition, BYD claims to be the first manufacturer of NEVs (new energy vehicles) to stop the production of ICE vehicles globally and focus only on BEVs and plug-in hybrids.

The recent news that BYD has overtaken Tesla as the world’s largest manufacturer of electric cars is, in that sense, a little undue because Chinese regulations permit PHEVs to be considered fully electric cars, while Tesla is only producing BEVs. In any case, BYD is proliferating: at the end of the year, it opens its fifth plant in China and will have a capacity of building some 3,5 million EVs per year.

Already in 2008, the famous American investor Warren Buffet invested some $230 million in BYD via its hedge fund Berkshire Hathaway. Currently, this investment is valued at $6,9 billion, making the total value of BYD nearing €130 billion, almost twice the value of… the Volkswagen Group. Tesla is, of course, still (over)valued six times more.

In 2014 already, BYD appeared for the first time on the Belgian market, delivering 35 taxis in Brussels. Some are still used, but the manufacturer withdrew silently due to various problems (reliability and charging issues mainly). Meanwhile, its bus division has been far more successful on the Old Continent. For example, Brussels Airport ordered 30 electric buses for use on the tarmac not so long ago. In Amsterdam’s Schiphol, there are already 35 of them in use.

But the most significant success until now is written by Geely. This Chinese car manufacturer, which also owns Volvo Cars, has started a steady but growingly successful invasion of the European markets with its Polestar daughter on the one hand (BEVs with a Volvo heritage) and with the saleswise innovative Lynk&Co on the other hand. Others will surely follow.