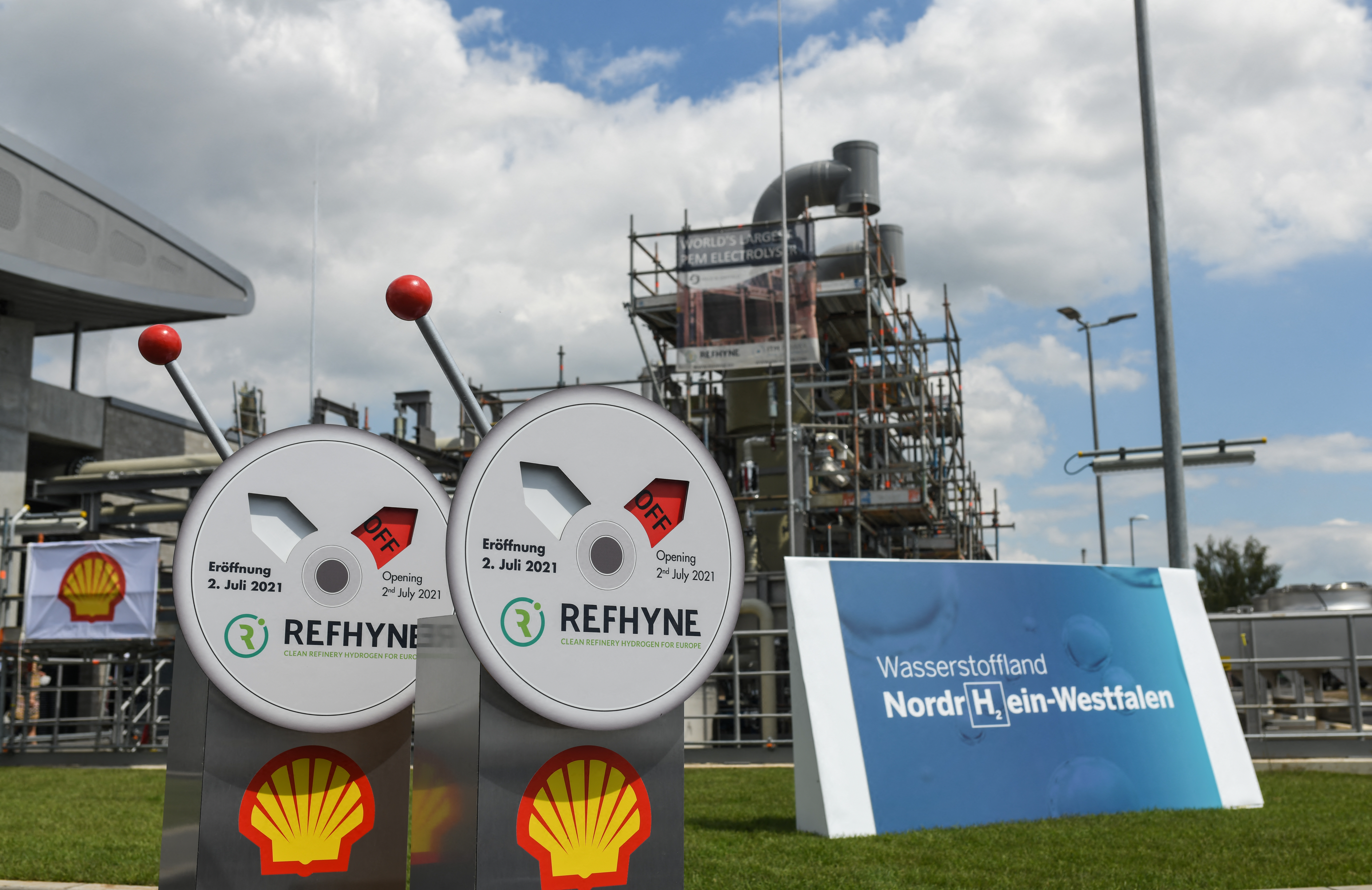 One of Shell’s first plants for the production of green hydrogen is situated on the site of the Shell Energy and Chemicals Park Rheinland in Wesseling, Germany. Europe’s biggest hydrogen electrolysis plant so far /Belga-AFP

Shell, the global group of energy and petrochemical companies, will build Europe’s largest green hydrogen plant in Rotterdam. Holland Hydrogen I, as the production unit is called, will be operational by 2025 and is expected to produce 60 000 kg of renewable hydrogen per day. In theory, good for the heating of a hundred thousand houses.

The necessary electricity will partly come from the offshore windfarm Hollandse Kust Noord, partly owned by Shell. The electrolyzer, which has to transform wind energy from the North Sea into hydrogen, will have a 200 MW capacity.

The green hydrogen will be used by the industries in the Port of Rotterdam. Apart from that, Shell is planning to provide its large refinery in Pernis with green hydrogen to replace part of the grey hydrogen used today. It can also be used for trucks running on hydrogen.

Although Shell’s new hydrogen plant will be the largest in Europe, its production will be relatively small. Today, demand in the Netherlands alone represents 1,5 million tons a year. Holland Hydrogen I can only produce 1,5%.

“Of course, we need more production capacity,” admits Marjan van Loon, president-director of Shell the Netherlands. And the company certainly has ambitious plans to scale up the use of hydrogen in the Netherlands. “But this is the first huge project, and hopefully the start of the greening of the economy in the Netherlands and Northwestern Europe.”

Hydrogen is considered a clean alternative to natural gas in industrial processes. So when it is up to Allard Castelein, a senior executive of Port of Rotterdam, the harbor will become an international hub for hydrogen production, import, and transit to several countries in Northwestern Europe.

Hydrogen can help reduce CO2 emissions and counter the country’s dependency on Russian fossil fuels. Greenpeace has called the initiative “a positive development”, and says that green hydrogen is the future’s energy source. The environmental organization only regrets that the green hydrogen will be used to green the use of fossil oil instead of replacing it.

The importance of hydrogen is growing now that companies must stop using fossil fuels to meet the Paris climate agreement. And it’s an international phenomenon. All significant European energy concerns are considering hydrogen, especially now that they all want to escape from Russian gas.