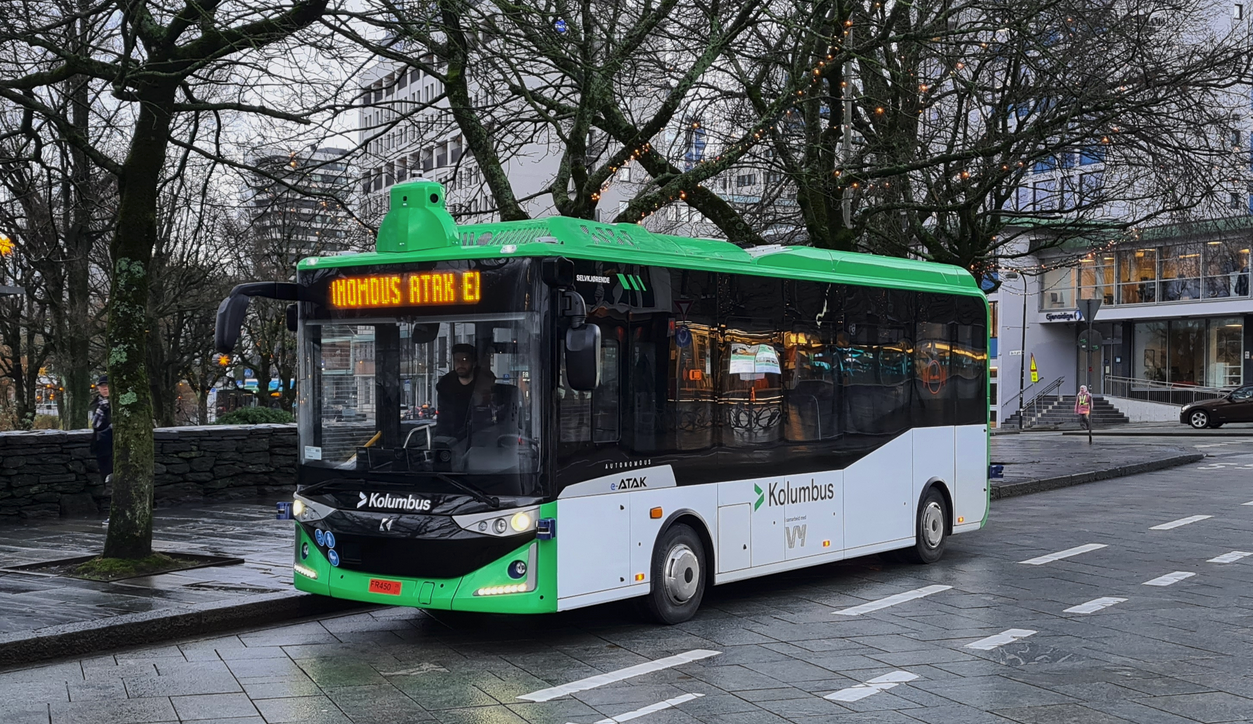 The city of Stavanger, Norway, is the first in Europe to commission a autonomous Level 4 midbus from Turkish Karsan in regular service /Adastec

For a few weeks now, an e-ATAK eight-meter-long midibus of Turkish light commercial vehicle builder and bus manufacturer Karsan has been running autonomously on a daily service from Stavanger’s bus operator Kolumbus in Norway. It’s equipped with autonomous Level 4 driving hardware and software supplied by Californian company Adastec and is claimed to be the first self-driving midibus in Europe.

The Karsan e-ATAK uses BMW’s electric car technology with 220 kWh batteries and a 230 kW motor, offering a range of 300 kilometers. It can accommodate 52 passengers, making it bigger than other autonomous shuttles.

Level 4 autonomous driving means that the midibus can drive independently on a well-defined trajectory through the city of Stavanger, but a ‘driver’ is still aboard to take the wheel in extreme circumstances.

“We made our first export to the Northern European market, Norway, with our 8-meter e-Atak autonomous electric bus. We continue to be at the forefront of the future of transportation with our products, with the vision of ‘one step into the future of mobility, ’ says Karsan CEO Okan Baş. “This is another milestone for Karsan Autonomous e-Atak, as it will be the first driverless large bus to carry passengers in real road conditions in Europe.”

In Luxembourg, Karsan just sold 89 e-ATAK buses to six companies to operate on the city and intercity public transport lines from mid-July. Still, these are not equipped with the lidars, cameras, and software for autonomous driving. With the e-ATAK fleet that will be put into service in Luxembourg, Karsan claims to have the largest electric midibus fleet in Europe.