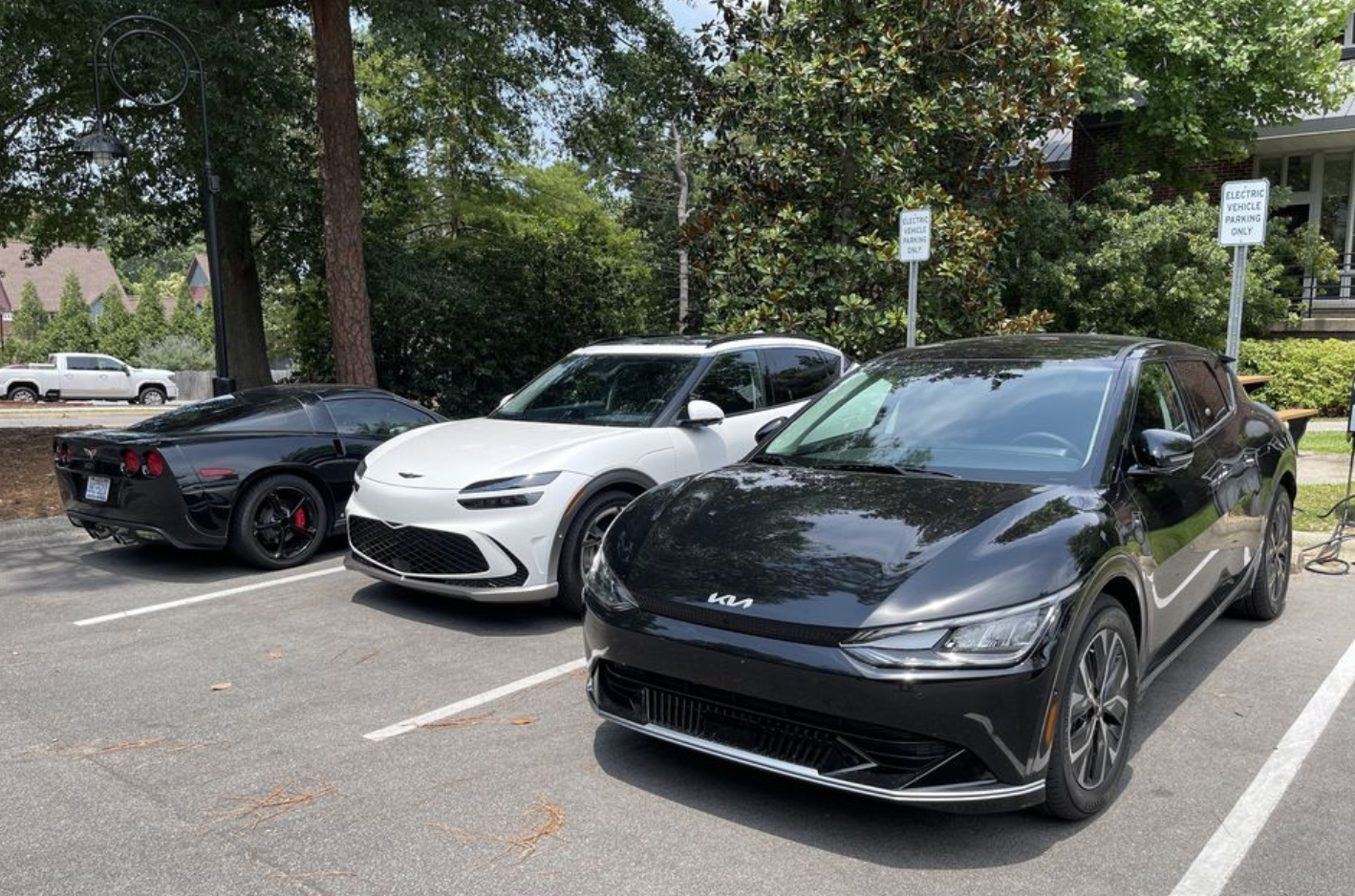 A bill currently under study in the North Carolina legislature would allocate $50 000 to get rid of free public EV chargers unless free gas pumps are built alongside. That’s what a Car&Driver magazine contributor has noticed in its state and neighborhood, District 52 of that same US state.

“Politicians have to run on some kind of platform,” writes Ezra Dyer in Car&Driver, “and Ben Moss – my incoming state House representative here in North Carolina’s District 52 –decided that his animating principle is ‘Being Mad at Electricity’. To prove his animosity toward this invisible menace, he’s sponsoring House Bill 1049, which would allocate $50 000 to destroy free public car chargers.”

Moss isn’t saying that free public Level 2 chargers are to be really destroyed. He wants everybody to be treated equally, so the commune has to put free gas and diesel pumps next to the free chargers (most are not free, by the way). Moss finds it unacceptable that some citizens would benefit from a few bucks once they’ve invested (heavily) in an electric vehicle.

And it’s not about public chargers only. Moss is also thinking about businesses that put a free charger on their property to attract EV drivers as new, loyal customers. House Bill 1049 decrees that all customer receipts will have to show what share of the bill went toward the charger out there in the parking area.

A project of a local bill like this one could be seen as a joke, but what is worrying is that it’s illustrating the profound suspicion and division that is being created lately in US society.

If everyone is on the watch of what ‘unjust’ benefit a fellow citizen might get from a governmental or even a private initiative, now there’s a society preparing its own funeral. I, for sure, wouldn’t want to live in it.