Hyundai has unveiled the RN22e and the N Vision 74, two very different electric car studies from its N performance sub-brand. In addition, the Korean company has also confirmed that the Ioniq 5 N will debut in 2023.

The compact electric car is the brand’s first fully electric high-performance model. Although the Ioniq 5 N performance data have not yet been revealed, given the EV6 GT and the RN22e, anything other than the 430 kW all-wheel drive would be a surprise.

Both studies are not just purely show cars but are to be used as ‘rolling laboratories’ in which the company’s “advanced technologies are tested and verified to apply them to future production models”.

“Rolling labs represent the continuous development of our most advanced technologies,” he explains. And he adds: “This unique approach makes us ready for the challenges of the future by empowering us to push ourselves to the limit.”

The RN22e has a 430 kW all-wheel drive and a 77,4 kWh battery, a familiar combination in the Kia EV6 GT. Officially, it is only said that the RN22e uses Hyundai’s Electric-Global Modular Platform (E-GMP) and carries the body design of the Ioniq 6. The Korean automaker has not yet confirmed whether it will be the harbinger of a later series model.

The study for the battery-electric RN22e builds on the recently unveiled Ioniq 6. It could thus provide a glimpse of a possible Ioniq 6 N, although Hyundai is currently somewhat coy about this in its public communication. 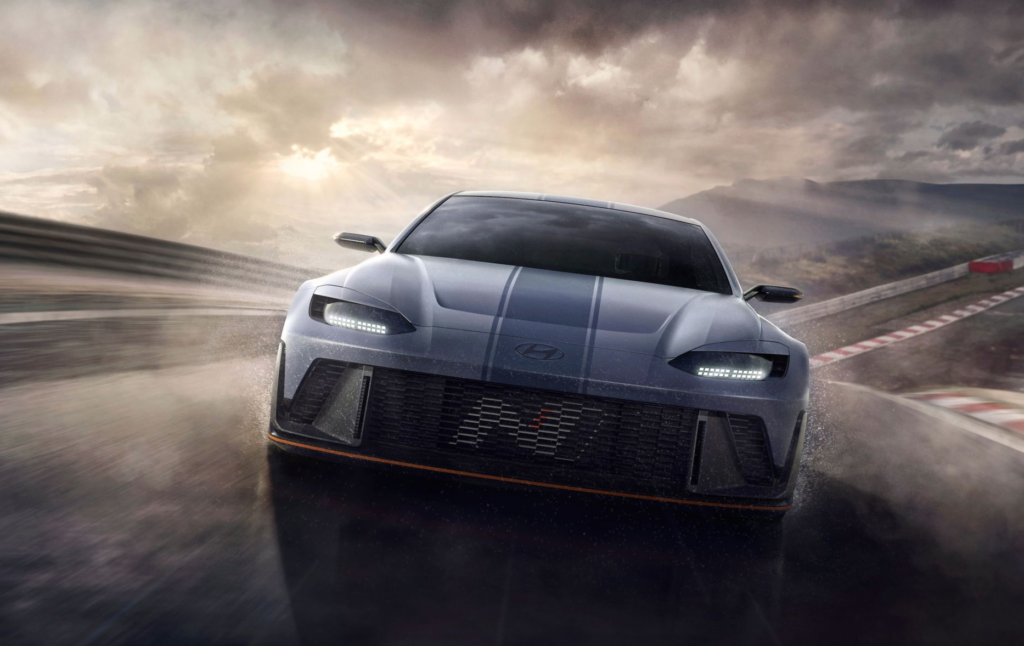 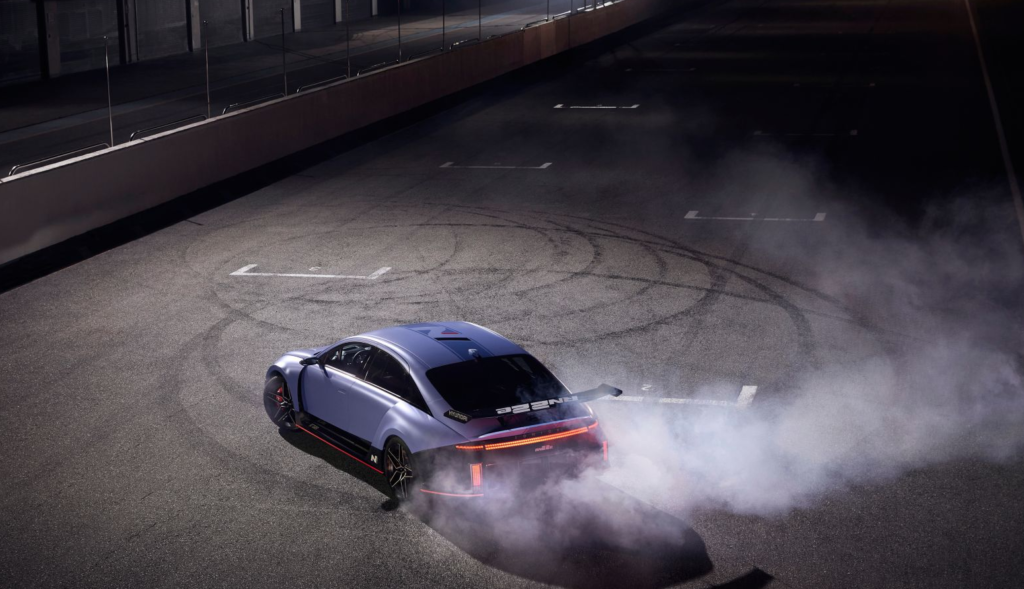 The second study, N Vision 74, relies on a retro design and a combination of a fuel cell system with up to 95 kW and a rear-wheel drive of over 500 kW. The hydrogen tank is said to be able to hold 4,2 kg of H2. The 62,4 kWh battery not only serves as buffer storage for the fuel cell but can also be charged externally. Hyundai speaks of an “800-volt fast charging capability”.

The powerful electric car powered by a battery and hydrogen fuel cell can be refueled in 5 minutes. He has a maximum speed of over 250 kph and a driving range of over 600 kilometers. It’s no surprise that the Korean company has been inspired by motorsport for this study.

Hyundai says that the N Vision 74 battery and fuel cell power combination improves cooling efficiency. At the same time, the study envisages the two power sources being used differently according to driving conditions. Recently, Renault has shown us a concept for a new Scénic following the same principles: a smaller battery package but a fuel cell on board serving as an additional power source and a range extender. 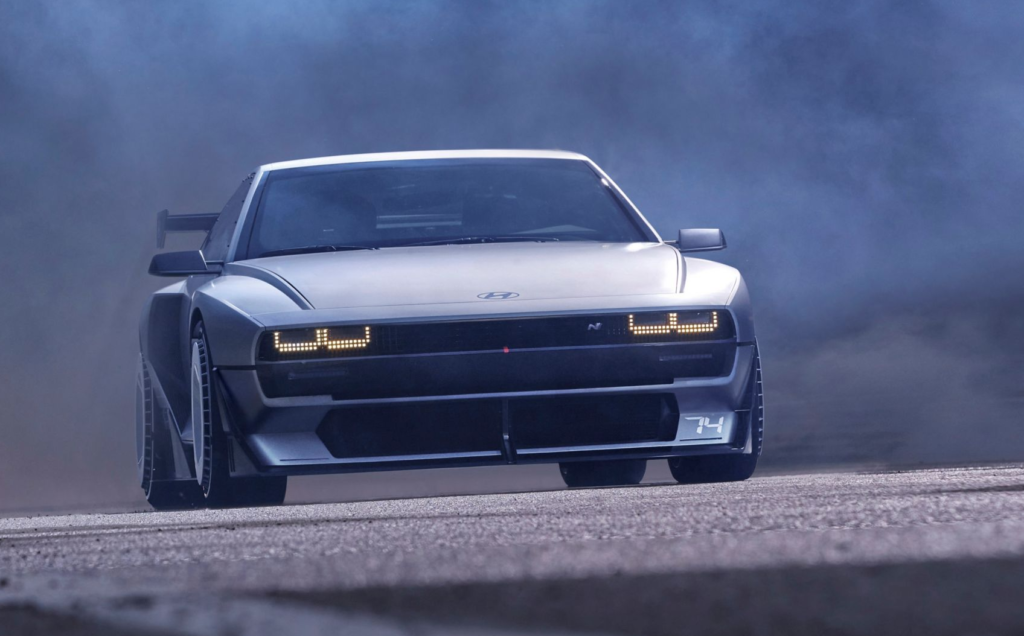 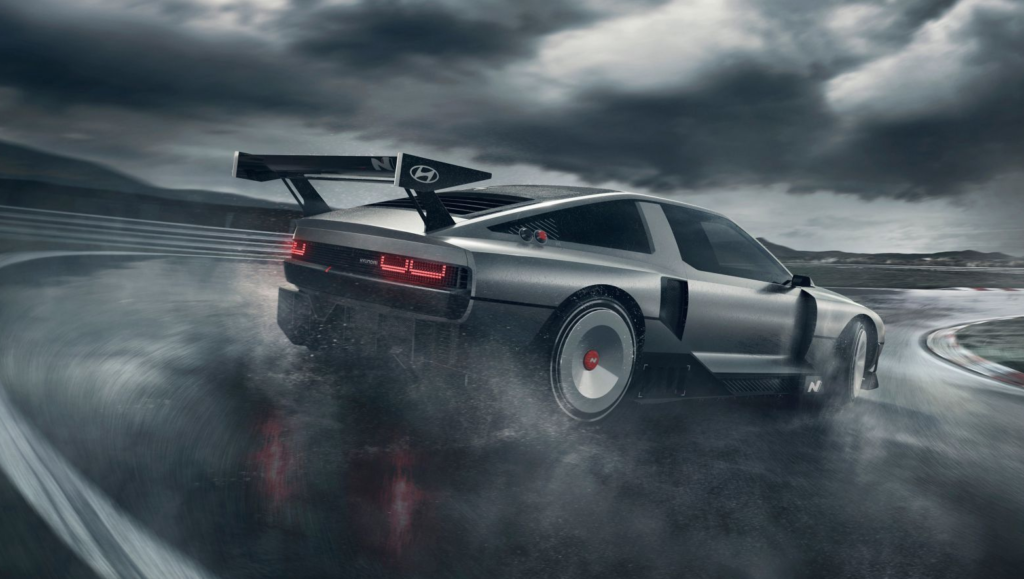