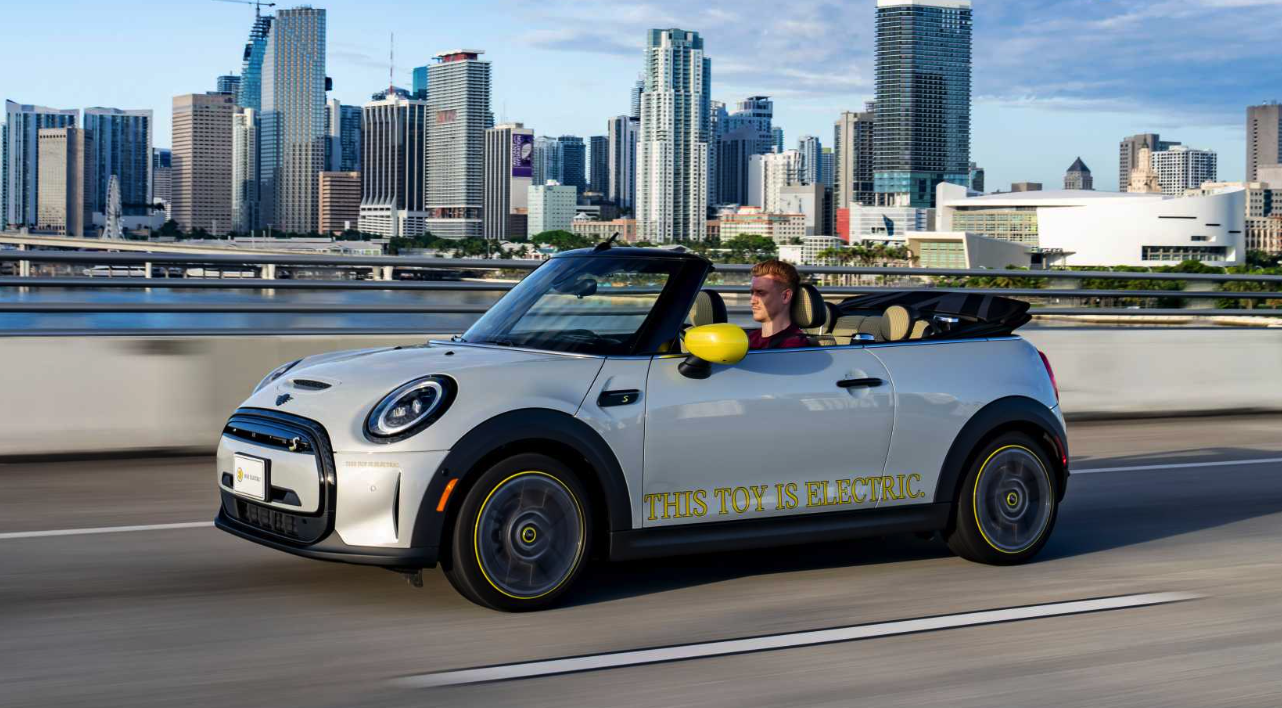 The full electric convertible segment seems to be in progress, as Mini shows a one-off of the Cooper Convertible SE that they presented in South Carolina at a local Mini event, ‘Mini takes the States’.

If and when an electric Mini Convertible will be launched is currently unclear. For now, the British manufacturer wants to explore the market. The basis of this one-off is pretty conventional, as Mini dives into the existing organ bank.

The wheelbase of 2 495 is the same as that of the Mini Cooper S Convertible. It also remains a strict four-seater, and even the boot stays the same with a capacity of 160 liters. Opening the roof is electric, takes 18 seconds, and can be done while driving slower than 30 km/hour.

For propulsion, too, Mini relies on proven technology, as the brand uses the 184 hp (135 kW) electric motor to power the front axle. This output is enough to propel the Cabriolet from 0 to 100 km/hour in 7,7 seconds.

The 32.6 kWh battery is retained and provides a range of 230 km. However, it is understood that a possible production version will have a larger battery capacity, improving the driving range.

It seems that more and more brands will develop a new electrical niche product in the field of electric convertibles. Tesla chief Elon Musk did it for them with the Roadster in 2008, and a successor was first seen in 2017.

MG, meanwhile, is busy working on the Cyberster, which, as a thoroughbred roadster, could well be ‘the MG B of the future’. In the meantime, the Smart Cabrio should satisfy the open-air hunger of the electric motorist.