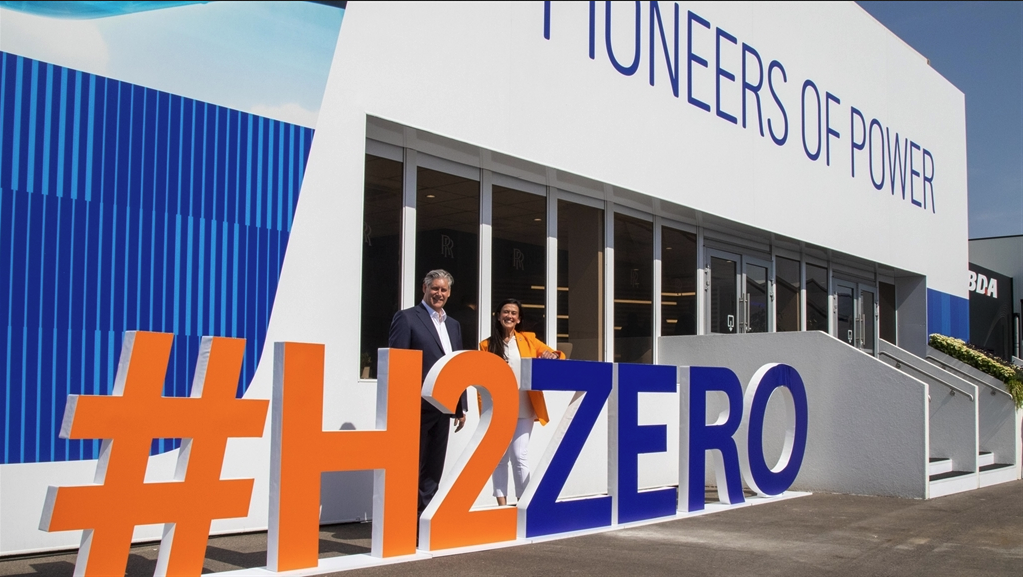 Europe’s second biggest low-budget airline, British-based Easyjet, will work with British aerospace giant Rolls Royce (not the carmaker) in developing jet engines running on hydrogen. Both parties announced at the Farnborough aerospace fair that they will start ground tests this year, aiming to get the technology airborne by 2030.

H2ZERO, as the cooperation is baptized, “is to demonstrate that hydrogen has the potential to power a range of aircraft from the mid-2030s onward,” Rolls-Royce said. Easyjet is already working with Airbus on hydrogen planes, which aims at first commercial flights in 2035 but wants to accelerate things.

Easyjet partnered with American start-up Wright Electric in 2017 to explore short-haul electric commercial flying possibilities. Wright’s electric flagship airplane under development is the Wright 1, a 186-seat airliner with an 800-mile range, targeting entry into service in 2030.

Electric is no real option

Now Chief Operating Officer, Captain David Morgan from Easyjet, says that for the low-budget airline, which runs aircraft with 190 to 203 passengers throughout Europe, electric flying is not likely. Most developments of battery electric or fuel cell planes focus on the smaller propeller planes for the short haul.

Burning hydrogen in jet engines as a zero-emission fuel is seen by Easyjet and low-budget Hungarian airline Wizz Air as the best option for the long haul in the future.

Wizz Air announced in June that it would explore all facets of flying ultra-low-cost on hydrogen with Airbus. That includes the hydrogen aircraft, operations, infrastructure, the network, scheduling issues, ground bases, and airports. It signed a Memorandum of Understanding (MoU) with Airbus to launch its hydrogen planes by 2035.

For Airbus, there is no doubt battery-electric airplanes won’t be suitable for anything other than short distances, and burning hydrogen is the way to go.

Airbus says it’s not too difficult to adapt the jet engines for burning hydrogen instead of kerosene. It’s a technique used for years in rocket engines and satellites. However, the storage of hydrogen is in this the main challenge, Airbus says.

Cooling to minus 253 degrees Celsius

Hydrogen provides three times more energy by mass than kerosene fuel. So in practice, you would need only nine tons of hydrogen to provide the same energy as 22 tons of kerosine for an Airbus A320. But as hydrogen delivers 3 000 times less energy by volume, you would need massive tanks unless you compress and cool it.

Hydrogen is a volatile gas. In other words, you would need 3 000 liters of it to match the energy level of one liter of kerosine. An alternative would be to pressurize the hydrogen at 700 bars, like in the automotive sector. This would slash the 3 000 liters to just six, Airbus says. But you can do better by cooling it to minus 253 degrees Celsius to become liquid. Then you only need four liters.

When storing hydrogen at -253°C, these tanks would still be voluminous, and maintaining such a low temperature requires particular technology. These so-called cryogenic liquid hydrogen storage tanks consist of an inner and outer casing with a vacuum in between. Specific material, such as an MLI (Multi-Layer Insulation), minimizes heat transfer by radiation.