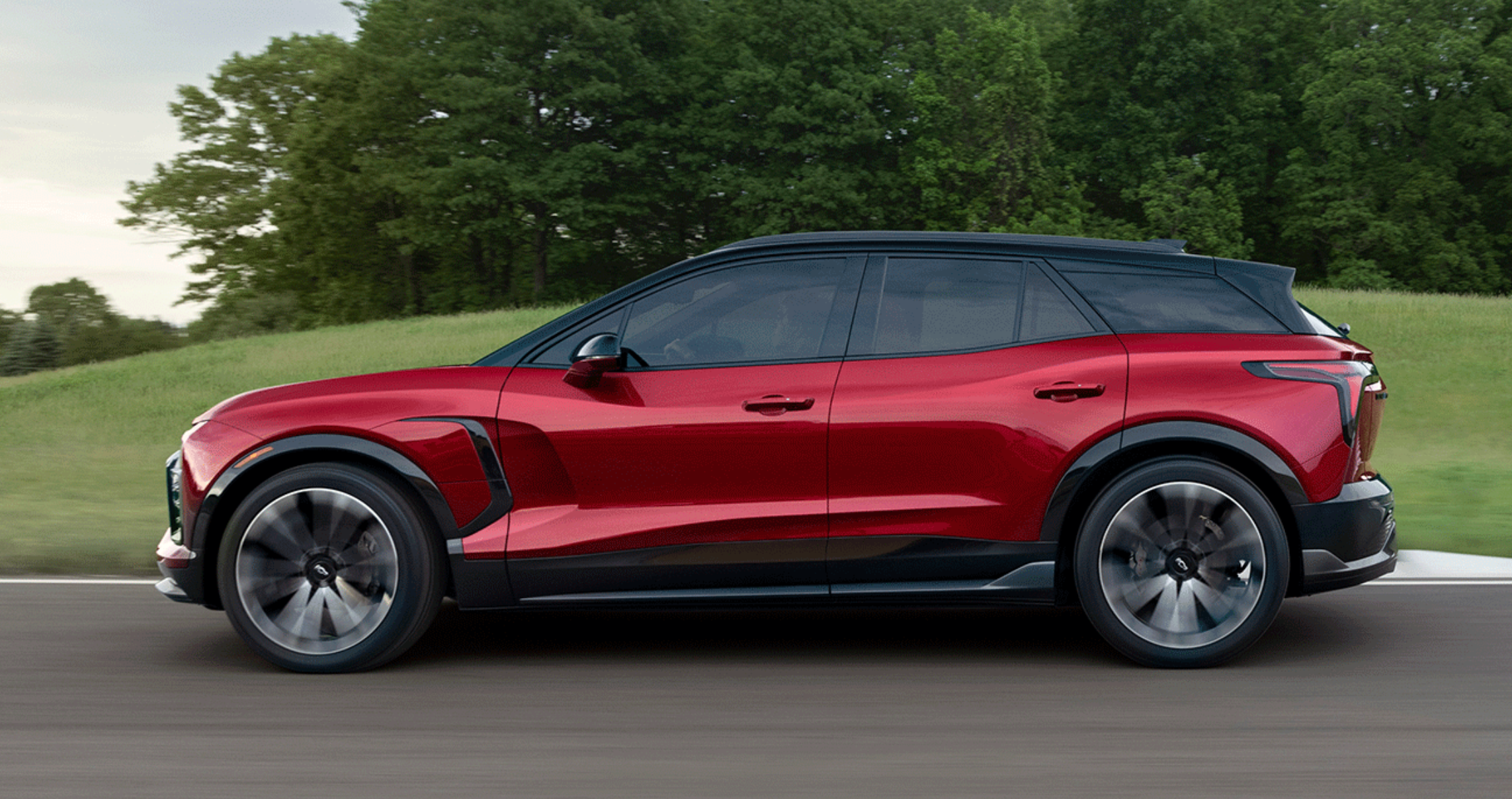 The GM subsidiary Chevrolet has unveiled the Blazer EV. Based on parent company General Motors’ Ultium platform, the all-electric SUV will be available with a choice of front, rear, or all-wheel drive. Meanwhile, GM CEO Mary Barra sees a great future for an electric GM in the future, also in Europe.

Even though the Blazer EV on the Ultium platform is a new and distinct model, the design is said to be derived from the internal combustion engine version of the Blazer introduced in 2018.

The Blazer EV, launched in a 2024 model year, can be charged via AC at 11.5 kW and DC at up to 190 kW. With a length of just under five meters, the Blazer is one of Chevrolet’s more compact SUV models.

The Chevy Blazer EV comes in 1LT, 2LT, and RS variants and an SS performance version. A particular variant for police fleets is also planned. Initially, the 2LT and RS versions will go on sale in summer 2023, with prices starting at $ 47 595 and $ 51 995, respectively. The 2LT is a front-wheel drive model; all-wheel drive is optional here. GM quotes a range of 470 kilometers). The RS is the model with the longest range, at 515 km. Front-, rear- and all-wheel drive are available here.

The SS  performance version will follow later in 2023, with prices starting at $ 65 995, followed by the entry-level 1LT starting at $ 44 995, and the police variant in the first quarter of 2024. Reservations for the Blazer EV are already open in the US.

“The 2024 Blazer EV sets a new tone for electric SUVs, with options and intuitive technologies that help position Chevy for leadership in one of the fastest-growing EV segments,” said Scott Bell, Chevrolet’s Vice President. “Along with the all-new Silverado EV and Equinox EV coming next year, we are making great strides in offering more choices for zero tailpipe-emissions vehicles — choices that make switching to an EV easier than ever.”

The economy may be a bit shaky, but General Motors CEO Mary Barra isn’t backing off on an audacious prediction. By the middle of this decade, her company will sell more electric vehicles in the U.S. than Tesla, the global sales leader. In an interview with Associated Press, Barra said she’s confident GM can unseat Tesla with higher-priced specialty vehicles, and it will beat Elon Musk to high-range EVs at prices that people can afford.

Already the company has promised to cut the starting price of the Chevrolet Bolt small SUV to around $ 26 000 later this year. In addition, GM plans to roll out a Chevy Equinox small SUV with 480 kilometers of range for about $ 30 000 in the fall of 2023. Barra is hoping to keep prices relatively low, banking on chemistry breakthroughs to cut battery costs, offsetting substantial price increases for lithium and other vital elements.

To deal with the semiconductor shortage, GM is throwing out its old model of letting parts supply companies acquire the chips, with GM knowing little about them. Instead, by 2025, it will move toward three families of chips that Barra said the company would buy and control itself. They can do multiple tasks, eliminating the need for dozens of chips in every vehicle.

“That standardization will give GM the scale to buy in bulk and make sure supplies don’t get interrupted in the future,” Barra said. “We’re also working with a select group of strategic companies to source these for the volumes. So we’ll have much better control and a stable supply.”

After years of losses, GM exited Europe in 2017 by selling its Opel brand. Barra also recently said plans are being formed to re-enter the vast European market with electric vehicles. “All I can tell you is that I think it’s a huge growth opportunity for the company, and we’re excited to be back,” Barra stated.

She has no plans to change GM’s joint venture in China with state-owned automaker SAIC, even though Beijing has stopped requiring that foreign automakers enter such partnerships with Chinese companies. But Barra said there might be a chance for GM to bring in iconic and luxury vehicles soon.