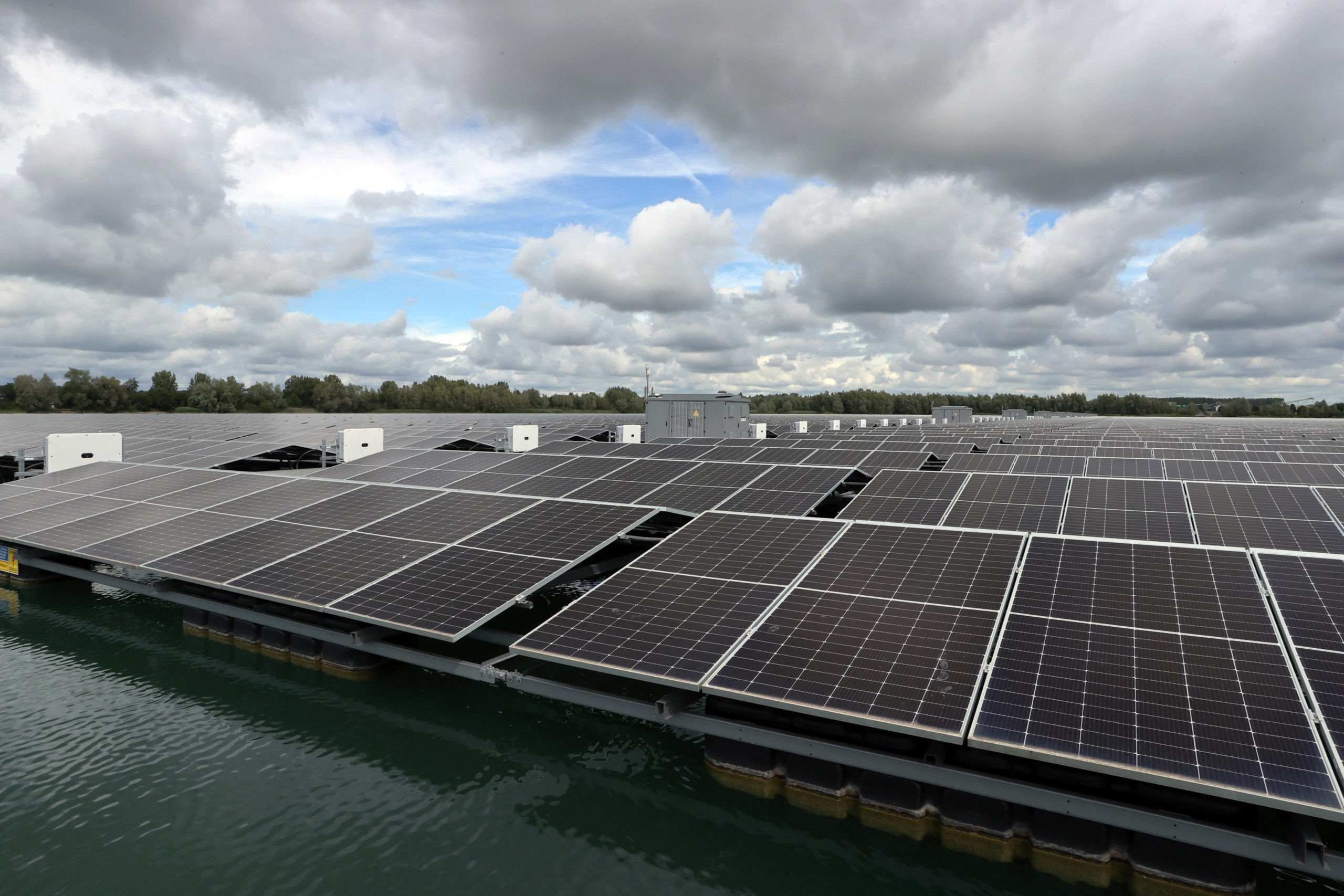 Deest, near Arnhem: floating solar panels of the Uivermeertjes solar park. The Netherlands, aims to become carbon neutral by 2050 but sources less than 12 percent of its final energy consumption from renewables /AFP

The Netherlands leads the overall ranking in sustainability. That is the Green Transition Index‘s conclusion after a European country survey. The index is published by the international counseling agency Oliver Wyman.

The authors compared 29 European countries and focused on 28 indicators, like the amount of renewable energy produced or the rate of air pollution, among others.

An explanation for the Dutch’s high score is found in the categories ‘Utilities’ and ‘Waste’. In addition, the country achieves high results in its recycling efforts and transition technologies: recycling, storing electricity in batteries, hydrogen projects, and capturing and storing CO2.

The Netherlands leads the ranking, closely followed by Denmark and Estonia. Finally, the bottom three performers are Lithuania, Bulgaria, and Cyprus. In the overall order, Belgium sits in fifth place and clearly could do better.

In the ‘Buildings’ category, the country sits in 26th place. However, the Belgian results for the categories ‘Manufacturing’ and ‘Utilities’ are better, with 17th and 14th place, respectively.

In the category ‘Nature’, Scandinavia again outperforms the other countries. The Dutch, however, only score a mediocre result. On the other hand, Germany sits in the first place regarding the ratio between national income and CO2 emissions.

In the ‘Transport’ category, Eastern European countries rank highest and score particularly well in their share of public transportation.

The Netherlands used to perform poorly, but the country is catching up. According to sector organization Solar Power Europe, the Netherlands now has the highest number of solar panels per capita of all European countries. Only Australia does better.

Still, according to GTI’s authors, Europe, in general, is lagging behind in reducing enough CO2 emissions to keep global warming under 1,5 degrees Celsius.

The Green Transition Index (GTI) shows a wide variation in performance across categories driven by many country-specific factors. For example, politics and social choice are major factors in why some countries score better.

Governments and industries have permission to do more in countries where citizens prioritize climate and sustainability. That often translates into a higher score.