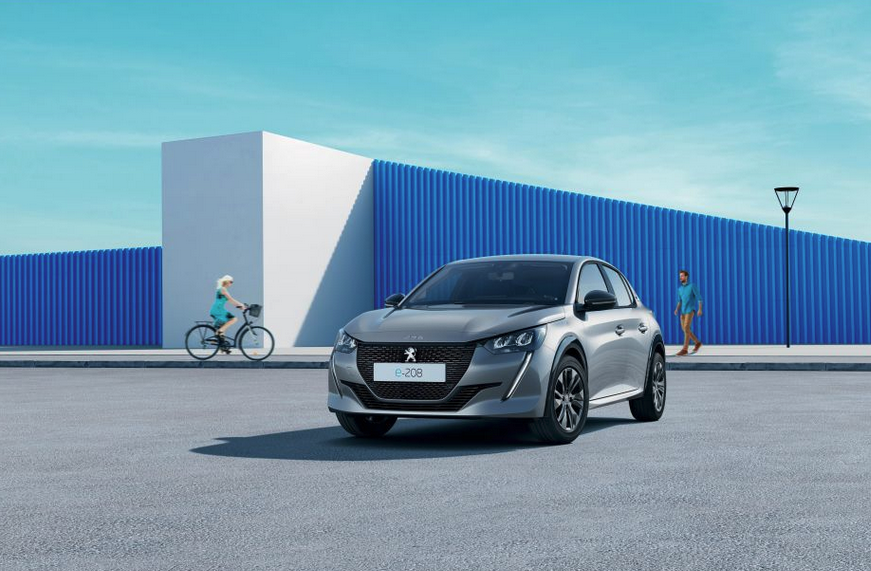 In France, Peugeot is offering an e-208 Active basic version for two years for a montly fee as low as €150 /Peugeot

Stellantis Group has launched an offer in France to rent a B-segment full electric car for 24 months for a fee starting as low as €150, after an initial downpayment of around €2 000 and targeted at people trading in an old ICE car. The ‘Electric As You Go’ program will likely be extended to other European countries later, but different prices may apply.

The offer – leaving the choice between a Peugeot e-208, an Opel Corsa-e, or an Opel Mokka-e – is aimed at private people in France who are eligible for a government ecological bonus of up to €6 000 and a conversion premium of €2 500. These are deducted from the required downpayment of €10 500.

Extra kilometers are charged at 0,07 euros per km. Depending on the brand, these first 500 kilometers per month could not be included, with rental prices starting at €110 per month and the 7 euro cents charged from the first kilometers on. As all cars offered are ‘connected’, it is child’s play for the car makers to monitor the mileage.

On top of that, you’ll have to count the price of electricity used. Peugeot says a full charge (at home) would cost you around 8 euros.

To profit to the full extent of the ‘Electric As You Go’ offer, the French must comply with the government requirements for the subsidy program. France offers an ecological bonus of 6 000 euros until 31 December 2022 to people buying an electric car with a list price under €45 000.

If you trade in a gasoline car built before 2006 or a diesel car from before 2011, you’re eligible in France for a scrapping premium of €2 500. That can amount to up to 5 000 euros under certain conditions like driving more than 12 000 km a year for work or when you live further than 30 km from your work location.

Stellantis says that “with this background in mind, this new offer sets itself as a breakthrough project that can really make BEVs more affordable for a wider number of Stellantis customers. The main goal of the program is to offer the opportunity to better adapt the total cost of the vehicle to its real use.”

Soon available in other countries

But so far, this relies heavily on government incentives and is limited to Peugeot e-208, Opel Corsa-e, and Opel Mokka-e in France only for the time being. But according to the press release, “it will soon be available on other zero-emission vehicles of the Group and in other European countries.”

There has to be a catch, though, as Stellantis warns that “prices could differ in other countries, depending on the incentive plans put in place by the respective local government”.

For that monthly price, you could have a large Lynk & Co 01 plug-in hybrid SUV all included, without a downpayment, and terminable at any time with a 20-day notice.