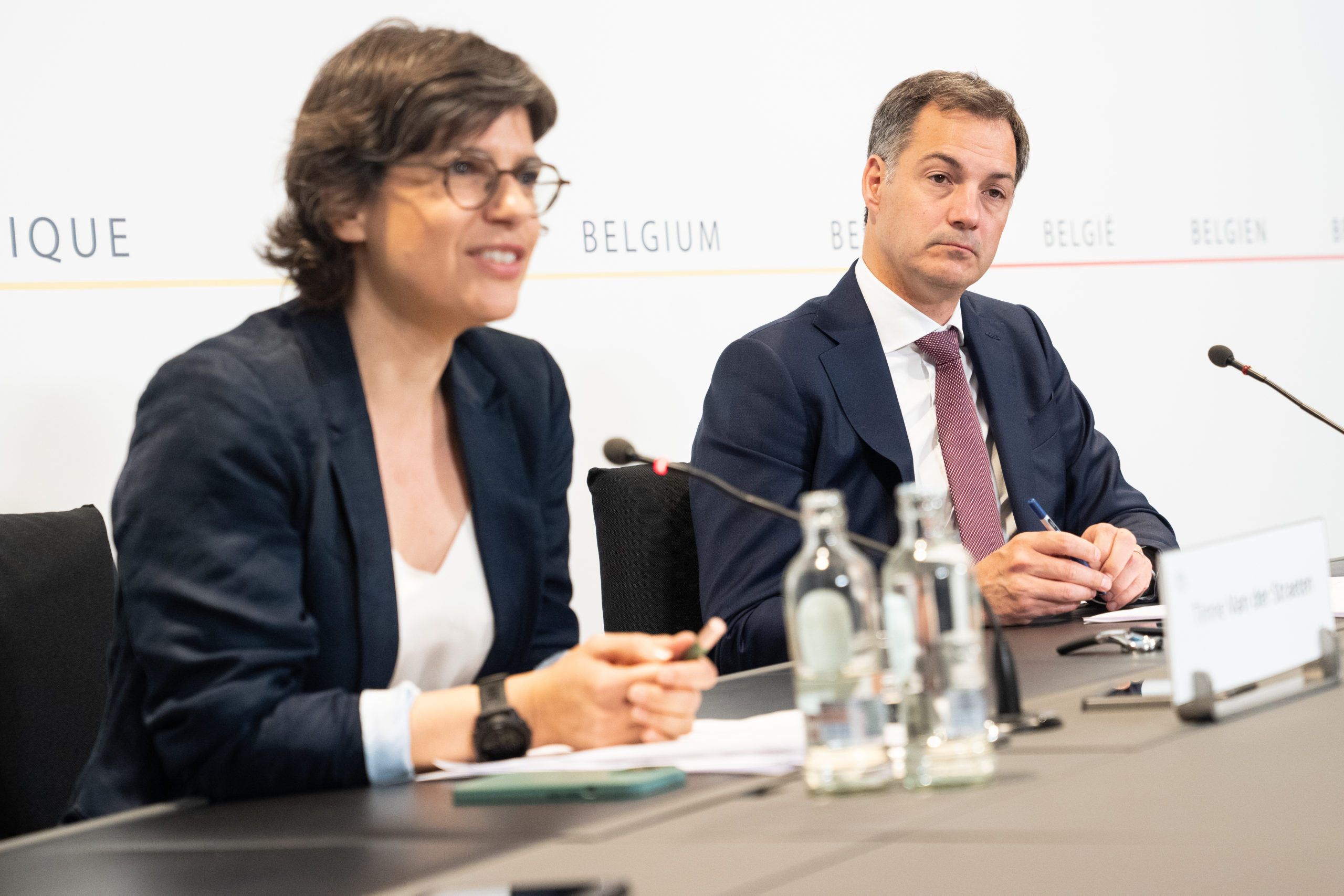 Prime Minister Alexander De Croo and Energy Minister Tinne Van der Straeten pictured during the press conference of the federal government on their agreement with Engie on the operation of the nuclear power plants, in Brussels, Friday 22 July 2022 /Belga

The Vivaldi government has finally come to ‘an agreement in principle’ with energy provider Engie to keep Belgium’s two youngest nuclear power plants – Doel 4 and Tihange 3 – open for ten more years. Both plants will restart their activities in November 2026. That is what Prime Minister Alexander De Croo (Open Vld), and Minister of Energy, Tinne Van der Straeten (Groen), announced on Friday.

Both parties are ready to discuss the conditions and agreed to share profits and expenses via a new association yet to be established. A final agreement will be submitted to the European Commission by the end of the year.

For Prime Minister De Croo the deal is a logical step to a legally binding contract. Engie, however, calls the deal “a non-binding declaration of intent” between Engie and the Belgian state.

However, environmental organizations Greenpeace, Bond Beter Leefmilieu, and Canopea are not happy with the ‘agreement in principle’. According to them, nuclear energy is economically unprofitable. So they call the deal “a huge financial risk”, a “disastrous decision” and, above all, “the largest gift ever” to Engie.

They also criticize the fact that, according to them, Belgian citizens now have to pay three times: for the financial risks, for additional nuclear waste, and for fossil subsidies for gas power plants.

Normally, Belgian’s two youngest nuclear power plants Doel 4 and Tihange 3 would definitively close down by the summer of 2025. However, in March this year, the government started negotiations with Engie to keep both power plants open for longer to ensure the energy supply in our country, especially now that Russia is turning off the gas.