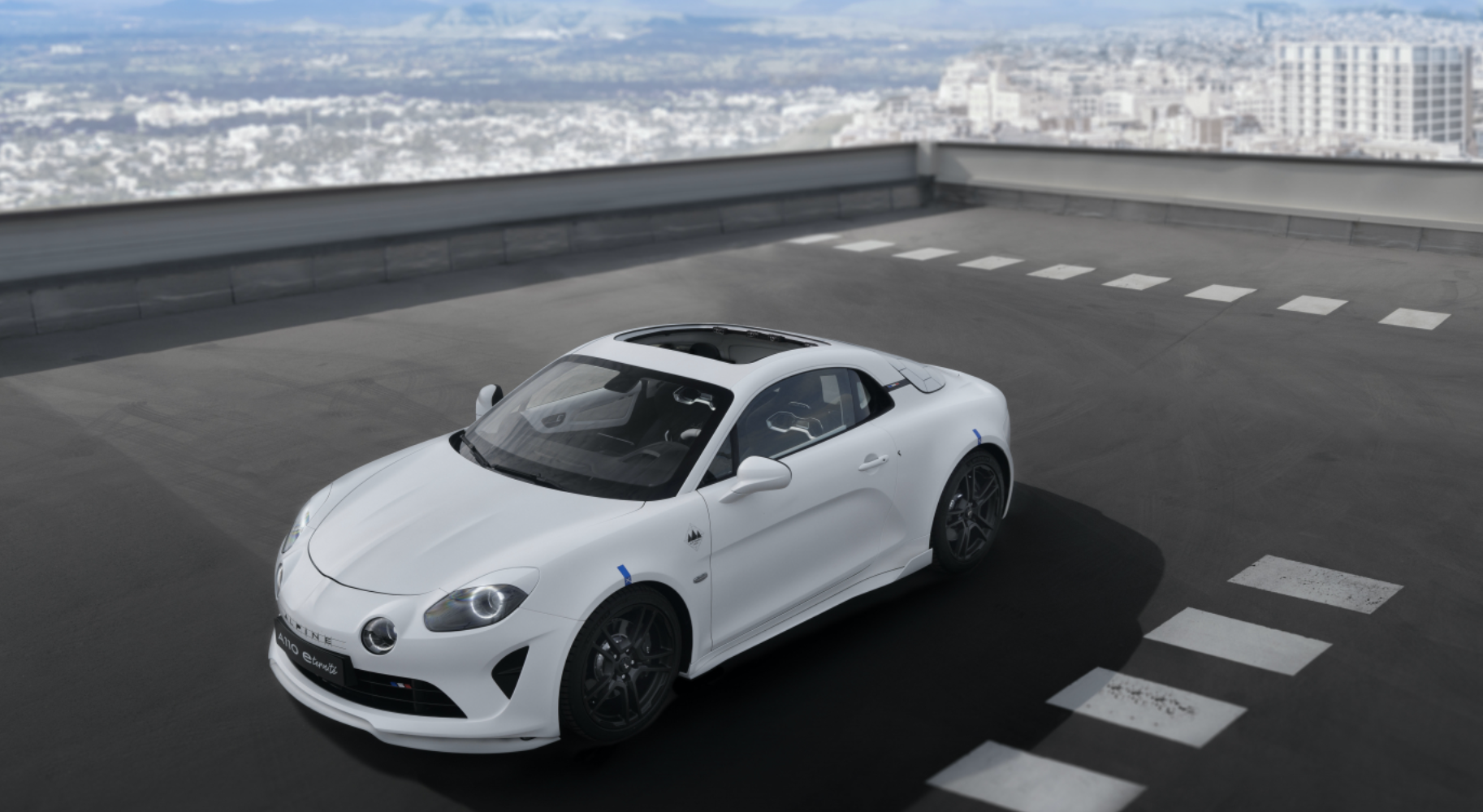 Renault’s sports car subsidiary Alpine gives a glimpse at its electric future with a concept car. The Alpine A110 E-ternité is based on the brand’s combustion sports car but has been rebuilt for the study as an all-electric open sports car with 178 kW of power.

The cells of the 60 kWh battery for a range of 420 kilometers come from the Mégane E-Tech Electric, but they are arranged completely differently. Furthermore, special battery housings were developed to achieve an optimal weight distribution and accommodate the twelve battery modules, and the vehicle architecture was adapted.

Four modules were placed at the front and eight at the rear. Despite the twelve battery modules, the Alpine A110 E-ternité is only some 250 kilograms heavier than the standard version with a gasoline engine. According to the press release, the electric motor is a common component of the Renault Group. It comes from the Mégane E-Tech, where it produces 160 kW. 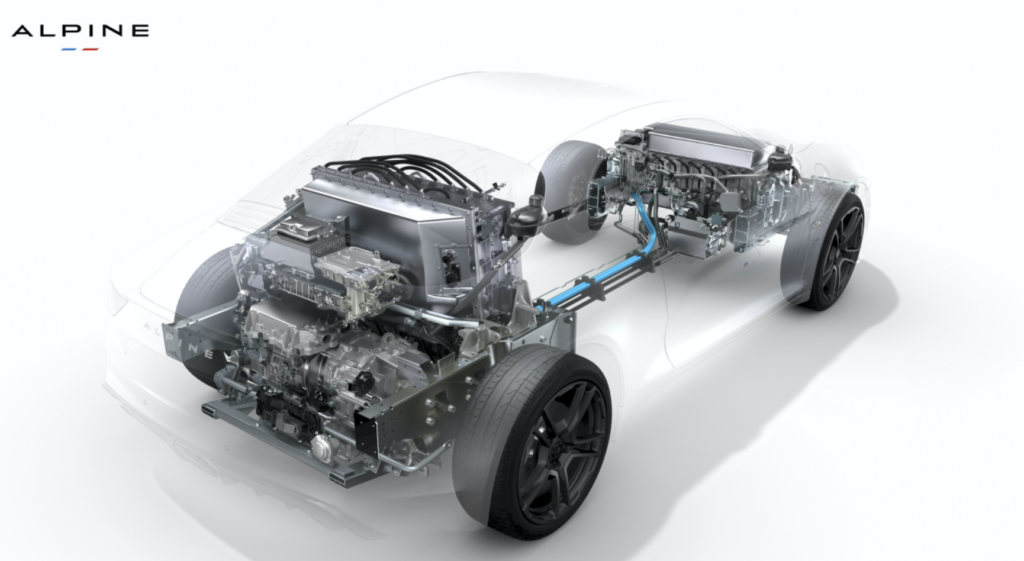 When we compare the ICE car with the electric variant, we see that the EV is marginally slower because of the slight decrease in power and the higher weight. The top speed is 250 kph (compared to 260 kph), and the sprint to 100 kph takes 4,5 seconds (instead of 4,4). The weight distribution front/rear is almost the same, 42/58% against 43/57%, despite the entirely different technology aboard.

However, Alpine combined the motor with a particular transmission for the show car. “It should be smooth and efficient as well as light and compact. Torque drops should be avoided,” the statement says.

Since such a gearbox did not exist, Alpine developed it together with its suppliers (Getrag, in particular). The result is a dual-clutch gearbox (two gears) and electronic control like the standard version of the A110, but with clutches designed for high torques.

…and a removable roof

The concept car has another unique feature besides a gearbox: the roof is removable. This was not previously available on the combustion model. To maintain the rigidity of the A110, two roof shells were developed from recycled plastic. 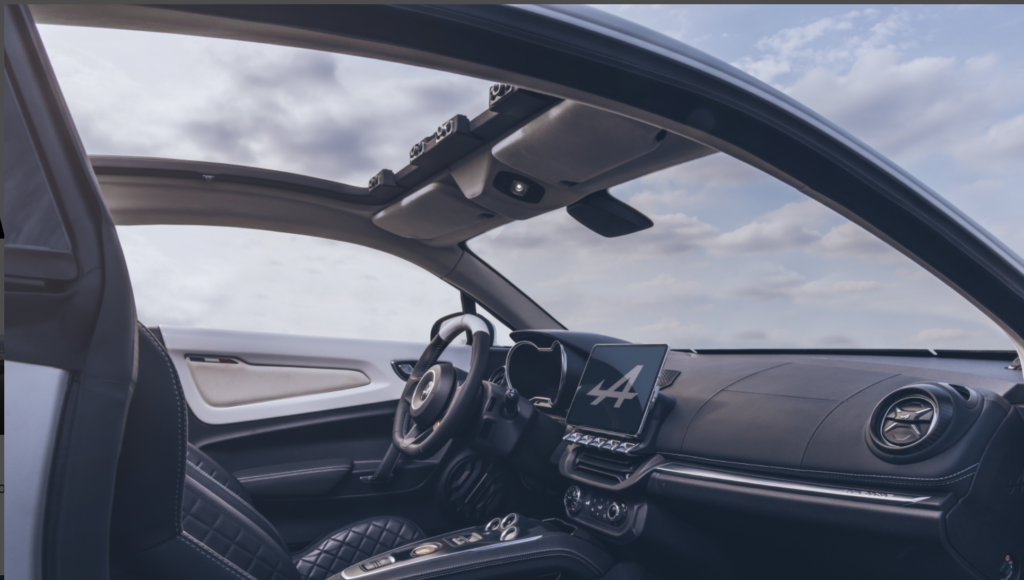 Renault boss Luca de Meo, himself a marketing expert, explains the epithet E-ternité (‘eternity’): “I want to electrify Alpine to preserve its name for all eternity.”

Alpine reportedly plans to introduce three all-electric models by 2026. The electric successor to the A110, a new compact model, and the GT X-Over. The latter is an electric crossover, which will be produced at the Dieppe plant from 2025.