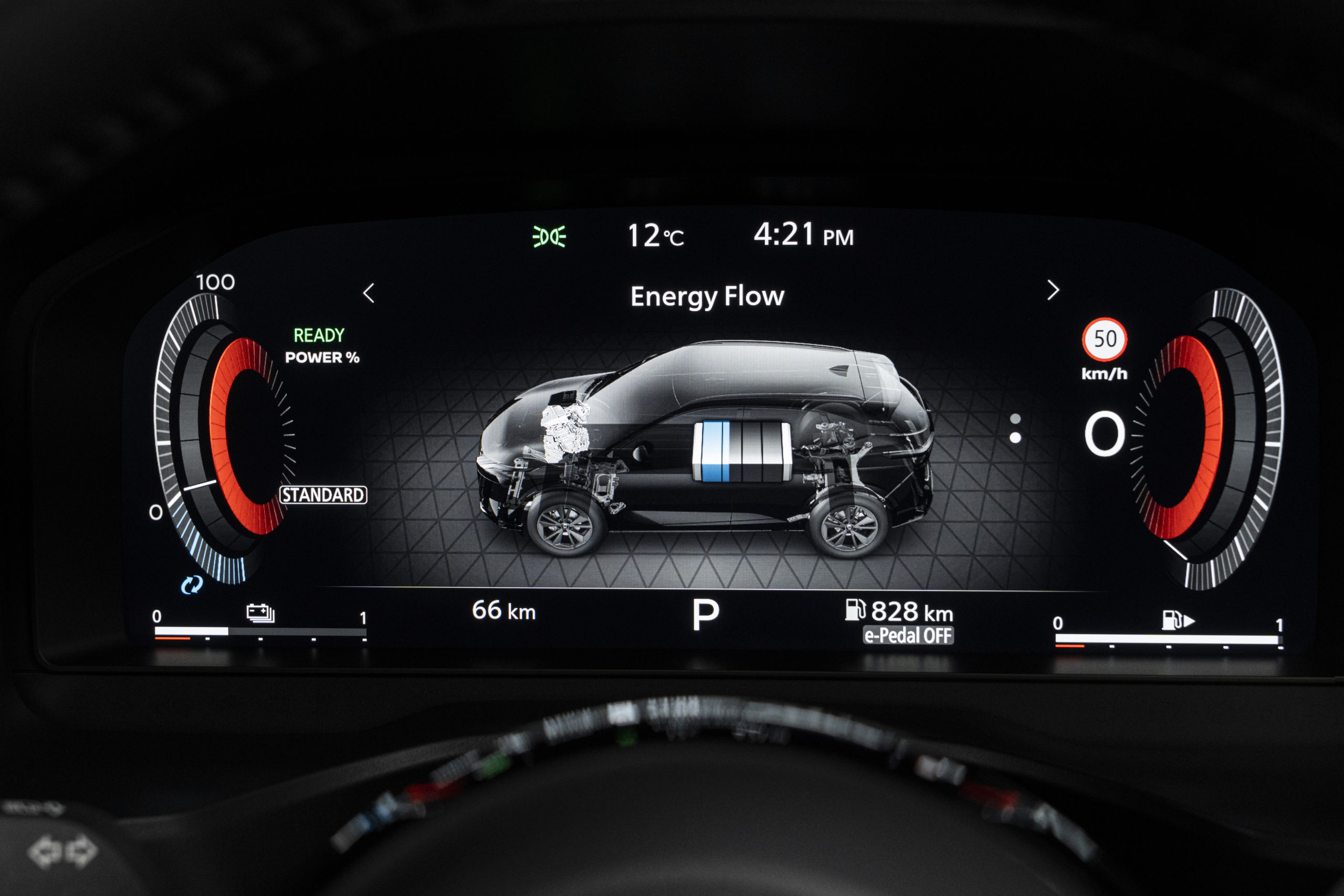 The Nissan Qashqai e-Power drives like an electric car and might be preferable over a classic ICE version, but the generator on fossil fuel kills its ecological aspirations /Nissan

Together with the fully electric Ariya, Nissan let us take a taste in Sweden of the new Qashqai e-Power, a totally different kind of hybrid. Not the HEV we’re used to knowing from pioneers like Toyota, not a plug-in hybrid you can charge at home, but an electric car with a nearly permanently running generator on fossil fuel.

A questionable approach if you see what that generator still consumes, but Nissan defends itself tooth and nail saying it’s the best way to let people get used to electric driving without the fear of a ‘dead’ battery. In Japan, they gained experience with how people perceive this technology in the Note e-Power, unavailable elsewhere.

Nissan’s crossover, Qashqai, was and is a huge success, as it created a new segment among the ponderous SUVs when it was first launched in 2007. The lower roofline gave it a more coupé-like silhouette, hence the branding as ‘C-SUV’.

The third generation Qashqai builds further on that success and comes now in an electrified full hybrid version for the first time: the Qashqai e-Power. It’s unique as a hybrid as its features the same 140 kW (190 hp) electro motor as in the fully electric Leaf and Ariya to drive the front wheels.

The electricity comes from a 1,5 turbo-charged gasoline engine of 158 hp with variable compression that acts purely as a generator with no connection to the wheels. This way, it differs from the classic HEV, where the internal combustion engine (ICE) and the electro motor can drive the wheels apart or together.

There is a battery to feed the electro motor, with a very limited capacity of 2 kWh, just enough for two to three fully electric kilometers when the EV mode button on the center console is pushed. In all other circumstances, the ICE generator runs constantly.

When more electric power is needed, the engine can lower the compression ratio – a technology pioneered by Nissan’s luxury brand Infiniti in 2018 – to deliver more power. A seamless process where the driver doesn’t have to do anything else than push the throttle.

To make it sound like a classic engine revving up like ICE drivers are used to in a classic Qashqai, the Nissan engineers created an artificial ‘Linear Tune’ to be heard.

Nissan says that “the disparity between engine speed and road speed is a phenomenon that drivers and passengers find unsettling. For example, a sudden rise in engine revs without a commensurate increase in speed is perceived as frustrating and ‘disconnected’ by occupants. Linear Tune on e-POWER is the antidote to that.”

On the other hand, Nissan builds in sound-deadening technology in the B-styles that creates a noise canceling effect for the engine sounds to make the car more silent. It looks like a lot of effort to silence an electric vehicle, which should be silent by definition as one of its most appreciated features by EV drivers.

That is, without the inevitable noise of the combustion engine. And in any case, sound deadening can’t erase the noise of tires on rough asphalt, as we experienced on Swedish roads. The Nissan Qashqai e-Power is more silent than its ICE sibling, but BEVs like the Nissan Ariya perform better.

Nissan’s approach comes closest to EVs with a range extender on fuel like BMW pioneered with the i3 REx. But this one – no longer produced – initially had a substantially bigger battery of 22 kWh capacity offering a range of 125 km pure electric. It was chargeable by plugging it into a socket. The range extender, a 647 cc 2-cylinder gasoline engine of 34 hp, let you add another 100 to 150 km of range without stopping to recharge.

So, what’s the benefit of the Nissan approach? You actually get a taste of electric driving: the swift and smooth acceleration without gear shifts or a CVT. Two seconds faster accelerating than its ICE sibling, although 7,9 seconds from 0-100 km/hour is something many EVs can do better.

And you can experience ‘one pedal drive’, called ‘e-Pedal’ by Nissan, where the car gently brakes on the engine to approximately 10 km/hour when you lift your foot off the throttle without touching the brake pedal.

In EVs and plug-in hybrids (PHEVs), that is an appreciated feature to regenerate energy into the battery and extend your range this way. That’s of ample or no use in this case. But it offers convenient, easy driving. And with e-Power, you don’t have to worry about range, as gas stations are everywhere.

Nissan claims its research has shown that European crossover consumers spend more than 70% of their time driving in urban and suburban environments. The research also shows “that consumers feel obliged to compromise on driving pleasure to be eco-minded in their choice of vehicle.”

“e-POWER is an ideal technology for those facing a daily urban or suburban drive, who would like to transition to a full EV in the future but cannot recharge easily, or are not ready to make the move to fully electric.”

But the penalty you pay is the relatively high fuel consumption of 5,3 to 5,4 liter/100 km. A plus is that those figures actually showed up on the board computer during our test drive on Swedish roads. But compared to the 6,4 liter/100 km of the 1,3 gasoline engine (140 hp) of the classic ICE Qashqai, it’s still high. And with corresponding 120 – 122 g/km CO2 emissions, you won’t get any tax benefits anywhere.

The good news is that with current fuel prices, every liter economized counts, but with one liter less per 100 km at the cost of nearly €2, it would take more than 230 000 km to earn back that price difference. On the other hand, you will get a swifter, more powerful, and agile Qashqai in return.

And it won’t ease your ‘ecological’ conscience if you know you can have a zero-emission, fully electric Leaf with a respectable range of 270 km starting at €35 550 or a bigger brand new electric Ariya at €50 100.

Considering the real Total Cost of Ownership (TCO) of an EV is generally lower than that of an ICE car today, the latter might turn out to be comparable to or even cheaper than the Qashqai e-Power. Stuff to think about.