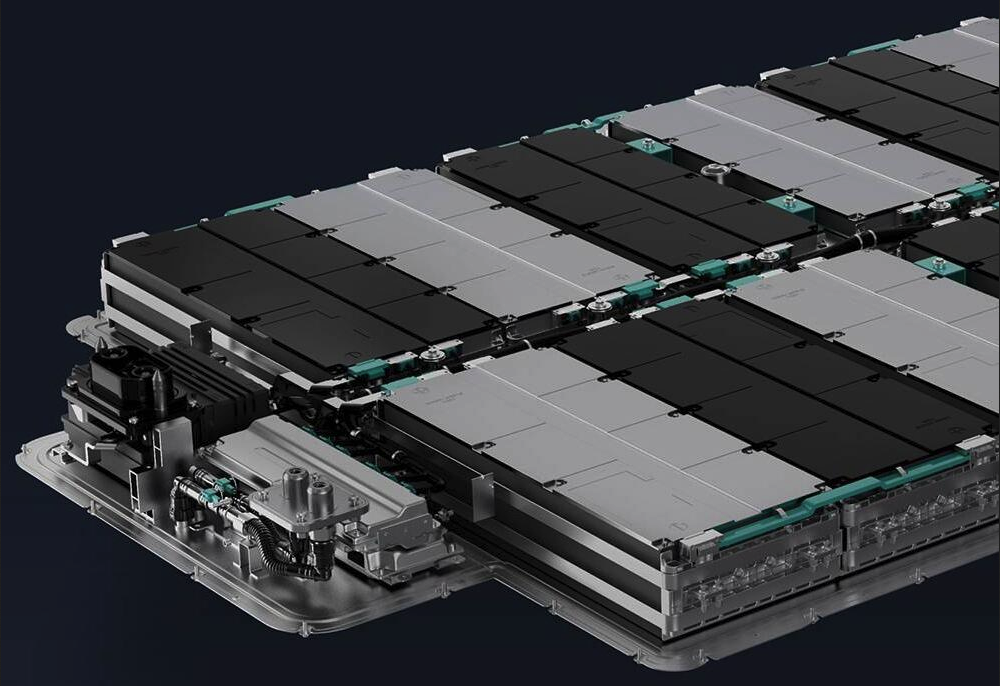 Chinese premium electric carmaker NIO has reconfirmed its intentions to deliver a 150 kWh battery in Q4 of this year. This battery, which Beijing-based WeLion develops, is a hybrid solid-liquid electrolyte battery that would boost the range of the NIO ET7 sedan above 1 000 km (NEDC).

For a heavy SUV like the ES8, a range of 850 km is possible. And it’s swappable, like on all NIO cars. In September, the Chinese carmaker will commission its first European plant in Pest megye, Hungary, where it will build battery swapping stations.

WeLion New Energy Technology Co., Ltd. is a less-known Chinese high-tech enterprise claiming a series of core patents and technologies, focusing on R&D and production of hybrid solid-liquid electrolyte lithium-ion batteries and all-solid-state lithium batteries. It’s a spin-off from the Key Laboratory of Renewable Energy of the Institute of Physics at the Chinese Academy of Sciences.

Solid-state batteries, where the liquid electrolyte is replaced by a solid conductor for the lithium ions, are believed to be the future in battery technology for EVs. Solid-state batteries promise more energy density at a lower cost, hence longer ranges for electric vehicles soon.

The American, Denver-based start-up Solid Power, backed by Ford and BMW, announced in June it would be starting production of the first solid-state batteries for automotive testing on an EV cell pilot line.

Here, in the case of NIO, we are talking about a hybrid form, a solid-liquid battery where an inorganic ionic conductor is wetted with a liquid electrolyte to ensure faster ion transfer. Li Hong, chief scientist and founder of WeLion, unveiled at the China EV 100 forum in March this year a battery pack with a capacity of 150 kWh and an energy density of 360 Wh/kg.

Battery energy density is the amount of energy a battery contains compared to its weight or size and defines how far an EV can get on one battery charge to a great extent. Currently, classic lithium-ion battery packs have a density of up to 272-296 Wh/kg.

Li Hung also confirmed that WeLion is to supply NIO with battery packs. However, NIO, a privately owned company in China, never mentioned who is to deliver the 150 kWh battery. Today, NIO EV owners can temporarily upgrade their battery packs every month according to their needs.

NIO offers a standard battery pack of 70-kWh or 75-kWh capacity and a long-range version with 100-kWh capacity. Now, NIO announced the 150 kWh option would be available from Q4 of 2022 in China.

All models from the Chinese carmaker – three luxury electric SUVs – EC6, ES8, and ES6 – and the ET7 flagship sedan – are designed from the ground up to have swappable batteries. The latter can be done in under ten minutes with the car driving into a carwash-like hub and robots changing the battery underneath. Each station will be capable shortly of 312 battery swaps per day.

In Europe, NIO launched its EVs first in Norway with the ES8 SUV and the ET7 sedan, including battery swapping stations and DC chargers. It confirmed via Twitter Germany will follow in Q4 2022 with the ET7. For the Netherlands, which was announced to see the first launch in 2022 too, this was corrected into ‘stay tuned for information’.

The factory it is building in Hungary, called ‘NIO Power Europe Plant’, is the company’s first overseas production facility designed to make the swapping stations. It should be operational by September, as announced by Péter Szijjártó, Hungary’s Minister of Foreign Affairs and Trade, and Hui Zhang, Vice President of NIO Europe.