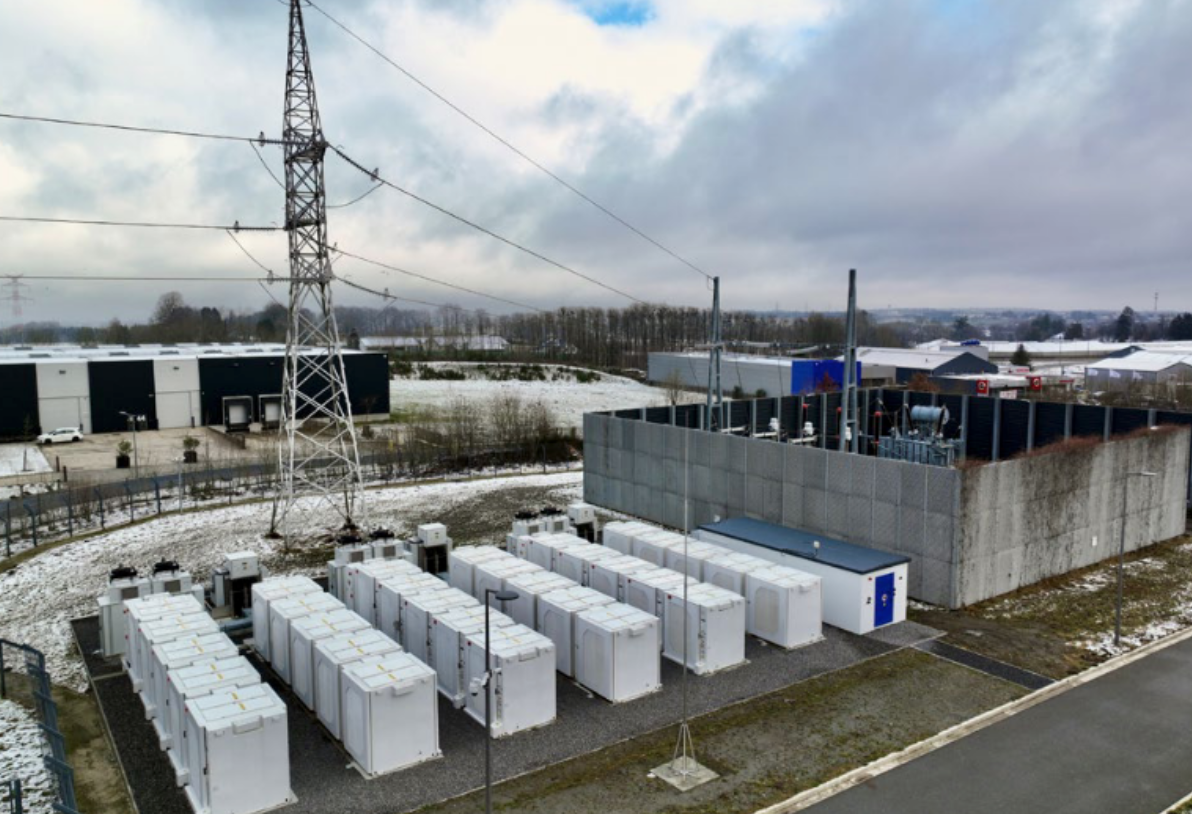 When producing more green energy, battery storage facilities are needed. At the moment, the only small plant relized is this small one in Bastogne (10 MW). We need at least 1 600 MW capacity for the whole of Belgium /EStor-Lux

Energy provider Eneco Belgium has been refused a permit to build a battery storage site in an industrial park in Ville-sur-Haine. The municipal council of the Roeulx commune has blocked the demand. This seems to be the newest example of the growing straddle between local and regional or national authorities.

According to Eneco, the council’s arguments are incomprehensible. “There is a widening gap between the regional, federal, and international political views on energy management and the local interpretation of it. That’s a very alarming observation,” says Miguel de Schaetzen, CEO of Eneco Wind Belgium.

Green or sustainable electricity production comes via sun, wind, or water. Electric energy provider Eneco has a production capacity of some 450 MW of green energy (sun and wind). However, as this production is weather-dependent, the storing of electricity becomes predominant. That’s why Eneco wants to install a battery storage park of 50 MW in an industrial zone of Ville-sur-Haine, part of the commune of Le Roeulx.

“Electric storage capacity is of utmost importance if you want to balance the production of green electricity and its consumption. However, one also has to guarantee the technical and economic stability of the energy flux,” explains Serge Baudhuin, Eneco project leader in L’Echo.

In its Capacity Remuneration Mechanism (CRM), the federal government has foreseen a 1 600 MW global storage capacity to maintain this stability in the energy flow. The energy distribution authorities (particularly Elia) have planned 32 storage parks to fulfill this necessity. However, until now, only one, with a modest 10 MW capacity, has been built in Bastogne.

Not in my backyard

The refusal motivation of the municipal council contains three arguments: a fire risk, the proximity of a housing zone, and a potential link with ‘Boucle du Hainaut’, the planned high tension line through the Hainaut province to transport the electricity produced by the windmill parks in the North Sea. It’s part of the same network as the Ventilus project that has to transport and distribute the green electricity into Flanders.

Both electricity transport lines encounter fierce opposition from local authorities and communes. Le Roeulx is one of the most ardent adversaries. “The odd thing is that the battery storage project here has nothing to do with the ‘Boucle du Hainaut’, de Schaetzen assures. Eneco is planning to oppose the commune’s refusal but fears that this will take at least six months or, in the worst case, several years of retardation in this 50 to 80 million euros investment.

Not so far from there, in Ghlin, another ‘green energy’ project has been refused a permit by the local authorities. Envirolead wanted to build a car battery recycling plant in Ghlin. It’s a €30 million investment to treat some 150 000 tons of old lead batteries. The plant would also provide 140 new jobs. Here it is the Région Wallonne administration that has put his foot on the brake.

From almost all political levels, we are daily inundated with incentives and (moral) obligations to reduce our dependency on fossil fuels and replace it with green and renewable energy sources. The plans are extensive and numerous; the money and the will are available at the federal and European decision levels. “But once you ask for the necessary permits, the whole machinery is coming to a worrying standstill,” Eneco notes.

There’s a growing gap between the consensus that we all have to act urgently concerning climate issues and the outright implementation of this policy into concrete projects. Failure will be a recurrent phenomenon if we can’t persuade the people concerned that these changes are made for their benefit but also the entire community. Are we (and our politicians) ready and willing to tackle this rapidly increasing and urgent problem?