Paris Motor Show will come in a muted version 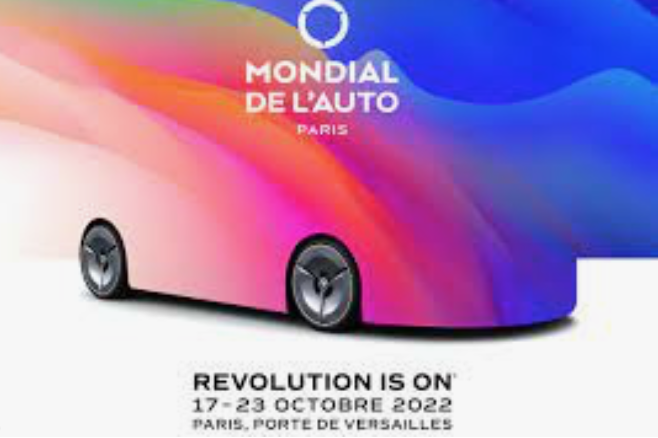 The bi-annual Paris Motor Show, the ‘Mondial de l’Automobile’,  will take place from 17 to 23 October this year at the usual spot in Paris (Porte de Versailles). One may notice the shortened period, and the organizers hope to attract half a million visitors in these seven days, also because the after-sales show Equipauto will take place at the same moment, together forming the ‘Paris Automotive week’. However, a lot of manufacturers still seem hesitant to participate.

Like many other motor shows, the Paris Mondial did not occur during the pandemic year 2020. Many organizers of important international motor shows are struggling with the question. A lot of them were already suffering; a major German one, the IAA in Frankfurt, pulled the plug on its formula after the 2019 edition was, in fact, a flop.

Looking for a future-proof solution

The Geneva motor show, halted in its preparations at the end of February 2020, hasn’t reappeared yet. Some have restarted, the most successful until now being in China (but some were also postponed because of Covid-19) and Los Angeles, USA. In September last year, the German IAA tried to transform itself, moving from Frankfurt to Munich and trying to rethink the whole show with a much bigger emphasis on mobility.

Nevertheless, there were many absentees on this ‘motor show 2.0’ and we still don’t know how many visitors really showed up. A lot of manufacturers didn’t, either, and it was essentially the German car builders that had to save the show, stressing their innovations in the broader field of mobility. To give an example, some 70 bicycle manufacturers were there to attend, but Stellantis and Tesla, for example, didn’t show up.

Like in Munich last year, the car manufacturers hesitate to be present. This has been admitted by the motor show director Serge Gachot, a former manager at Toyota Motor Europe. He has also confirmed that the Mondial won’t follow the path of the IAA in Munich and “will not dilute the car into mobility”. “The Mondial de Paris 2022 will not be a show for the electric bike, the step, or the drone,” he stressed, talking to AFP. The slogan for the show is “The revolution is on”.

So, who will be there then? The essential German manufacturers still hesitate but won’t probably make it. “The current car market is what it is, and budgets are really tight,” is Gachot’s comment. The French feel, of course, forced to attend. Renault will be there, the new French manufacturer Hopium (hydrogen car) also, but Stellantis only confirmed that it would present novelties from only three of its 14 brands, Peugeot, Jeep, and DS.

Undoubtedly, the Chinese will be there in a growing number because they’re now ready to conquer Europe. BYD is coming to the old continent, and so is Ora (a daughter of Great Wall Motors) and many others. If our information is correct, there’s a big batch of participants to be confirmed at the beginning of September, but we don’t know how many will be.

According to the show organizers (Hopscotch and the French car sector platform ‘La Plateforme Automobile’ or PFA), choosing and buying a car has to become less complex. Therefore, for the first time, the show will propose an ample space to test-drive cars. “We go for more uninhibited car sales,” says Gachot. “There will be ‘pedagogic spaces’ to guide people in their choices, for example, between gasoline and diesel, between hybrid and electric.”

Nevertheless, there will also be non-automobile actors present. “The new car world also means that you can find new vehicles on the premises of a big bank, for example,” adds  Gachot. Everything will apparently be done to make the purchase of a car ‘accessible and acceptable’ again.

On the second day of the show, Tuesday 18 October, “world leaders in the sector, innovators, and public authorities” will meet at a big conference to discuss “the future challenges of the entire car sector”. The forum will be named ‘the Paris Automotive Summit’.

In 2018, the latest issue, the Mondial de l’Auto, received more than a million visitors, but it also lasted almost a fortnight. Now, the organizers hope to welcome half a million in six days at this 89th edition.

To be sure to reach this goal, they’ve invited Equip’Auto to hold their show regarding after-sales and mobility services simultaneously on the same premises. The Mondial will take place in exhibit halls 3, 4, and 6. For Equip’Auto, halls 1 and 2 are reserved.