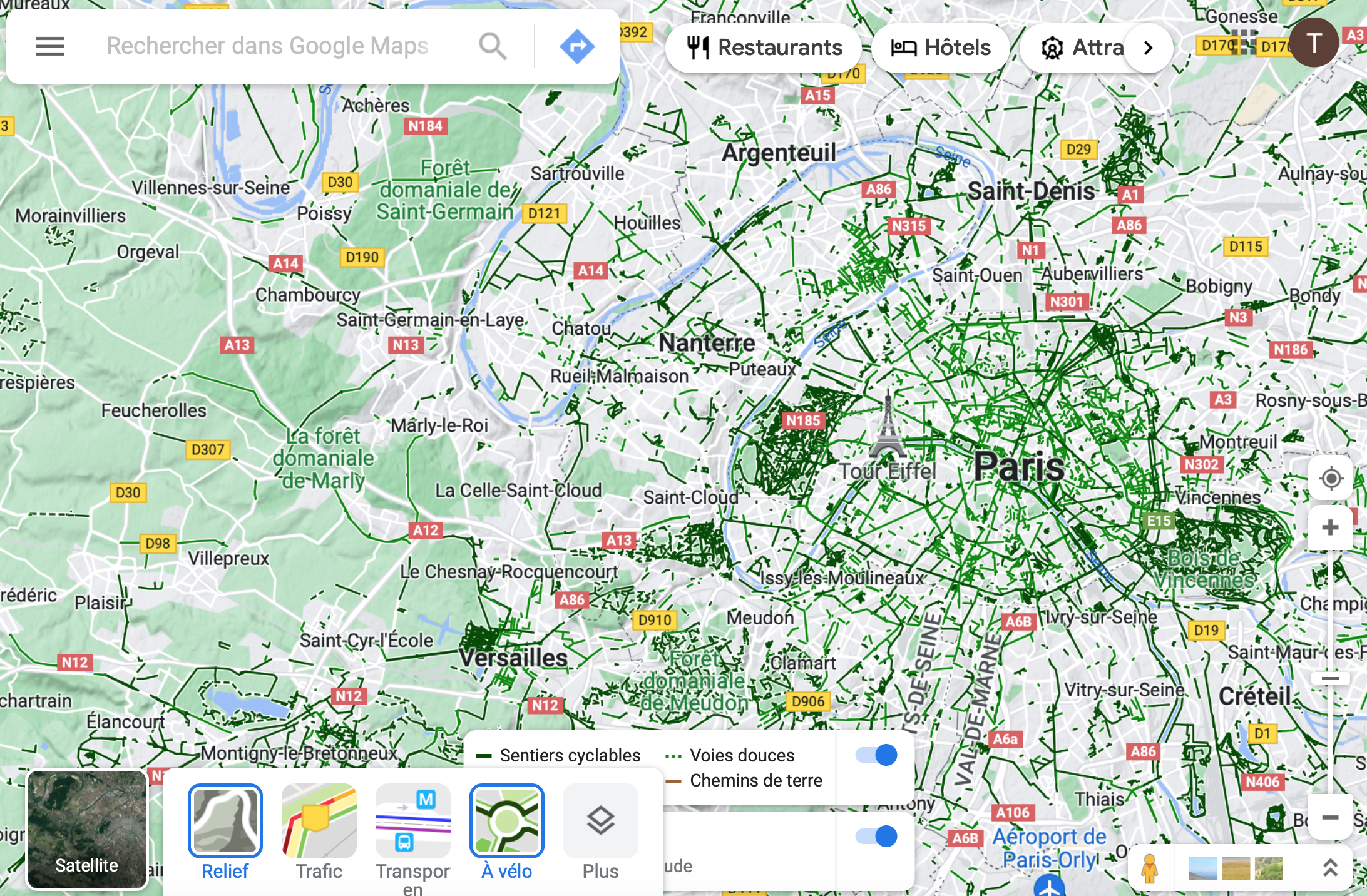 In France, sites and apps providing road guidance will have to inform their users about the negative impact of their trip on the environment and their health. In addition, they will have to propose less polluting routes and possible alternatives to the car for their voyage.

When a user searches to plan a route, the planner will have to show an estimation of the pollution caused, e.g., the amount of greenhouse gases emitted as well as other air pollutants (nitrogen oxide, PM10 particles,…) by the different modes of transport.

For example, multimodal apps or sites like Google Maps, Moovit, Mappy, or Bonjour RATP will have to ‘push’ “route suggestions with the lowest impact on CO2 emissions”.

If the suggested route in a car contains highway portions where the authorized top speed is equal to or exceeds 110 kph, the app has to provide alternatives where the speed can be 20 kph lower, with a reduced CO2 emission.

Those apps sometimes suggest secondary roads causing a nuisance to the people living along them. So from now on, they’ll have to propose alternative routes “without the massive use of secondary roads not meant to be used in such an intensive way”.

Exceptions are authorized when those alternatives permit to gain 10% of the remaining travel time or when road works or an accident blocks the main road.

These new rules and recommendations were voted in parliament in August 2021 as part of the new ‘Climate Law’ (article 122) and were recently published in the Official Journal and explained by an ordinance of the Ministry of Transport.

As of December 2022, all sites and apps will have to send regular awareness messages when somebody wants to use a car.

These are messages like “For short trips, go by foot or use a bike”, or “Lowering your speed on the highway from 130 to 110 kph will save you 20% in consumption”. They will all be signed with the hashtag “SeDéplacerMoinsPolluer” (“MovePolluteLess”).

Apps must also warn when entering LEZ (Low-Emission Zones) or other restricted areas. In the coming years, these areas will be multiplied all over the country.

At the end of this year, multimodal apps will also have to show “information about cycling roads, car-sharing locations, and parking spaces”. Currently, those can already be found on the transports.gouv.fr official website.

One year later, the same apps will have to enumerate all the possibilities of public transport and vehicle sharing (bikes, steps, cars, etc.).

With its climate law, France is clearly leading the pack. No doubt other countries will follow in time. But there are still doubts about those messages’ feasibility and clarity.

The apps will have to take an awful lot of data into account. Will those be adapted to the particular vehicle that is being used? To our knowledge, a systematic ranking of all these data for all vehicles possible doesn’t exist yet. There are a lot of calculations to be made between now and the end of the year…

What will be the final result is unclear yet. It’s a good thing to inform travelers about the impact of their voyage depending on the forms of transport they use. But we are not sure that inundating them with data will effectively guide them to the best possible solution. And they will still keep their own priorities, not necessarily ‘green’.