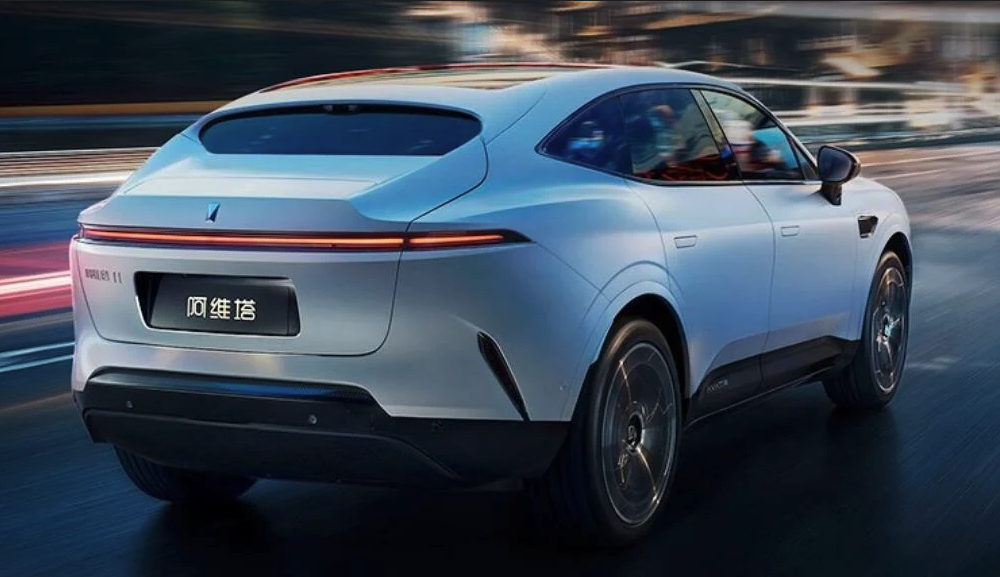 The Avatr 11 is the first model launched by Avatr. It is a coupé-SUV with a Huawei drive and a CATL battery /Avatr

The first product from the cooperation between three major Chinese industrial groups (CATL, Huawei, and Changan) is a reality. The Avatr brand has drawn the curtain on its first production model, the Avatr 11, primarily intended to attract a premium audience.

This all-electric SUV model not only looks futuristic but also has a lot of Huawei technology on board, such as the powertrain and a load of sensor technology that should enable extensive autonomous driving functions.

Huawei is not officially part of the joint venture but is an essential technical partner. Of course, it goes without saying that CATL supplies battery technology. The battery has a voltage of 750 Volts and can charge up to 200 km of driving range in ten minutes.

The first images of the Avatr 11 were already unveiled at the end of 2021, and today, almost all specifications are known. The SUV bodywork will have coupé features. The car will measure 4,88 m and have a wheelbase of 2,97 m, promising a spacious interior (especially regarding rear legroom).

There will be a four- and a five-seat version. Thanks to two electric motors (Huawei-made DriveONE motors), it will produce a system output of a hefty 578 hp. This is enough to accelerate from 0 to 100 km/hour in four seconds, and the top speed is 200 km/hour.

Thanks to the CATL battery with a capacity of 90 kWh, the driving range is 555 km. The larger 116 kWh variant can cover a distance of 680 km.

Huawei also provided expertise in the area of driver assistance systems and connectivity. As a result, the car has three LIDARS in combination with 34 sensors and a powerful computer allowing autonomous driving functions (AVATRANS) in most driving conditions in a city environment, on the highway, and there is a thorough parking assistant.

In the interior, everything is controlled via a large horizontally positioned tablet, and for the passenger, an infotainment display has also been integrated.

The car can be ordered in the Chinese market today, and the price for the version with the 90 kWh battery starts at $51 800, which indicates that the Avatr 11 is competing with premium products. In addition, the launch version always features an all-wheel drive via dual motorization.

By the end of 2022, cheaper versions, possibly with a single electric motor, should also be announced. These would come to market in the first quarter of 2023. If and when this model will come to Europe or Belgium is currently unclear. However, Avatr did indicate earlier that it wanted to export 30% of its production.