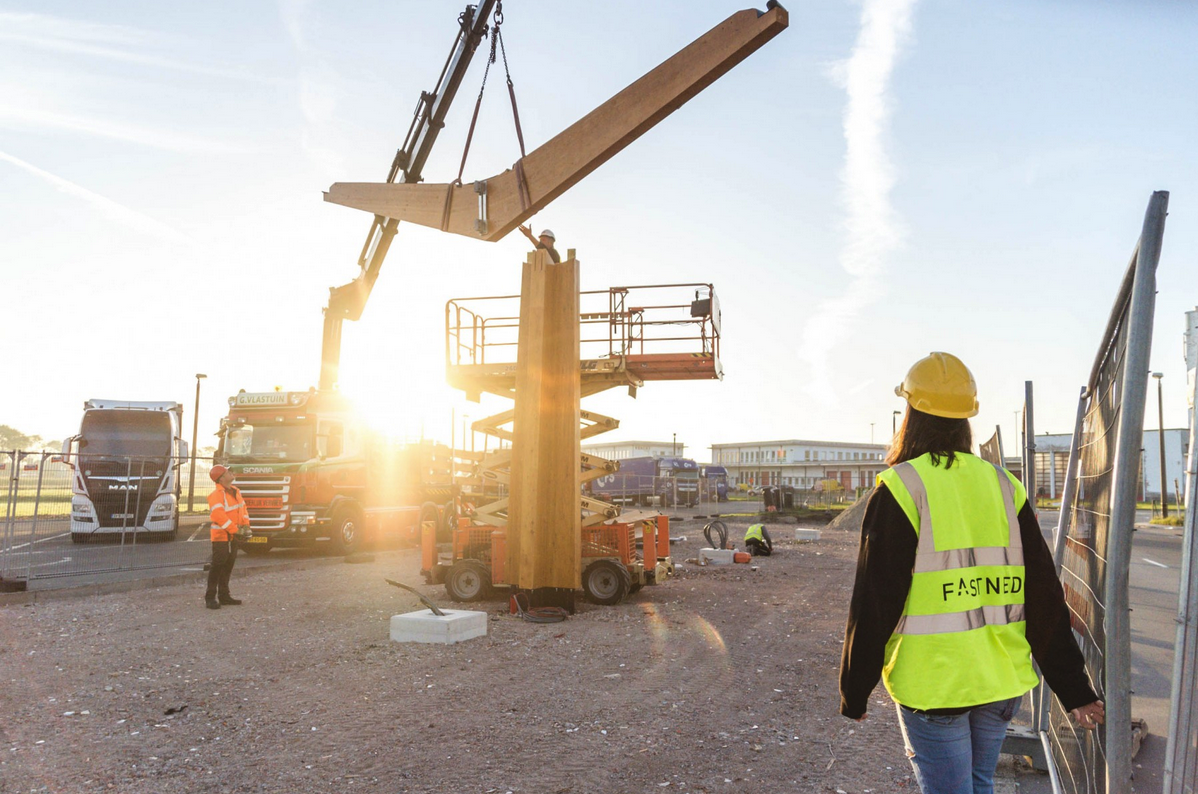 Dutch fast-charging supplier Fastned is rapidly expanding its European network, adding 23 new stations in the first six months of this year to a total of 208 /Fastned

Dutch fast-charger network company Fastned has tripled its turnover in the first two quarters of this year to €12,6 million, a 188% increase compared to the same period in 2021. This is due to the fast expansion of its European network and the growing fleet of electric cars.

In Belgium, Fastned opened four new fast-charging stations in 2022 and announced three more: two in the vicinity of Ghent (De Pinte and Destelbergen) and its first station in Wallonia, in the province of Luxembourg.

In Destelbergen, the new station with four 300 kW chargers will be built at the carpool parking site next to the R4 ring road. De Pinte gets a similar station along the E17 highway.

The Flemish road and traffic agency Agentschap Wegen en Verkeer (AWV), owning several parking spaces along the highways, has made several locations available to construct charging stations with the support of the European BENEFIC project.

Fastned opened its biggest charging station in Belgium in June, on the E19 highway in Brecht, halfway between Antwerp and Breda. It allows eight cars to charge simultaneously at 300 kW chargers.

In Ghent today, only a handful of fast chargers are available, up to a maximum capacity of 50 kW. That’s why the city is launching a tender to have 25 more by the end of this year and four locations with four to six ultra-fast chargers of 150 kW or more.

That’s something Fastned is interested in, too, Caro De Brouwer, director of network development, told Belga News Agency. The station in the province of Luxembourg along the E25 highway was confirmed too at the press briefing, but details are missing.

Fastned currently has 13 stations operational in Flanders and 22 more under construction. Fastned added 23 new stations to its network in Europe, up to 208.

Despite tripling the turnover and realizing an operational EBITA of €3 million, Fastned is still losing money with a net loss of 11,3 million. Making a profit wasn’t Fastned’s first goal so far and isn’t yet, CEO and founder Michiel Langezaal said repeatedly.

Growing is crucial to be ready to serve the booming fleet of EVs, especially in the countries where most of them are sold. Figures from 2019 to the second quarter of 2022 show a steady growth in all the markets the company is already present.

Fastned counts on the growing need for fast charging as more people who can’t charge at home or work are buying EVs. Predictions from McKinsey, Boston Consulting Group, and ChargeUp Europe foresee DC fast-charging to become 31% of the market, with home charging between 49 and 65%, compared to up to 90% in 2020. Public AC charging up to 11 kW would be between 5 and 19%, depending on who’s predicting.

A few days ago, Fastned announced it is raising prices by 10% on average to cope with higher energy prices on the market. “As we expect energy prices to remain volatile, we will review our prices monthly and adjust when appropriate,” the company says. In November 2021, Dutch Fastned raised prices for the first time to compensate for market prices, then by 17%.