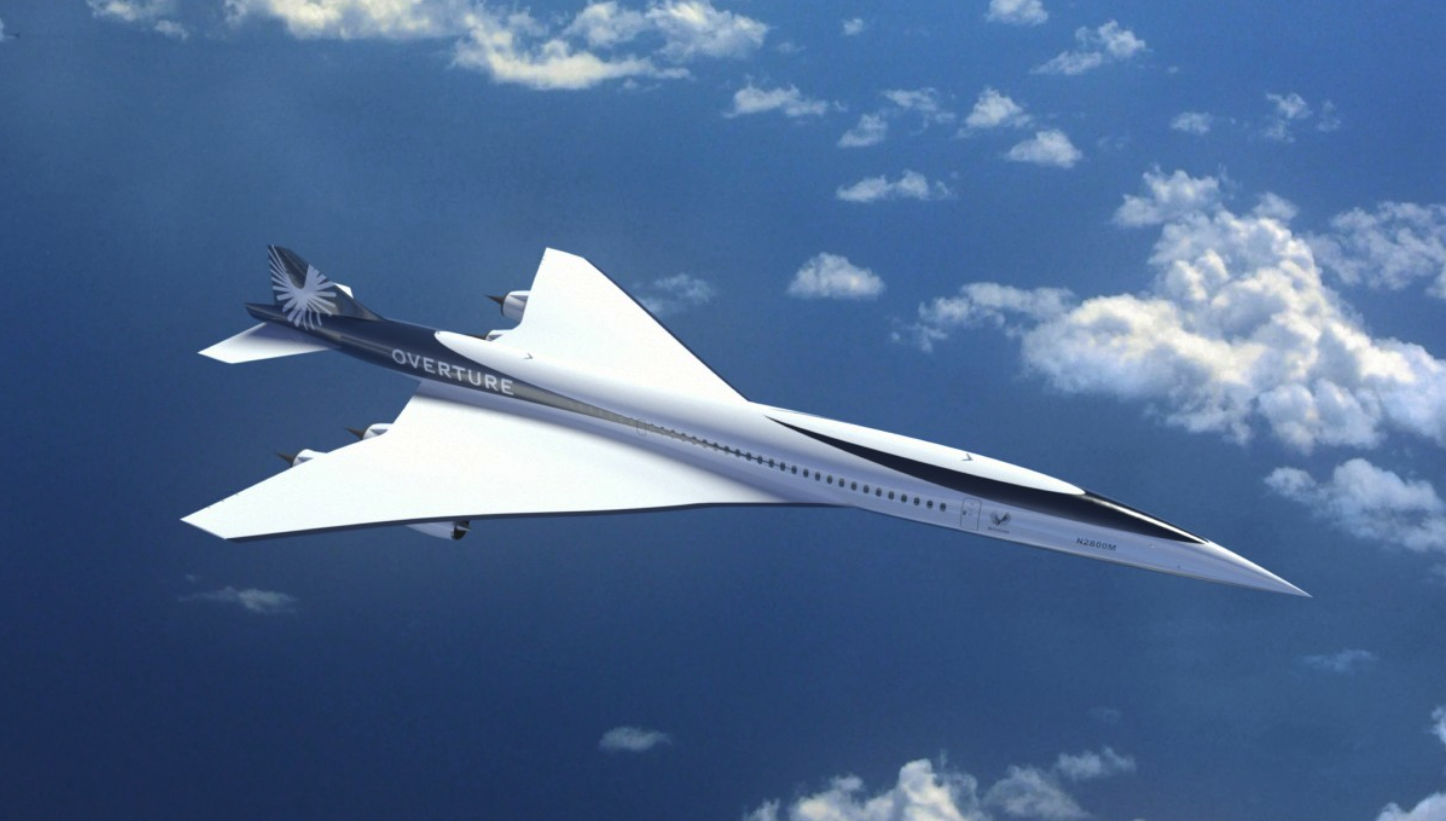 The Overture, scheduled to fly commercially from 2029, seats 65 to 80 passengers and reduces flight times by half flying at Mach 1.7 /Boom Supersonic

American Airlines, claiming to be the world’s biggest airline, announced it has placed an order and paid a non-refundable deposit to US aerospace company Boom Supersonic for 20 supersonic Overture airplanes with an option for an additional 40. United Airlines has a deal for 15 aircraft and an option for 35 more, and Japan Airlines has been a shareholder since 2017.

Boom’s Overture, revealed in July, seats 65 to 80 passengers, flies at an altitude of 60 000 feet (18,2 km) at Mach 1.7, double the speed of today’s passenger airplane, and is designed to run on 100% sustainable aviation fuel (SAF).  Miami-London becomes a just under five-hour trip this way, instead of 9 hours and 32 minutes.

But as the first Overture is slated to roll out in 2025, you’ll have to wait until 2029 to embark as a passenger. And like its famous supersonic predecessor, Concorde, tickets won’t come cheap: $5 000 per seat, Boom predicts.  The plane is designed to fly 600 routes around the world at half the time of today.

The Overture, with its 61 m length and 32 m wingspan, resembles the Concorde lacking the droop nose from the latter. The super-sleek delta-gull wing design results from 26 million hours of computer simulations and wind-tunnel testing to find the perfect balance between low-speed stability and high-speed efficiency.

“Today versus during the time of Concorde, we’re able to use carbon composite materials throughout our fuselage, on our wings, and on the vertical tail, which allows us to be much more aerodynamic and far more efficient. This helps reduce drag, which takes up fuel, and makes the plane far more fuel efficient,” the company says.

Rolls Royce has developed with the Boom engineers particular jet engines that reduce noise, provide fuel efficiency, and can run on 100% SAF. In the case of e-kerosine made from hydrogen combined with captured CO2, that fuel can be carbon neutral. But that comes at a price.

According to Boom, Overture uses the latest noise-reducing technologies, ‘ensuring no increase to existing noise contours.’ In other words, it shouldn’t make more noise than today’s long-haul airplanes. Overture will only fly at supersonic speeds over the ocean, eliminating exposure to sonic booms for people living down under the plane’s route.

These sonic booms were the main reason the US Congress voted for a law to ban supersonic jets from flying over US soil in 1973. In October 2018, President Trump signed a bill directing the Federal Aviation Administration to consider lifting the ban. It was one of the reasons why Concorde never made it to the fleets of American airlines, although initially, they were interested.

The British-French Concorde, built by Aérospatiale-BAC, was a prestige project that started as early as 1954, got into the air for the first time in 1969, and finally got airborne for commercial flights in 1976. Air France and British Airways were the only airlines to fly it on transatlantic routes from Europe to Washington Dulles and New York JFK in the US until 2003.

The final swan song was set in with the crash of Air France Flight 4590 from Paris, Charles de Gaule, to JFK, New York, in 2000. During take-off, the plane ran over debris on the runway, blowing a tire and damaging the fuel tank in the left wing, which ignited and caused a loss of power and damage to the flight controls. The plane went down on a hotel in Gonesse. All 109 people aboard died, and six of the hotel guests.

The crisis after the 9-11 terrorist attacks on the World Trade Center in New York and the high operating costs for the 95 tons of kerosine the plane carried finally grounded all twenty Concordes and confined them to the museum.