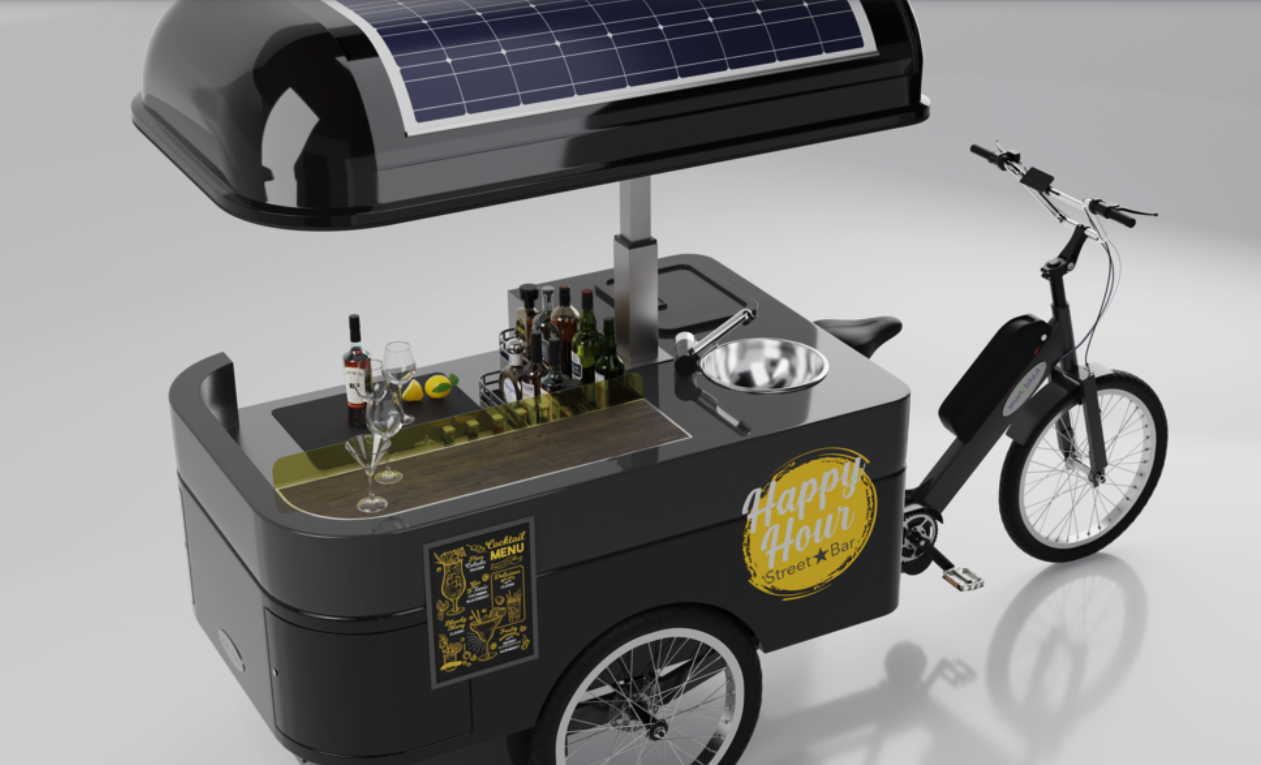 The SmartEbike can be used as a coffee bar, a pancake stall, or a sophisticated cocktail bar /smartebike.com

The Italian start-up SmartEbike is working on a special kind of electric cargo bike for the street food business. Although still in the concept phase, the Street Food E-Bike is advertised as a “trendy and fashionable alternative to the good old-fashioned food cart”.

According to the ‘inventors’, the Street Food E-Bike can store anything from ice cream, coffee, beer, or various dishes. These street food carts are designed to offer maximum autonomy and accessibility.

They can go wherever they like: in passenger areas, at festivals, parties, and other events. They can serve as an ice-cream parlor, coffee bar, brewery, pancake stall, or cocktail bar.

Electric bicycles are part of daily life. They’re more popular than ever for recreational use, commuting, or shopping, but they’re making their way into the mainstream industry, too. Electric cargo bikes are gradually taking over the work of traditional delivery vans and motorbikes.

And that is precisely the need SmartEbike is responding to with its revolutionary street food cart. The concept is a relatively lightweight front-wheel drive three-wheeler with a fiberglass body. It can be painted and configured according to the desired design.

The made-to-order vehicles feature a fully electric, telescopic sunroof, LED lights, and a pedal-assisted electric motor. Photovoltaic panels on the roof allow the battery to be charged while on the way. The bikes will be completely built and assembled in Italy, in Bagnolo Cremasco, in Lombardy, in the northern part of Italy.

Up to 15 hours of autonomy

The SmartEbike guarantees a fifteen-hour use on sunny days and ten hours on cloudy days. Apart from the solar panels on the roof, the e-bike uses two battery packs. They take a total of eight hours to fully charge via a 220-Volt charger. Other features are a digital display to check the temperature, battery level, and other data.