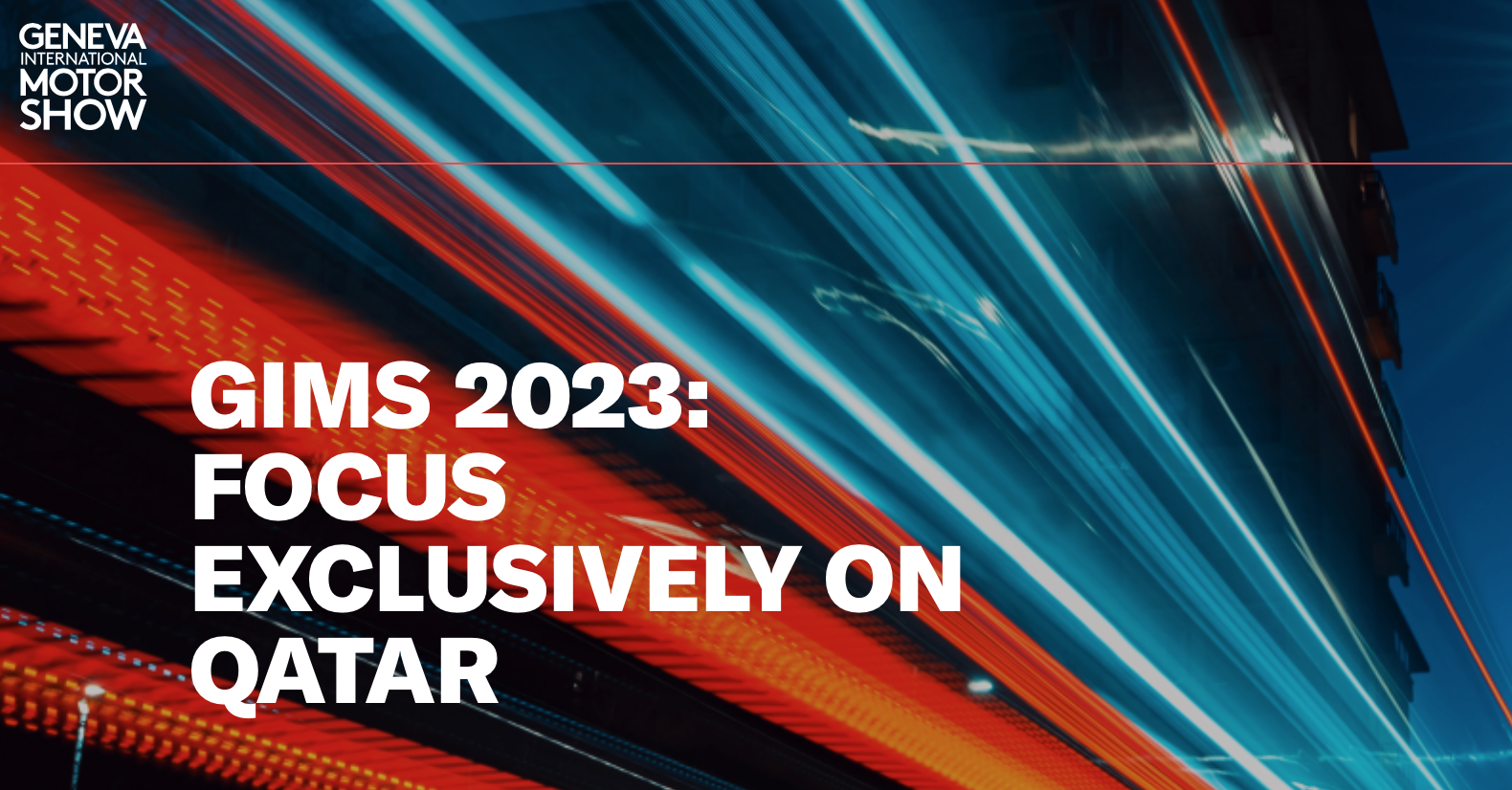 The 2023 edition of the Geneva International Motor Show is once again canceled. There will be an event in Doha (Qatar), for 2024 nothing is decided yet /GIMS

The Geneva International Motor Show (GIMS) will again be canceled in February 2023. On Thursday, the organizers mentioned geopolitical and economic uncertainties as the main reason for many brands’ strong hesitation or complete refusal to participate. So instead, the organizers now focus on the first Doha edition and put all their hopes on a Geneva edition in 2024.

“Because of the uncertainties weighing on the world economy and geopolitics, and, of course, the pandemic evolution, the organizers have decided to concentrate exclusively on planning the Doha event in 2023,” said Maurice Turrettini, the president of the GIMS foundation, in a press release.

The decision was taken by the foundation’s Advisory Committee members on Thursday while meeting in Bern. The members were anxious to protect the financial viability of the foundation.

The GIMS has been in turbulent waters lately concerning its financial situation, and the Committee didn’t want to take any risks. Since the show was canceled right before its opening in 2020 because of the pandemic, the newly formed foundation has been very careful to engage in financial adventures and has searched for financial support in the Middle East. That’s where the focus seems to be, for the moment.

“The impact of canceling the show will be less when we take the decision now and not in a few months,” said Sandro Mesquita, General Director of the GIMS. “Some novelties were not ready yet, and because of the bad economic forecast, there were fewer participants in 2023,” he explains. “In these uncertain times, many manufacturers or brands were not ready to engage in a European show this coming winter.”

“The new format for Geneva has been very well accepted, but to proceed now seemed too risky,” president Turrettini added. For Sandro Mesquita, the GIMS has a reputation to protect.

It wants to give both participants and visitors what they expect from Geneva, which wasn’t possible to achieve at the beginning of next year. The Geneva Show was initially planned from 14 to 19 February 2023.

The first Doha edition in Qatar will take place in November. “Our Doha platform has the biggest chance to be successful next year,” explains Mesquita. “Its format permits to see/experience vehicles in live action, and that’s what many manufacturers wanted.” The event in Doha is planned every two years.It seems to be clear that it is aimed at fewer people but with more financial possibilities.

Geneva 2024 is not confirmed yet

Finally, Mr. Mesquita said that no decision has already been taken about the 2024 edition of the GIMS. “The first echos are reassuring,” Mesquita insists, “and we see a positive trend. However, the real recovery for the automotive sector is forecasted for the end of 2023 or the beginning of 2024.”

After announcing and then postposing the GIMS three times in a row, the organizers have become very careful to plan whatsoever in the near future. The event in Qatar seems different, supposedly attracting another clientele, presumably even more financially powerful. It likes to see its future purchases in action in an environment that is even more aimed at the happy few than the Geneva Motor Show.

The ultimate question, of course, remains: is there still room for a classic motor show as we know it, attracting a huge crowd? Perhaps, a growing number of car manufacturers isn’t interested anymore, as practically everybody in the business now wants to build more expensive (and more profitable) cars for fewer people.