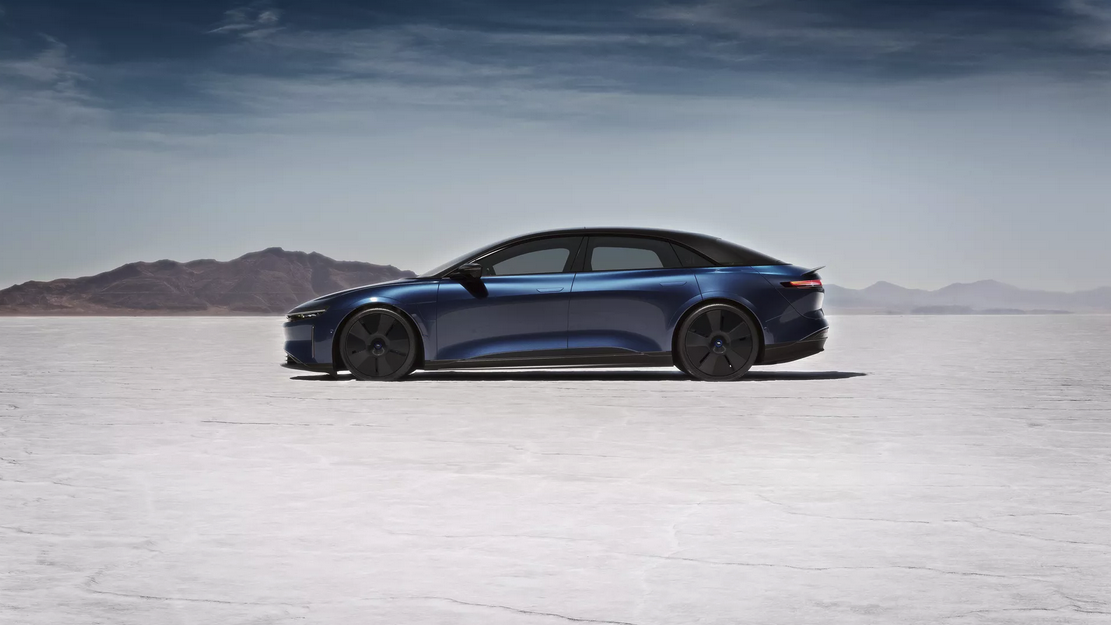 The Lucid Air Sapphire marks the debut of a new performance sub-brand for Lucid, starting with the world’s most powerful sedan so far /Lucid

While still struggling with pushing out only 6 000 to 7 000 cars this year of the forecasted 20 000 Lucid Air sedans for 2022 from its brand new factory, the American start-up is presenting the Sapphire. More muscle, more power, pushing beyond 200 mph (320 kph), the ‘future is faster,’ Lucid claims while forcing Tesla’s Plaid and Porsche’s Taycan into pursuing.

“Sapphire represents the pinnacle of electric performance, finally achieving the performance that I’ve so long searched for,” says Peter Rawlingson, CEO and CTO of Lucid and the ex-engineer who once stood at the cradle of the Tesla Model S. Sapphire marks the start of an entirely new performance-focused sub-brand within Lucid.

Accelerating in less than two seconds

Koenigsegg is constantly looking for “a reason for electric hypercars to exist,” as its founder and CEO told Top Gear Magazine in a recent interview. And compared to Koenigsegg’s average prices starting ‘as low’ as €1 500 000, the $249 000 (€247 000) for the Lucid Air Saffire is a bargain.

As a Lucid first, it features three electric motors instead of two: a new twin-motor rear-drive unit and a single motor front-drive unit. This twin rear-drive unit can pivot the rear of the vehicle, providing torque to the rear wheels in opposite directions to promote either turn-in or straight-line stability. “It is faster, quieter, and more seamless than a brake-based set-up and a rear-wheel steering system,” says Lucid.

With carbon-ceramic brakes, an aerodynamic body kit, and track-tuned suspension, as a standard, it should outperform the Tesla with ‘Plaid Track Mode’. The latter is the new version of Tesla’s track mode software that was launched in January 2022 to push the track performance of the Model S Plaid to a whole new level. Like a top speed pushed from 175 mph (282 km/h) to 200 mph (322 km/h).

Lucid says the Air Sapphire will be offered as a limited-production model, with deliveries planned in the US and Canada next year. Pre-ordering starts on Tuesday, 23 August, in those countries. Whether this edition will make it to Europe wasn’t unveiled yet.