Traffic safety institute VIAS will have its financial situation screened 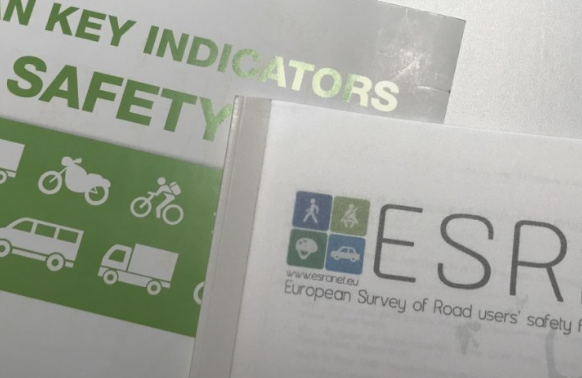 The Beglian traffic safety institute VIAS does research on road safety and launches campaigns, but has also other, more commercial activities. The separation between both sorts of activities now has to be audited for more transparency /VIAS

The Belgian traffic safety institute VIAS (formerly BIVV/IBSR) will see its financial activities screened by an external audit. That has been communicated by the Federal Mobility Minister Georges Gilkinet (Ecolo) in an interview with Het Nieuwsblad.

“The audit aims to be able to make an accounting and content-related distinction between the investigative and research activities and other commercial activities,” says Gilkinet.

In Belgium, VIAS is mainly known for its traffic safety research and campaigns. The institute is, for example, the instigator of the very successful BOB campaign (initially every year around Christmas, now almost permanently). The sensitizing campaign tries to convince people to have at least one ‘Bob’ as the driver of the car returning home from somewhere, a Bob that hasn’t consumed alcohol or drugs before.

To organize these campaigns and do some research on traffic safety, VIAS gets almost € 6 million of governmental subsidies per year. The institute also has an agreement with the government that it has to do everything possible to reduce the number of fatal traffic accidents by half before 2030.

On the other hand, VIAS has developed some commercial activities. For example, it’s the owner of driving schools, sells alcolocks, organizes training, etc. Therefore, the audit will have to clear out the different financial transactions within VIAS to see if there’s no overlap between official (subsidized) activities and commercial ones. Eventually, different procedures will have to be created to separate the activities. The audit has to be ready within three months from now.

Critics of VIAS always point to the fact that two of the four board members at VIAS originate from the so-called car world. Moreover, since 2016 there has been a partnership with the Royal Automobile Club of Belgium (RACB), a large car mobility club in Belgium. According to those critical voices, the research and other activities of the institute are far too much biased toward car mobility.

In a reaction, a VIAS spokesman points out that “the RACB never has any influence on the content of the planned research. Every single research project or campaign has to be validated by governmental services.”

When one pays a visit to the VIAS website, it’s clear that the institute has a lot of initiatives developed, commercial, and others. The difference between both is not always that obvious; it can be healthy that an outside, independent source creates more transparency. But, on the other hand, it’s also evident that all these activities can’t be financed with the subsidies the institute gets from the authorities.