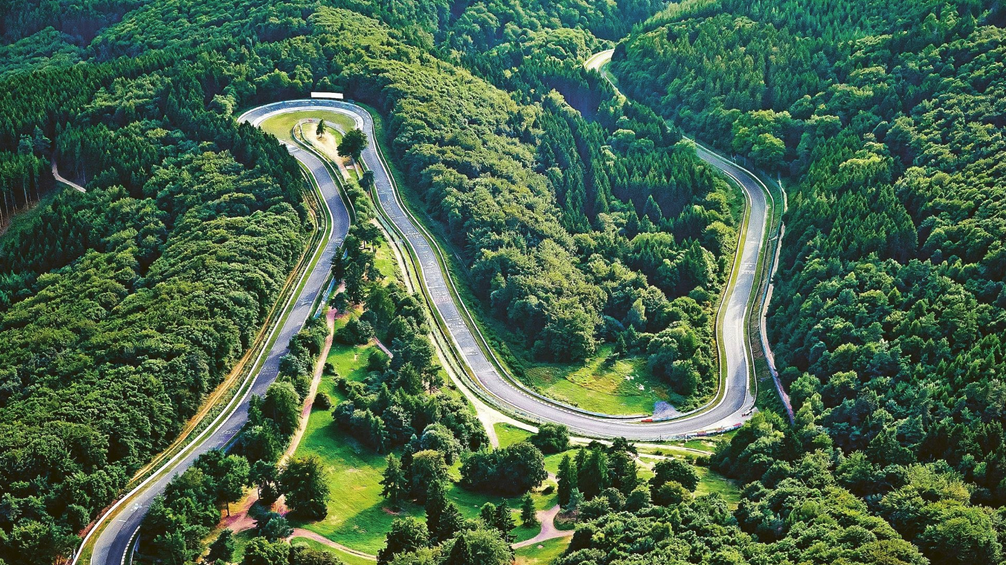 In a virtual simulation using the data set of an existing car, adapted with a ‘virtual’ hydrogen engine, Porsche could go full throttle without fear on the winding circuit of the Nürburgring Nordschleife /Porsche

Burning clean hydrogen in a zero-emission sports engine is even for German sports car manufacturer Porsche a potential alternative to conventional fuels or synthetic fuels (e-fuels) for combustion engines. It tested a 440 kW (590 hp) 4.4-liter eight-cylinder engine on hydrogen on the Nürburgring Nordschleife, but totally virtually…

The car used was ‘a luxury-segment reference vehicle with a relatively high total weight of 2 650 kg’, probably like a virtual Cayenne Turbo S, setting a lap time of eight minutes and 20 seconds. The good news is that besides zero-carbon emissions and no particles, nitrogen oxides are so low that the future hydrogen car won’t need an exhaust after-treatment system.

The six-month study focused on a higher compression ratio and combustion adapted to hydrogen, but most importantly, a new turbocharging system, the Porsche engineers say.

“For clean combustion of hydrogen, the turbochargers have to, on the one hand, provide around twice as much air mass as they do in gasoline engines. On the other hand, however, the lower exhaust gas temperatures result in a lack of energy for their propulsion on the exhaust side,” explains Vincenzo Bevilacqua, Senior Expert Engine Simulation.

That can’t be done with conventional turbochargers, so Porsche explored four alternatives, “particularly powerful turbocharging concepts, some of which come from the world of motorsport.”

The development team selected a turbocharging system with back-to-back compressors for the engine study. The unique feature of this design is the coaxial arrangement of two compressor stages, which are driven by the turbine or the supporting electric motor using a standard shaft. The process air flows through the first compressor, is cooled in the intercooler, and recompressed in the second stage. 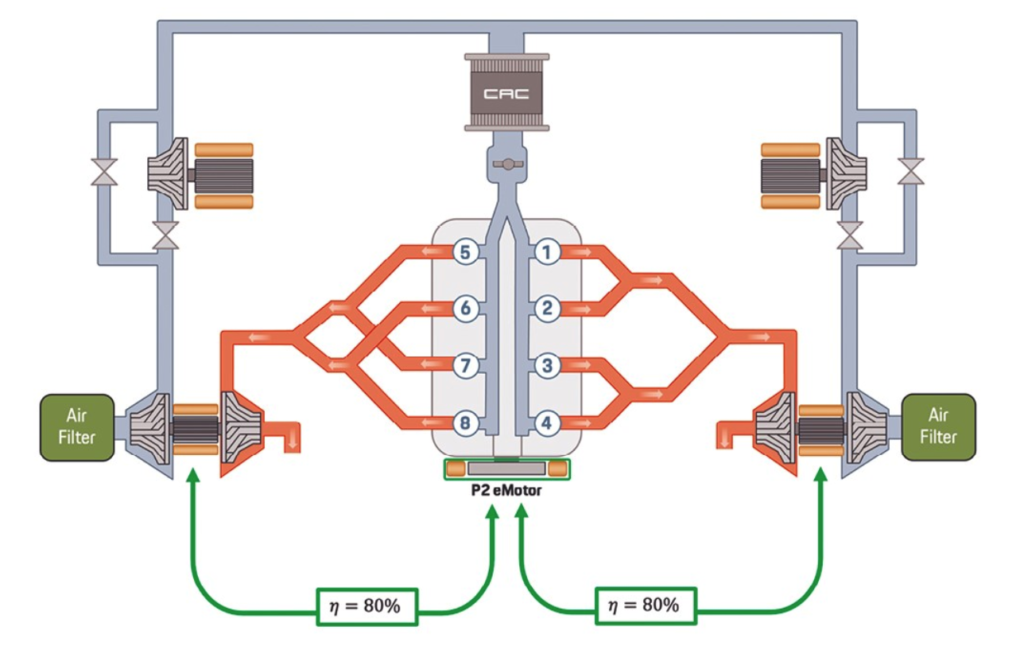 The virtual hydrogen engine in the virtual car proved to be on par with the original 440 kW ICE engine in what’s called a ‘digital twin’ using an existing data set from an actual car that is altered to take account of the new technology. The vehicle demonstrated high potential with regard to driving dynamics.

And what’s important, the environmental impact is close to zero. Due to its chemical composition, the engineers say neither hydrocarbons nor carbon monoxide is released during hydrogen combustion, nor do particulates play a role.

But burning hydrogen can lead to the thermal formation of nitrogen oxides (NOx – the sum of NO + NO2), which also applies to the combustion of fossil fuels. Porsche says it managed to adapt the engine’s operating strategy for the cleanest possible combustion.

“As it turned out, the nitrogen oxide emissions are well below the limits set by the Euro 7 standard currently under discussion and are close to zero over the entire engine map,” Porsche says. And this without needing an exhaust after-treatment system.

“We have fulfilled our self-imposed project goal: the development of a clean, economical, and sporty hydrogen engine across the board,” Bevilacqua concludes. Not needing an expensive exhaust after-treatment system compensates for the more costly turbos. Overall, the cost of a hydrogen powertrain in series production could be comparable to that of a gasoline engine.