BYD to launch three EV models in Europe in 2022 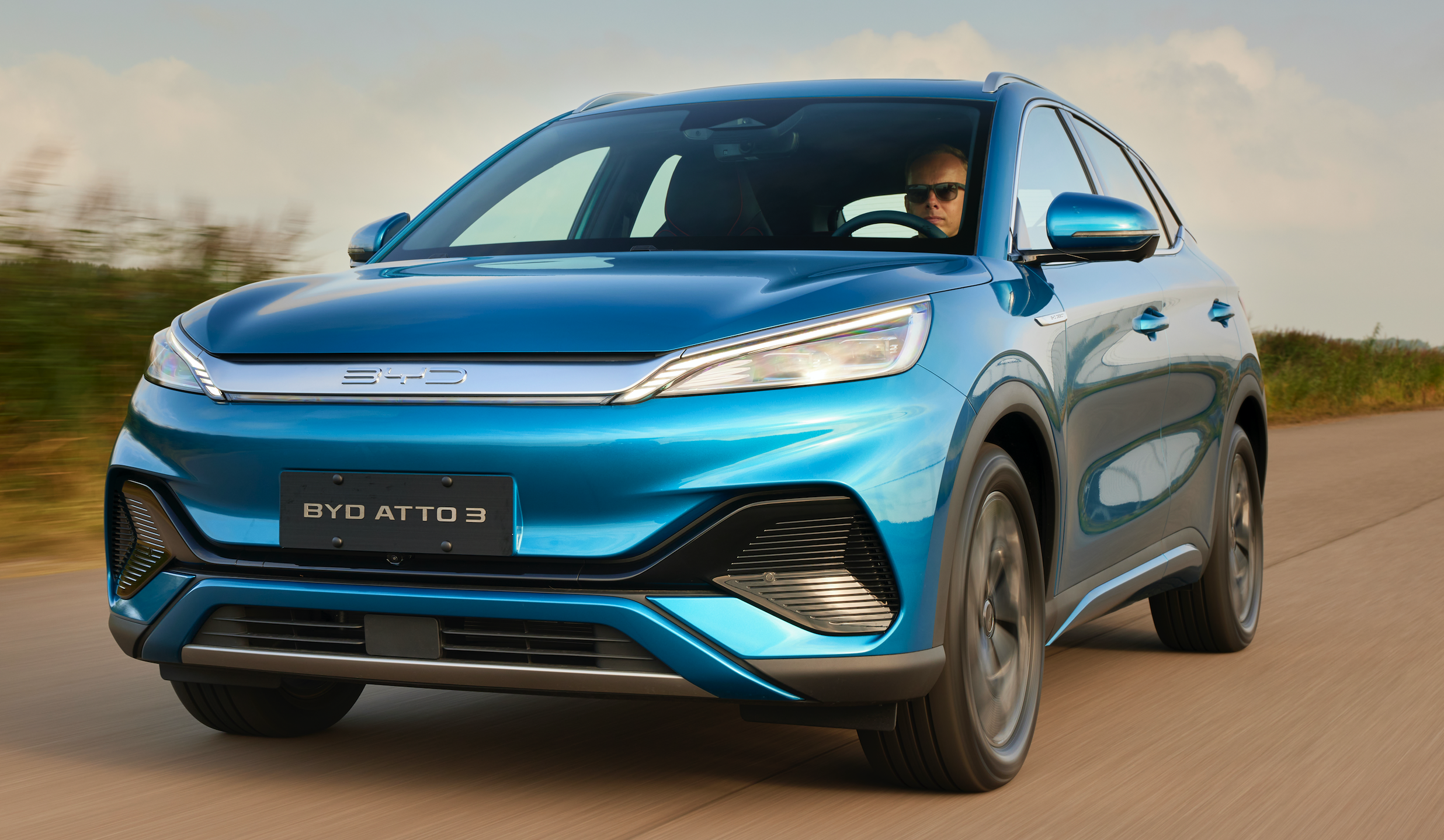 This BYD Atto3 is a compact electric SUV, which has been designed for the European market / BYD

Chinese BYD (Build Your Dreams) has big ambitions for Europe. It plans to launch three fully electric models (Han, Tang, and Atto3) in the European and Belgian markets before the end of the year. And BYD will be able to bring these models to consumers quickly because it builds not only cars but also batteries, motors, and semiconductors.

The new cars heading for Europe are the Tang, a large SUV, the Han, an E-segment sedan model, and most importantly, the Atto 3, a compact SUV tailored to Europe. The latter, with a ‘blade’ battery offering a capacity of 60 kWh and a range of 420 km (WLTP).

The electric motor achieves utmost efficiency by integrating all components into one unit: inverter, controls, and drive. Another unique element is the ‘blade’ battery, which is more robust and safer than the car batteries we know today. The compact design makes it more thermally efficient. Its energy density is much higher, hence providing more range for an EV.

And a number of car manufacturers worldwide are interested too. Tesla is currently using this battery from BYD in its Model Y, made in Berlin, for instance.

BYD may be a newcomer to the car business, but it has two decades of experience developing and producing batteries and electronic components. What’s more, the Chinese privately owned company has set itself the goal of using its technology – especially the reduction of CO2 emissions – to make our planet 1° C cooler. Exact figures or a specific deadline for achieving this goal are not communicated, but it is a remarkable statement by a (car) manufacturer.

The interesting thing about a group like BYD is that they also put their words into action. Although the brand wants to gain a solid position in the European car market today, the company has made reducing the overall carbon footprint of its trademark a priority.

They are doing this not only by building exclusively electric vehicles; they are catering to the entire ecosystem by developing solar panels, inverters, home power storage via batteries, developing and producing semiconductors, and by the way, also building electric cars.

BYD may be less familiar to European consumers, but there is a good chance the battery in your mobile phone is branded BYD. And this company is one of the world’s most prominent electric bus builders. In the UK, the brand accounts for 80% of electric buses.

The group also is one of the world’s leading producers of lithium-ion batteries and, in recent decades, has secured access to the raw materials needed to build them.

Today is the first time BYD reveals its European plans. The manufacturer says it wants to make its official debut at the Mondial in Paris (17 to 23 October). Specific delivery dates and prices will be communicated there. But it doesn’t look like BYD wants to position itself as a ‘cheap Chinese price breaker’.

The brand wants to give as many people as possible access to electromobility, and it is not excluded that this will happen through a subscription formula. The brand chooses to bring its vehicles to the consumer via a traditional dealer network and offer the necessary services through that channel.

In the Netherlands, the Chinese manufacturer has selected the car dealer group Louwman, importer of Toyota, as its national sales partner. Louwman will offer BYD customers online and offline sales and after-sales services.

In Belgium, BYD is talking to Inchcape, which also distributes Toyota and Lexus. BYD may make (partial) use of the same dealer network, although there will also be specific points of sale. It is unclear what the exact form of cooperation will be, as some necessary signatures are still missing.

A brand like BYD should particularly concern the European car industry. To begin with, BYD does not have to worry about supplying crucial EV components such as batteries, semiconductors, and electric motors because it controls all these elements themselves.

Most European car makers rely on Chinese supply for batteries or raw materials to make them. Apart from that, BYD has the possibility of eventually offering the customer a total solution in the form of an energy supply to power the electric car as well.

After all, BYD is also a specialist and producer of solar panels, inverters, and home batteries. Such a ‘one-stop shopping’ possibility at a car manufacturer is unseen, except for Tesla, and it could make a difference while the world is living its biggest post-war energy crisis.