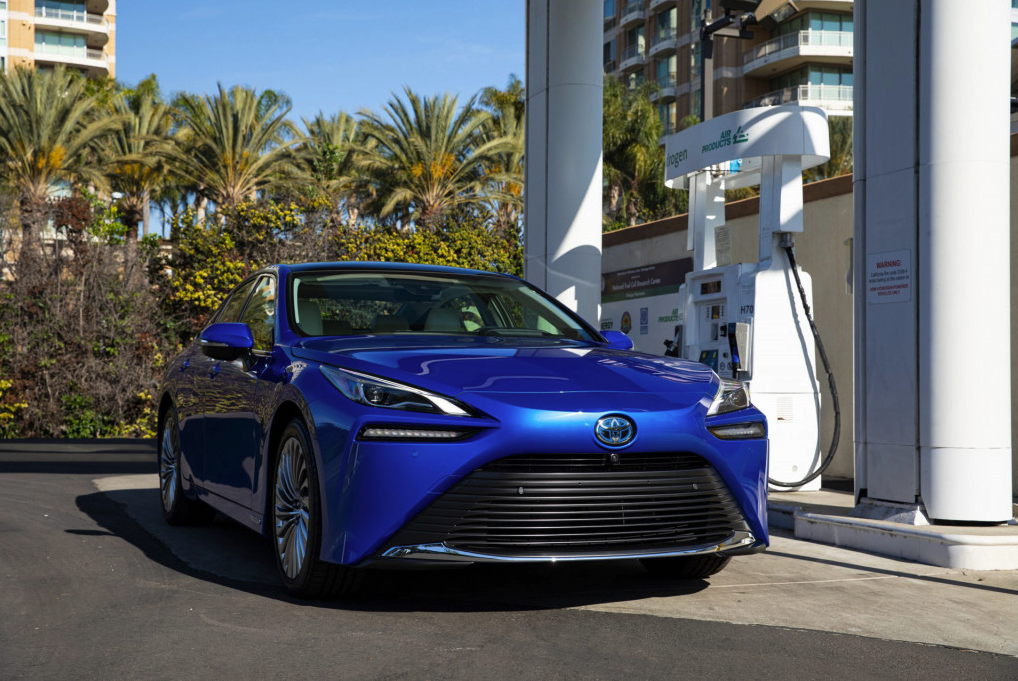 Although California is Toyota’s best market for selling zero-emission FCEVs like the Mirai, the Japanese carmaker was long opposed to have the state set its own stricter emission rules /Toyota

The State of California is officially banning sales of cars and light trucks with an internal combustion engine (ICE) from 2035 on, following the path of the EU in its Green Deal. But it leaves a loophole for carmakers to have 20% of their sales being plug-in hybrids, as long as they have a pure electric range of at least 50 miles (80 km).

Die-hard opponents will still be able to buy a gas-guzzling ICE car in other states. Still, most neighboring states have followed California’s emission standards for years and will likely go along. Heavy diesel trucks will get a stay of execution until 2040, and second-hand ICE vehicles will still freely be sold after 2035.

And even with battery-electric vehicles and fuel cell cars, it remains to be seen how ‘green’ the energy sources to recharge or refuel are. Today only 40% of California’s energy is carbon-neutral, with nuclear accounting for 8,5% and several power stations still running on burning coal.

Emissions by road transport are responsible for 40% of California’s CO2 emissions. The new rules should reduce greenhouse gas emissions by 50% in 2040. According to the plan, nitrogen oxides (NOx), a known major smog-forming factor, are to be cut by 25% by 2037.

The California Air Resources Board (CARB) voted the new regulations on Thursday, making it official state policy after governor Gavin Newsom announced the phase-out by 2035 in September 2020. CARB was created in 1967 to combat the toxic yellow-brown smog that hung over Los Angeles and has defined the State’s emission standards since.

Congress allowed California decades ago to set its own emission rules and allows other states to apply the same standards. More than a dozen states do, and Washington State even has a plan to phase out ICE cars by 2030, although this is not binding.

President Trump tried to deny California the right to impose its own vehicle emission laws and was followed by several car manufacturers like General Motors, Toyota, and Fiat-Chrysler (FCA at that time, now Stellantis). They decided to start legal action. GM, with Mary Barra, later turned its back on the Trump administration, turning toward the new president, Joe Biden.

Other car manufacturers agreed from the beginning with California to voluntarily reduce the CO2 emissions of their vehicles. Ford, Honda, BMW, and Volkswagen were, therefore, not participating in the legal action of their competitors.

Ford today applauds CARB’s decision saying, “to be proud of the partnership with California for stronger vehicle emissions standards, forged during a time when climate action was under attack.”

Toyota, which is a major player in the field of hydrogen cars in California with its Mirai but is reluctant to let go of the investments in its (non-plugin) hybrid technology it developed decades before the other carmakers, now tries to make the best of a bad job.

Earlier this week, Toyota sent the California Air Resources Board a letter recognizing its authority to set vehicle emission standards. While in the Trump camp, the Japanese carmaker was one of the fiercest opponents of having the US Environmental Protection Agency grant California a waiver to set its own automobile emissions policies under the federal Clean Air Act.