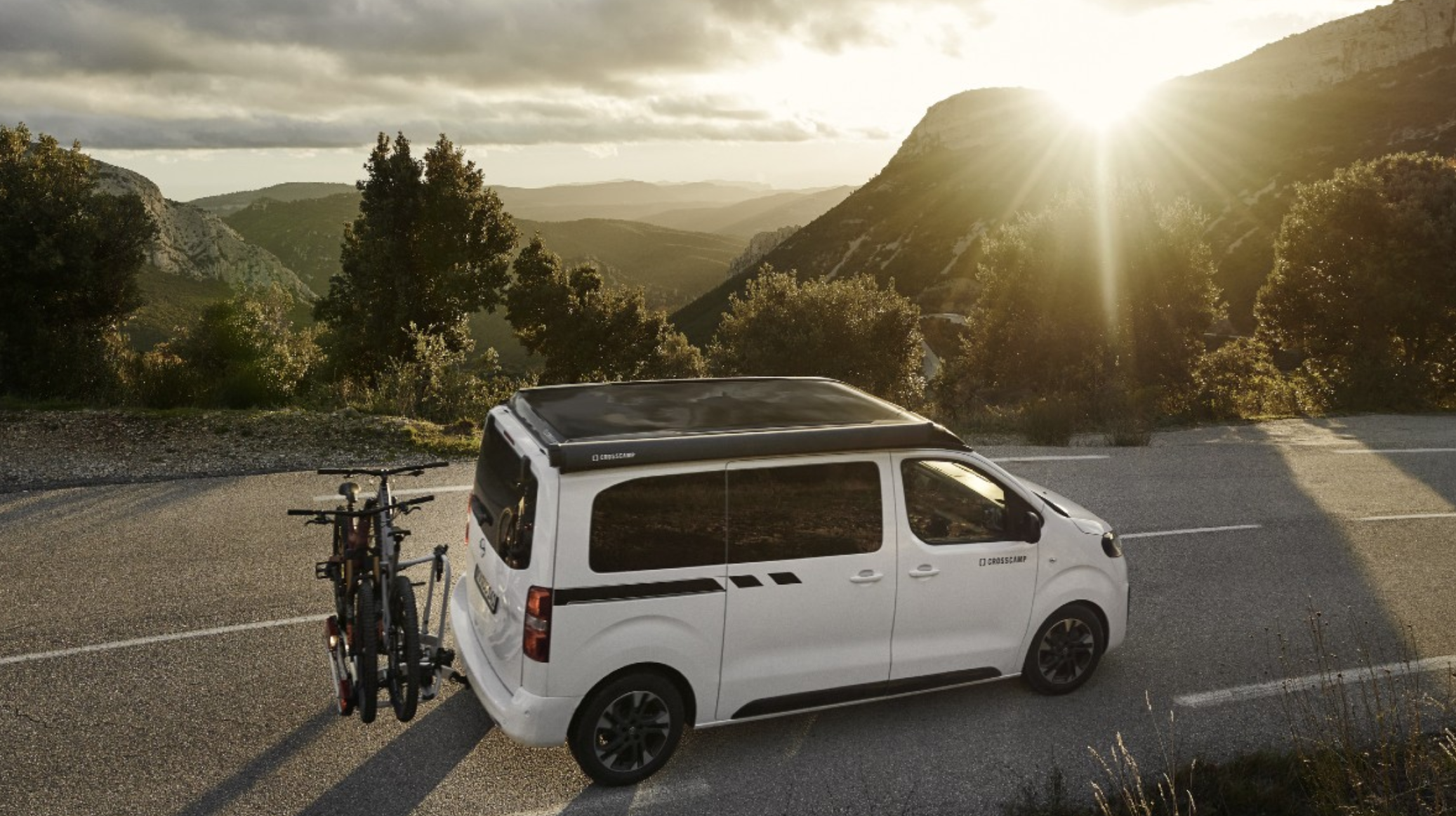 The Opel Crosscamp Flex is a camper based on the electric Zafira. It will be available in 2023 /Crosscamp

Opel has announced that a van-sized camper based on the battery-electric Zafira-e Life will be launched next year. The ‘Crosscamp Flex’ presented at the Caravan Salon from 27 August to 4 September is still a prototype.

The camper was built based on an Opel Zafira-e Life with a 75 kWh battery pack. Opel does not specify the range of the Crosscamp Flex in the press release. Before the conversion, the WLTP range of the standard model is 322 kilometers. With the camping conversion, the weight increases, and the aerodynamics deteriorate because of the pop-up roof and an awning that can be pulled out on the passenger side.

There are no changes to the drive: the 100 kW strong electromotor remains and the DC  charging power is also a maximum of 100 kW. This should allow the battery to be charged to 80% in 48 minutes. An additional body battery with 95 Ah capacity supplies the consumers on board.

Series production of the Crosscamp Flex Zafira-e Life is scheduled to start in the first half of 2023 at Crosscamp, a new brand of the Hymer Group with products developed, produced, and marketed by Dethleffs, based in Isny, Allgäu region, Germany. The brand is also planning to offer the electric Urban Camper as a Crosscamp Lite in the future. The company has not yet named prices for the camper conversion.

A bridge into the motorhome sector

“It is not only in the passenger car segment that vehicle manufacturers are currently significantly expanding their range of electric vehicles but also in vans and transporters,” says Christof Häßler, Business Unit Manager Urban Camper at Dethleffs.

“At the same time, the acceptance of electric drives is growing with the expansion of the infrastructure. With the electrically powered Crosscamp Flex, we want to pick up on this trend and, as a specialist for urban campers suitable for everyday use, build a bridge from the passenger car segment into the motorhome sector.”