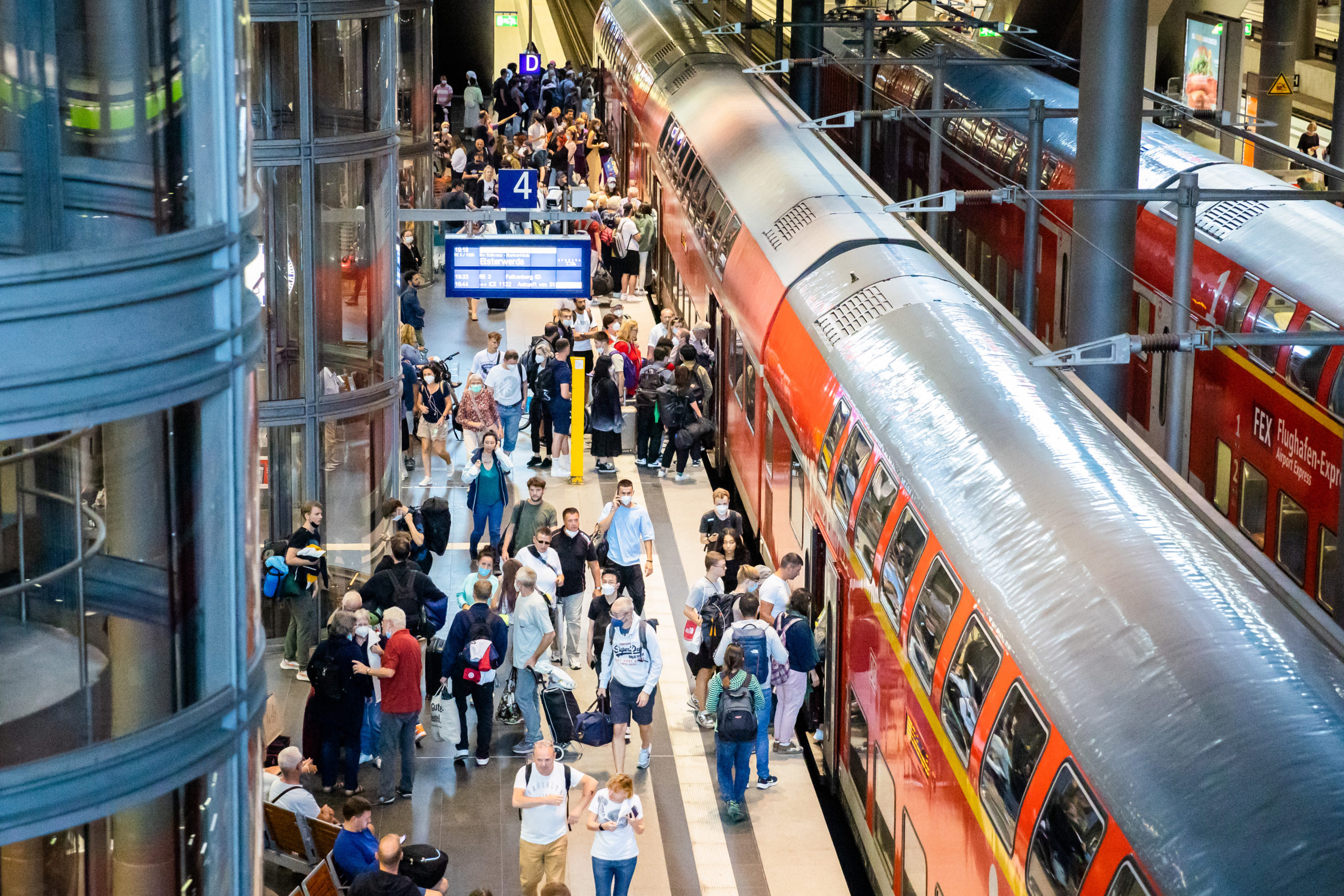 According to the German public railway company, Deutsche Bahn, the cheap monthly ticket they introduced for almost unlimited use of train transport was a huge success. Last June, July, and August, Deutsche Bahn alone sold 26 million of those monthly tickets. The tickets will be valid until the end of August.

The tickets cost nine euros, and Germans could use them all summer long for almost unlimited use of regional transport. Only high-speed train connections between large cities were excluded from the holiday offer. The main goal was to get more people out of their cars and promote the use of public transport. But critics doubt Germans actually drove less with their car.

How many tickets were sold nationwide is not yet known, though the Association of German Transport Companies plans to publish comprehensive figures this week.

In early August, the association announced that during the first two months, some 38 million tickets had been sold across all German transport operators on top of the roughly 10 million passengers who already held season tickets.

According to a survey by the German press agency DPA, the formula was a success: 31% of participants frequently opted for the train instead of using their own cars, 18% replaced the car with public transport, and 28% of Germans bought at least one ‘summer ticket’.

According to Evelyn Palla, spokesperson for Deutsche Bahn, one in five German travelers rediscovered public transport thanks to the ‘summer ticket’. The company also registered more passengers than before the corona pandemic.

The initiative also positively affected other domains: inflation decreased by 0,7%, and the air quality improved by almost 7%, observed the University of Potsdam. Olaf Scholtz, Chancellor of Germany, called it “one of the best ideas so far”.

However, despite the formula’s popularity, not everybody was convinced of its success. Critics asked themselves whether the tickets were not mainly used for trips that otherwise would not have been made. And rightly so, earlier studies confirmed. About one-quarter of trips would not have been made without the reduced ticket prices.

‘Not affordable in the long term’

Earlier this month, Finance Minister Christian Lindner declared that “almost free public transport would not be affordable in the long term”. Lindner is opposed to continuing the action because it will cost the German government 14 billion euros annually.