Getting behind the wheel of BYD’s first EVs for Europe 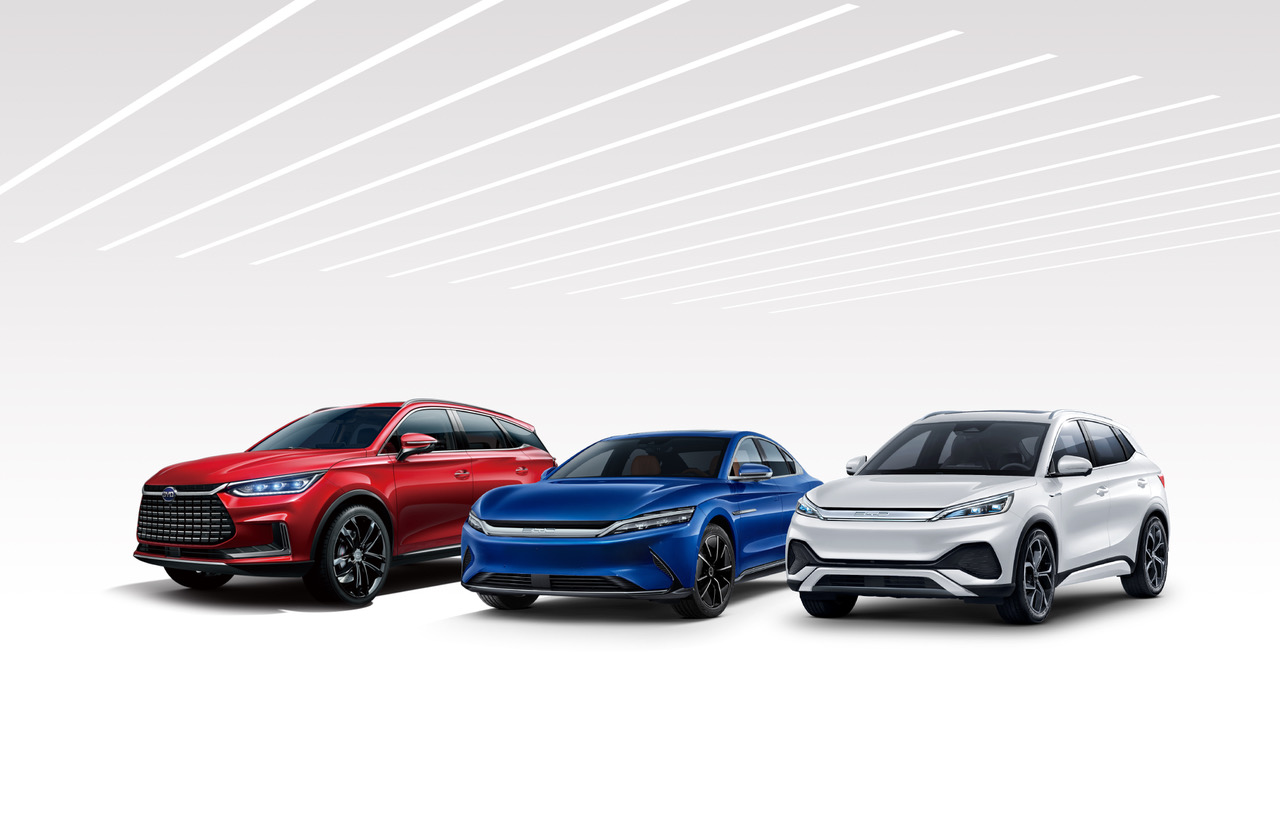 These models will be launched on the Belgian market in 2022: the BYD Tang, the Han and the Atto 3. They are also deliverable before the end of the year /BYD

BYD (Build Your Dreams) is launching three models on the European market this year, including in Belgium. NMN was allowed to drive them on a closed test track, so we can get a first impression of what these models have to offer.

BYD is no unknown player in the automotive world. A few days ago, we reported on the technical expertise that the group enjoys in electric drive and battery technology. Today we will give an insight into the first models launched on the European market: the Tang, the Han, and the Atto 3.

Interestingly, BYD entered into a joint venture with Daimler (Mercedes) over ten years ago and is currently a very successful brand in its Chinese home market, where it has also been the market leader in electric vehicles for the past nine years.

European success will depend directly on the price of BYD products in this market. However, the manufacturer has already indicated that it does not want to be a ‘price breaker’, and in the first phase, it wants to make a difference with a short delivery time.

The first and most well-known model of BYD is the Tang: an SUV of 4,87 meters, already on European soil. BYD has already established itself in Norway, where electromobility is much more widespread due to generous government incentives.

There are almost 2 000 examples on the road, and the Tang costs a little over 60 000 euros. For that money, you get a large SUV that offers seven seats and immediately makes a solid impression.

The electric drive is provided by two motors that drive the four wheels; together, they produce a hefty 516 hp. The 86 kWh blade battery is sufficient for a driving range of 400 km, measured according to the WLTP standard.

The strong performance stands out at the wheel, and the handling is healthy, though not razor-sharp. Unfortunately, the steering requires quite a bit of input before the car starts to steer, and the whole thing lacks precision.

The damping feels rather American, which perfectly suits the vocation of such a large SUV. Large body movements are neatly filtered out, but short bumps are felt in the interior.

The Han is the second BYD descendant to come to Europe. It is an E-segment sedan that is almost five meters long and, despite its four-door body, also has some coupé touches. However, once inside, the excellent quality of the finish stands out.

All displays are fully digital (also in the back), and the central tablet stands out because it can be turned horizontally and vertically using a button on the steering wheel. There is also a (standard) panoramic sunroof, and what also catches the eye is the design that is somewhat inspired by Mercedes.

Especially the (black) wood finish of the central console looks familiar, just like the little hatch of the integrated storage compartment where you can put your mobile phone. The trained eye will discover even more similarities.

This version also comes with four-wheel drive and a system output of 516 hp, which makes for downright spectacular performance, as the sprint to 100 km/hour is achieved in 3,9 seconds.

The Han also stops very well, thanks to a high-performance Brembo braking system. Furthermore, the Han is equipped with a battery with a capacity of 85 kWh, which is sufficient for a (WLTP) autonomy of up to 521 km. Prices are currently not yet known.

The third and for our market, by far the most important model (in terms of volume), will be the Atto 3. This is a compact SUV (4,45 m) that fits into the C-segment and crosses the path of competitors such as the Nissan Ariya, the VW ID.4, and the MG ZS.

The Atto 3’s body design perfectly corresponds to European buyers’ expectations. Inside, there are even some frivolous details, such as the threads along the storage compartment in the doors or the cylindrical elements for the air vents and the latches on the door panels.

The panoramic sunroof comes as standard as the rotating tablet screen in the center of the dashboard. The Atto 3 is a front-wheel drive car with 150 kW (204 hp) power, enough to accelerate from 0 to 100 km/hour in 74 seconds.

The blade battery in this model has a capacity of 60 kWh, which is sufficient for a driving range of up to 420 km (WLTP). AC charging is possible on a three-phase charger of up to 22 kW, while the fast charger (DC) allows the Atto 3 to consume up to 88 kW of charging power. There is no price indication yet, and precisely this element will largely determine the success of this BYD model.