Kia EV9, scheduled for 2023, in its final testing phase 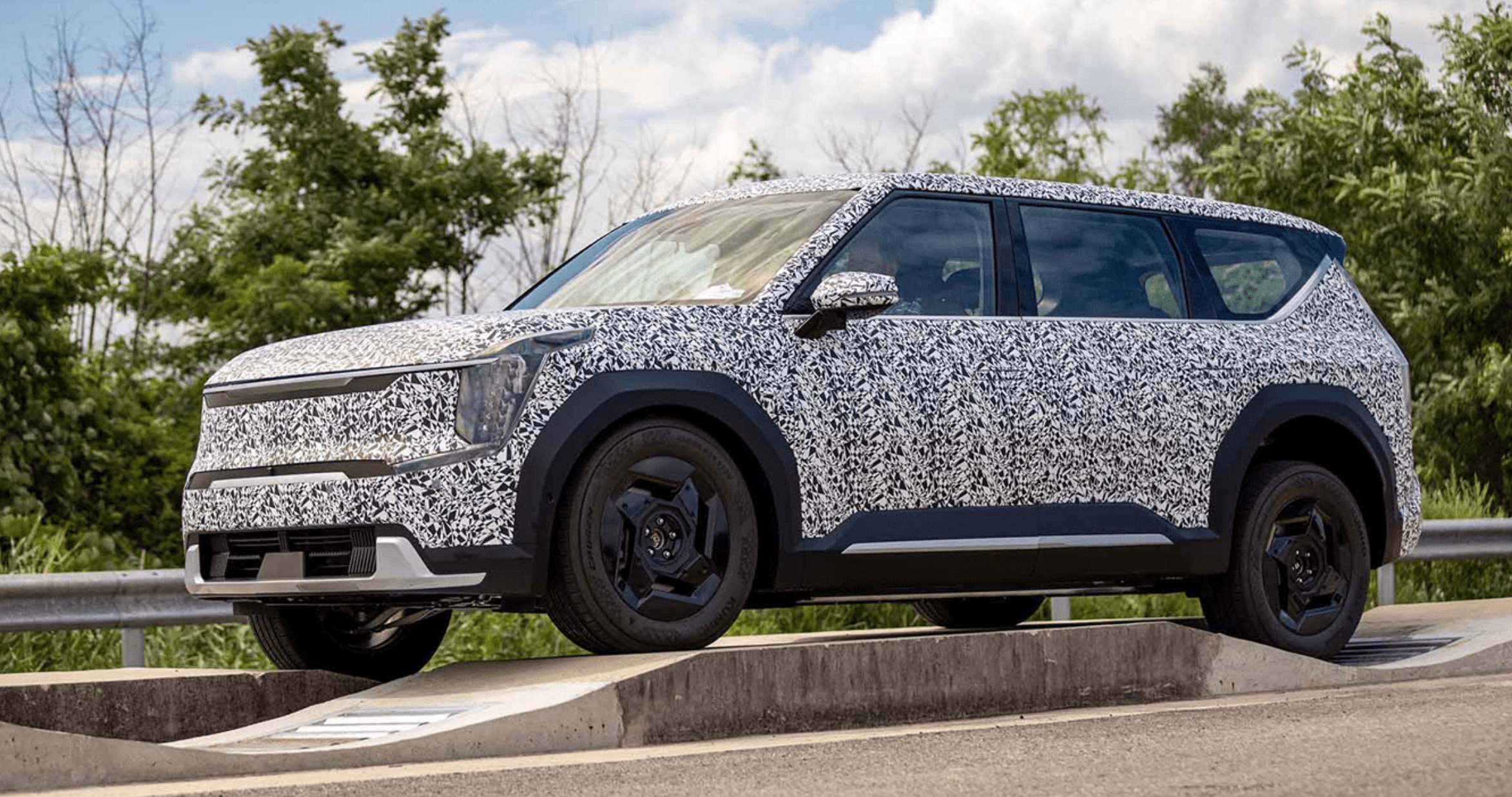 Kia has stated the final testing phase of its huge EV9 SUv, totally electric and built on the same platform as the successful EV6 /Kia

Kia has started the final test program of the EV9. It has announced its world premiere for the first quarter of 2023. Test drives with camouflaged prototypes are currently taking place in Namyang, South Korea. Last year, at the LA motor show, Kia showed the first concept of the EV9; now, the production version is in its final testing phase.

The EV9 is the brand’s second battery-electric production model based on the 800-volt E-GMP platform, after the much-applauded EV6 that became Car of the Year 2022 in Europe. The EV9 will also come to Europe in 2023.

Testing in all conditions

Developed over a relatively short period of 44 months, the model is currently undergoing final testing at Kia’s global research and development center in Namyang, covering all areas of the electric SUV. Press images show the prototypes on a watered test track and undergoing entanglement tests.

This last test phase includes an off-road program as the EV9 is a large, rather ‘American-sized’ SUV. According to Kia, the EV9 should prove its climbing ability and reliability when driving through deep water.

The Korean company has also revealed that road tests are going on worldwide, but some surfaces have been copied at the R&D test center in Namyang. “For example, the unforgiving cobblestones of Belgian roads offer Kia engineers the opportunity to test the EV9’s ride comfort and build quality under the toughest conditions,” Kia writes.

The EV9 is big: 4,94 meters long, 2,06 meters wide, and 1,80 meters high. For the production model, a WLTP range of up to 540 kilometers is promised with an electric all-wheel drive and two motors. Detailed performance data have not yet been revealed, but the battery capacity probably has to be more than the 77,4 kWh in the EV6 based on the same dedicated EV platform.

The concept car, shown in March this year, had large doors that were opening opposite each other. Still, when one looks closely to the now released testing pictures, one can see that the (hidden) door handles are now in their classic spot, meaning that the opening direction of the rear doors is reversed.

The EV9 is a vast, angular design with a massive front, which is not so good for aerodynamics. As a good drag coefficient is even more critical for fully electric vehicles, much effort has been put into getting the aerodynamic details right. The prominent, bulging wheel arches have also been softened for the production model.

Nevertheless, the tiny and aerodynamically friendly rear camera viewing housings have been replaced by regular wing mirrors with much higher air resistance, but probably still a lot cheaper. 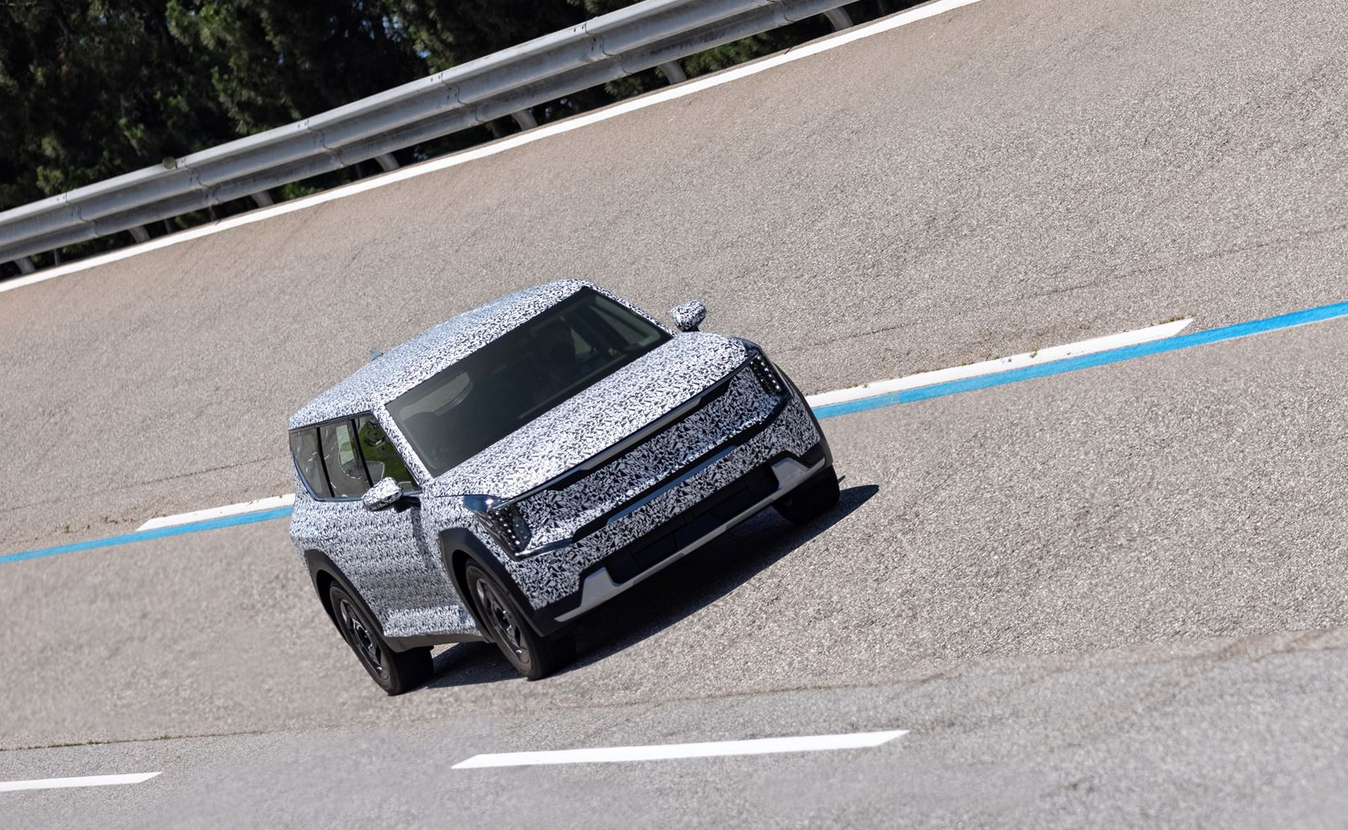 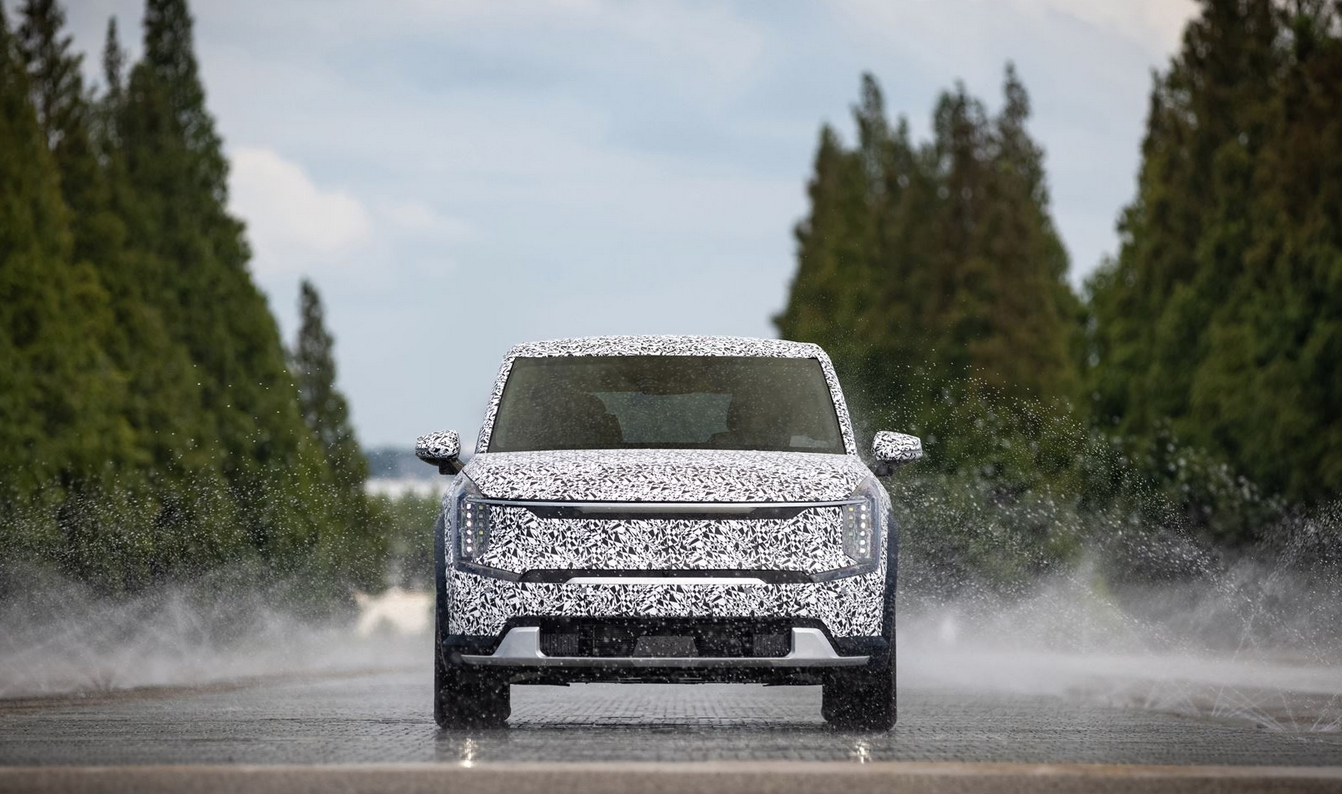