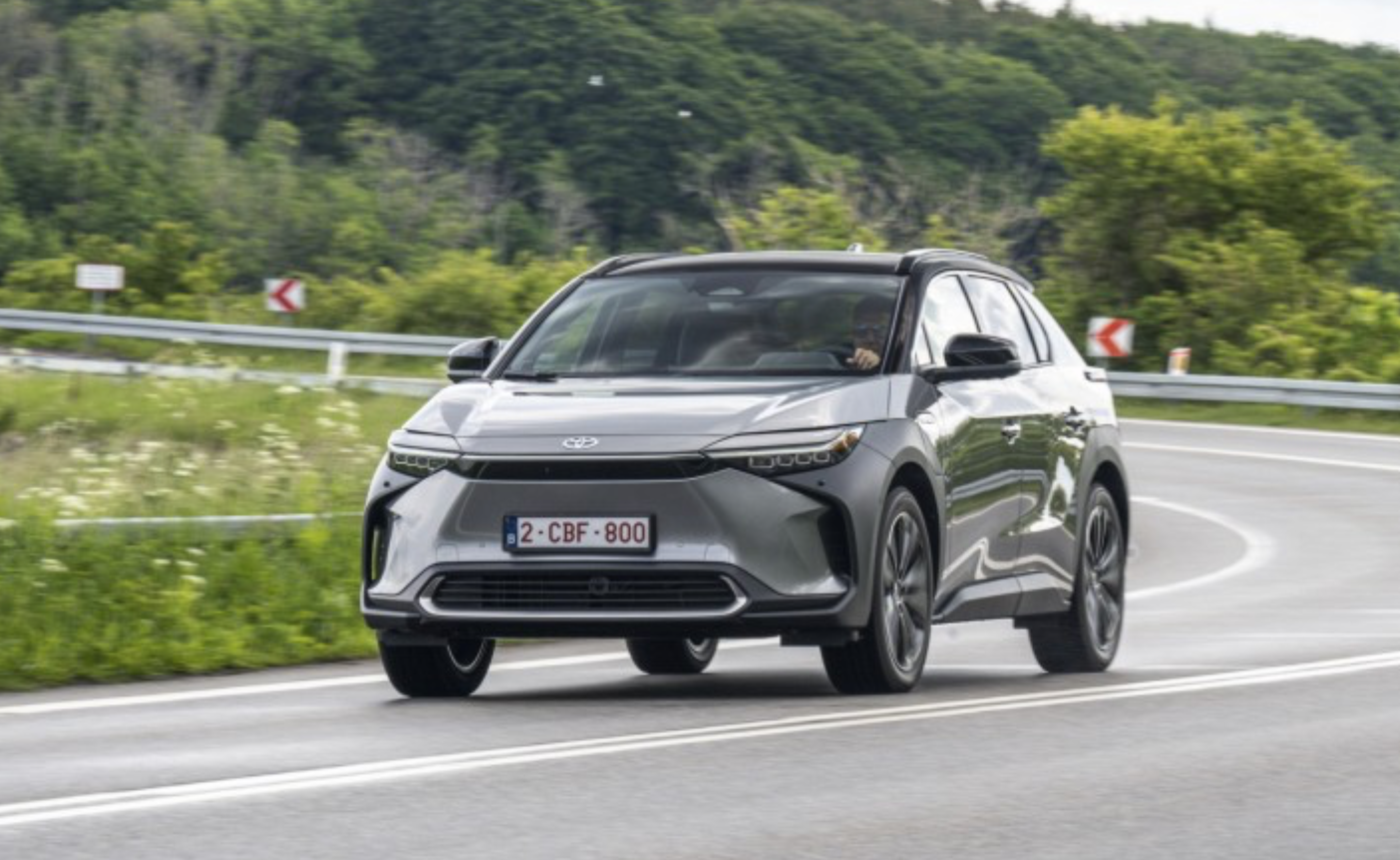 According to Greenpeace, Toyota has been far to slow to introduce BEVs (like this bZ4X) and bears high risks due to climate change /Toyota

A Greenpeace East Asia research report shows that 93% of Toyota’s manufacturing facilities are at high risk from the consequences of climate change. Honda and Nissan also occupy positions high up in the ranking; Volkswagen and Renault are in the lower parts of the operations risk comparison.

This conclusion is based on an analysis of data by Greenpeace from Moody’s ESG Solutions Database on PhysicalRisks. The Greenpeace analysis finds that 93% of Toyota’s manufacturing facilities are considered ‘high risk’ or ‘red flag’ for at least one climate hazard.

The top three threats identified are heat, water stress, and hurricanes/typhoons, with 57%, 38%, and 28% of Toyota’s facilities listed as ‘high risk’ or above, respectively, according to Moody’s ESG Solutions database.

According to Moody’s ESG Solutions, a facility is designated as a ‘red flag’ if it already has been or will likely soon be exposed to risk with a high potential for damage. A ‘high risk’ facility means a high level of exposure to damage exists, and the risk level is likely to increase. ‘Medium risk’ indicates that a facility may have been exposed to climate-related damage in the past and may be exposed in the future. A facility not significantly exposed to physical climate risk is categorized as ‘low risk’, while facilities with no exposure to physical climate risk are classified as ‘no risk’.

According to Greenpeace, Toyota, the world’s largest car maker, has shared few details about the topic until now. Most of Toyota’s manufacturing facilities are located in North America, and the Asia Pacific, and physical risk varies by location. The Asia Pacific, North America, and Europe are at the highest heat and water stress risk. In Japan, 100% of Toyota’s facilities are at ‘high risk’ or ‘red flag’ due to the danger from hurricanes/typhoons.

“As the world’s largest automaker, Toyota must take more aggressive action to reduce its carbon footprint,” says Greenpeace. “Toyota’s adoption of battery electric vehicles (BEVs) has been remarkably slow. Instead, the company continues to promote the sale of hybrid vehicles, which rely on internal combustion engines and come with a significant carbon footprint.”

According to Greenpeace, Toyota must recognize that hybrids are no longer a viable low-carbon option for the auto industry and should end the sale of new combustion engine vehicles, including plug-in hybrids, by 2030. “A timely transition away from combustion engine vehicles is necessary to protect the planet, Toyota’s workers, and the company from climate disasters.” is the report’s conclusion.

Some will say that the Greenpeace criticism is a little bit one-sided. Of course, being Japanese companies, Japanese car manufacturers are more at risk for typhoons and hurricanes because they are based in a country prone to such disasters. In our opinion, the endeavors that a company like Toyota is engaging for more sustainability are not more or less than many others. With the Toyota Research Institute (TRI) the company really tries to improve the lives of individuals, their customers, in their mobility needs.

Of course, until now Toyota has been a cool lover of BEVs, understandably so because they were the first (and still are the biggest) producer of hybrid cars. One can argue about their determination to hang on to this technology, but their argument about the different needs of different countries all over the world can’t be easily neglected either.

In fact, there are other manufacturers, like the premium makes BMW and Porsche, for example, that also have their doubts that the ICE cars have to disappear so quickly in the entire world. They also are looking into clean alternatives where the internal combustion engine still has a role to play. Porsche, for example, is investing in research about burning alternative (non or less pollutant) fuels and recently communicated its interest in a hydrogen burning engine. The point is that reality is often not that simple that one solution can fit all. Isn’t that what Toyota and others are also saying?