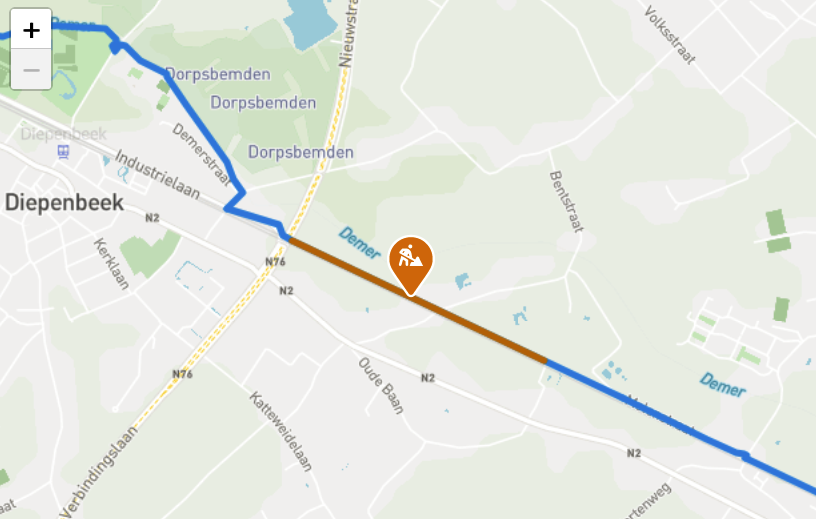 With the inauguration of the new bicycle stretch between Bilzen and Schoonbeek, the F70 bicycle highway connection Hasselt-Bilzen is finally ready /fietsnelwegen.be

On Monday, a new two-kilometer stretch of bicycle highway was inaugurated between Diepenbeek and Bilzen. Just in time before the start of the new school year.

The new bikeway (F70) connects Diepenbeek with Schoonbeek (Bilzen), directly linking to the station, school, and sports center Demerstrand. It runs through the greenery, parallel with rail track 34. When it is entirely ready, it will offer a smooth connection between Hasselt and Bilzen.

More than 400 km of bicycle highway

The three-meters wide cycle lane is safe and comfortable and is lighted all the way. The project cost 1 066 000 euros, jointly paid by Flanders and the province of Limburg. With the new stretch, Limburg has realized 325 of the region’s planned 421 kilometers of bicycle highways.

“We will keep investing in safe bicycle infrastructure, especially in school surroundings,” explained Flemish Minister of Mobility Lydia Peeters (Open Vld). “We prioritize the missing links in the bicycle network, where bicycle connections are lacking, or alternative routes require too much diversion.”

Meanwhile, the Limburg province has 23 bicycle highways linking Antwerp and Riemst (F5) and Eindhoven and Tienen (F74) via Pelt, Hasselt, and Sint-Truiden.