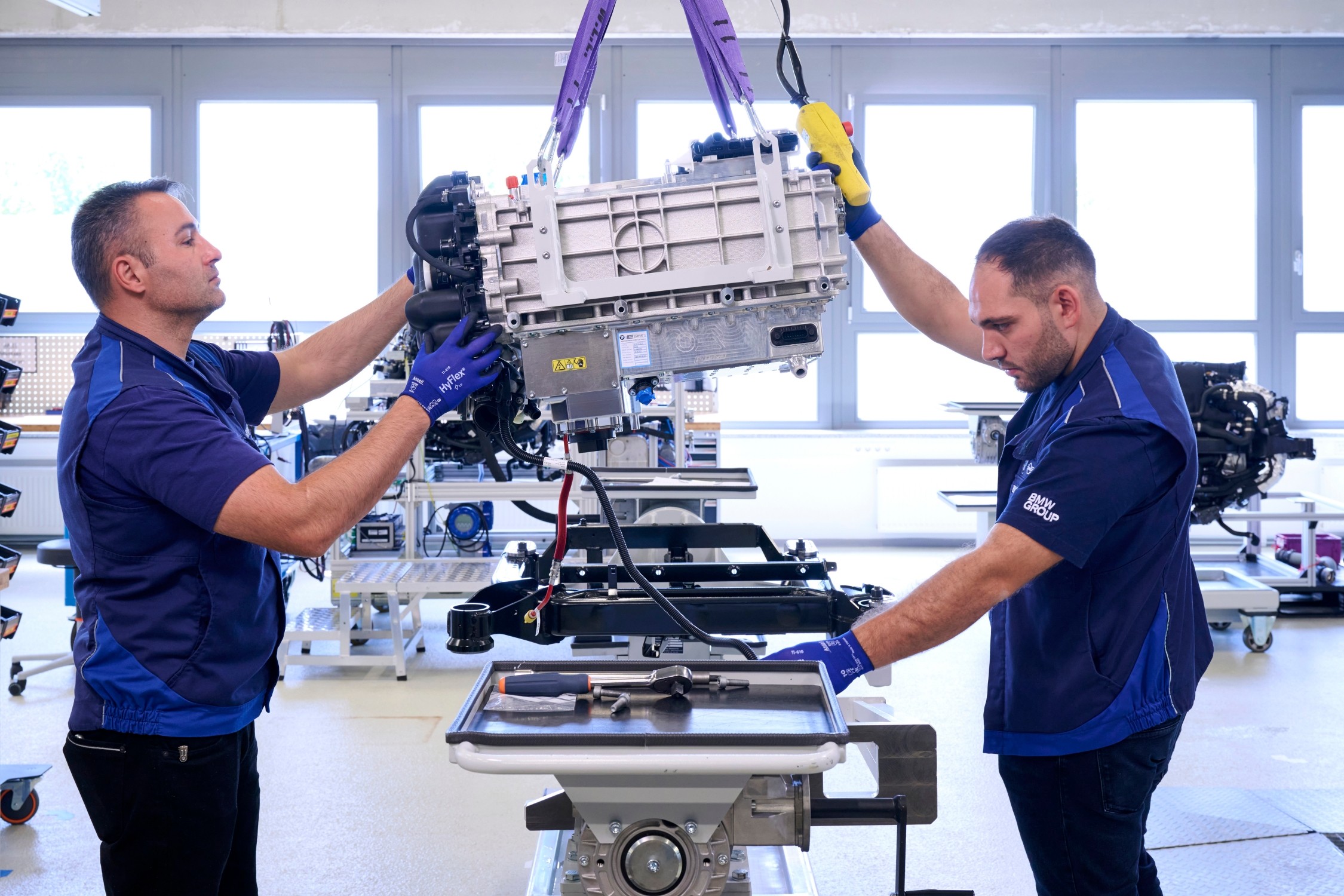 The fuel cells are delivered by Toyota, while BMW mounts them to fuel cell stacks in an automated process, fitting all other components of the system manually in the final phase /BMW

BMW kicked off on Wednesday its fuel cell system production for the iX5 Hydrogen at the company’s competence center for hydrogen in Munich. The individual fuel cells are supplied by Toyota, while BMW mounts them into complete stacks in a fully automated process, and finally fits all the other components for the first limited series of BMW iX5 Hydrogen cars.

These limited series of around 100 cars will be delivered worldwide from the end of this year for test and demonstration purposes. Still, BMW confirms it is ‘seriously considering’ the possibility of mass producing. Zipse hinted earlier that the ‘New Class’ models from 2025 on might also feature a hydrogen option besides battery-electric cars.

“We think hydrogen-powered vehicles are ideally placed technologically to fit alongside battery-electric vehicles and complete the electric mobility picture,” said BMW CEO Oliver Zipse on Wednesday. “By commencing small-scale production of fuel cells today, we are demonstrating the technical maturity of this type of drive system and underscoring its potential for the future.”

The hydrogen car can be an alternative solution for BEVs, not only to cope with a shortage of charging facilities in certain areas. As they only need a backup battery that is ten times smaller for the fuel-cell system, it makes them less dependent on raw materials like lithium and cobalt. Fuel cell systems use aluminum, steel, and platinum, which are more easily recyclable materials. So they will help reduce dependency, Zipse adds.

The tests BMW wants to set up from the end of this year are intended to spread over two years, merely to gain insight into the daily use of such hydrogen cars by potential customers. The 100 iX5 Hydrogen cars will be delivered to ‘selected partners’.

BMW says it has further developed hydrogen fuel cell systems since 2015 after introducing the BMW 5 Series GT Hydrogen Cell. In 2019, it showed the BMW i Hydrogen NEXT concept car, followed in 2021 by the iX5 Hydrogen it demoed for the first time. The latter uses basic Toyota fuel cells as featured in the Mirai, but BMW developed the complete system around it itself.

“In addition to the technological equivalents of features found on combustion engines, such as charge air coolers, air filters, control units, and sensors, the BMW also developed special hydrogen components for its new fuel cell system. These include the high-speed compressor with turbine and high-voltage coolant pump, for instance,” the press release states.

At its test center in Arjeplog, Sweden, on the Arctic Circle, the German carmaker proved in March its iX5 Hydrogen is better suited for extreme winter conditions than any BEV. No range loss and refueled in 3-4 minutes even at minus 20°C.

The fuel cell of the iX5 Hydrogen delivers an output of up to 125 kW (170 hp), with water vapor as the only emission. The system has an output of 275 kW (374 hp) or exactly as much power as the most powerful six-cylinder in-line gasoline engine currently used in BMW models.

“Full system power quickly comes on tap. Even in these freezing conditions, the drive system continues to offer its full operating range. And replenishing the hydrogen tanks takes only three to four minutes, even in the depths of winter,” BMW says. “The hydrogen fuel cell drive system combines the best of both drive worlds, regardless of the time of year and outside temperatures.”

The iX5 Hydrogen is lighter than a comparable battery-electric model, roughly the same as the PHEV version (around 2 500 kg), making it more agile. In winterly conditions like in the far north or the mountains, this is a significant advantage over a BEV that sees its range shrimping with falling temperatures. The outside temperature has little to no impact on the FCEV’s range.

Working on a flat hydrogen tank

The BMW iX5 Hydrogen has two cylindrical 700-bar tanks made of carbon-fiber-reinforced plastic (CFRP) that can hold almost six kilograms of hydrogen. That provides the FCEV with a range of about 500 kilometers.

A consortium of German heavyweights led by BMW is working on developing a flat tank for storing hydrogen at 700 bar that can be mounted in a car’s underbody like batteries for a BEV as an alternative for today’s bulky H2 tanks. This opens opportunities to use them also in vehicles designed with a flat floor for batteries. A solution should be ready by the end of 2022. 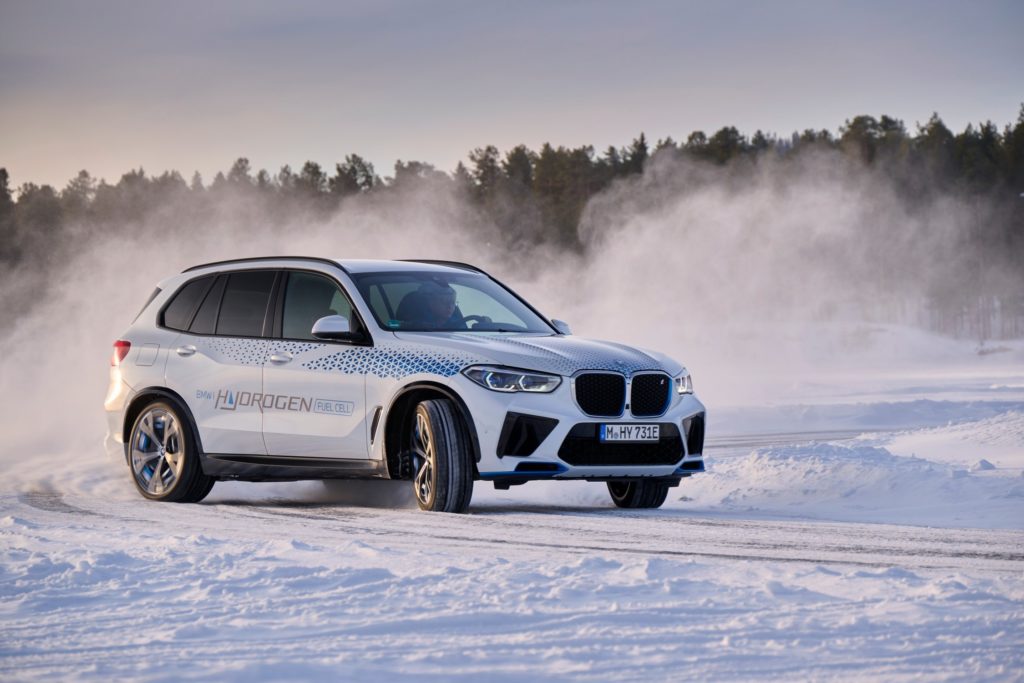