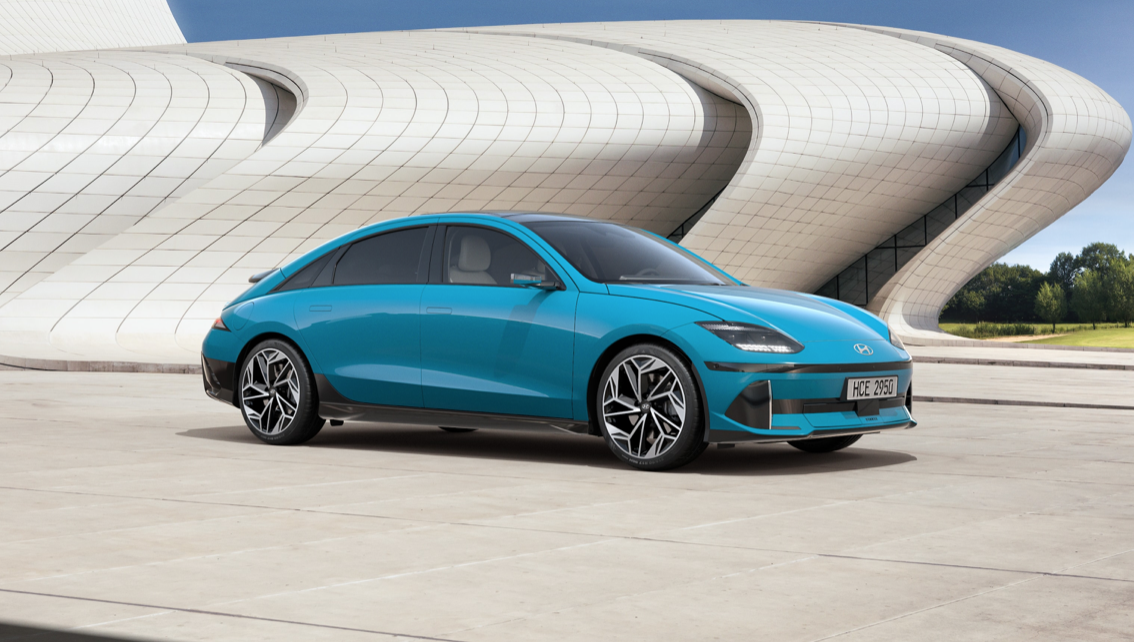 Hyundai presented the Ioniq 6 in July and planned to start production this autumn. Unveiled at the Busan Motor Show last month, the Ioniq 6 is built on the carmaker’s EV-dedicated platform E-GMP, inheriting its predecessor Ioniq 5’s design DNA. The model comes in two types, a standard model with a 53,0 kWh battery pack and a long-range model with a 77,4 kWh battery.

“Ioniq 6’s innovative interior and exterior design, along with the industry’s top-level traveling distance and driving performance incorporated with the latest technology, appear to have attracted positive public feedback and consumer interest,” said a Hyundai Motor official in a reaction.

Hyundai calls its newest offer the ‘Electrified Streamliner’. With a drag coefficient of 0,21, a mix of classic and modern car designs, and a curvature like a banana, it looks pretty different from the boxy Ioniq 5 SUV.

That sleek coupé-like body style and low drag coefficient minimizing air resistance, almost equal to that of the Mercedes EQS (0,20), promise good energy consumption figures. The basic version of the Ioniq 6, with the rear-wheel drive and the 53 kWh battery (compared to 58 kWh on the basic Ioniq 5), claims to keep energy consumption below 14 kWh/100 km.

With the rear-wheel drive long-range version with a battery capacity of 77,4 kWh, you should get as far as 610 km on one charge with this Ioniq 6, 100 km more than with the comparable Ioniq 5.

One can’t deny that of the first two fully electric sedans on the new E-GMP dedicated EV platform, the Ioniq 5 was the SUV-like boxier design, and the Kia EV6 was the more fluent, sportier, and sleeker-looking car. Now, Hyundai has come up with an answer to its sister’s sibling, the Kia EV6 showing slightly bigger popularity in many countries over the Hyundai Ioniq 5.

If the first reaction of the Korean car buyer is confirmed, the Ioniq 6 is bound for an impressive career. It repeats what we’ve said earlier. The Koreans have come a long way and have now succeeded in creating cars that are very appealing to the market’s taste. That the Belgian designer Luc Donckerwolke (now CCO at Genesis and Ioniq) has had a hand in the latest designs is undoubtedly no coincidence when one wants to explain their success.