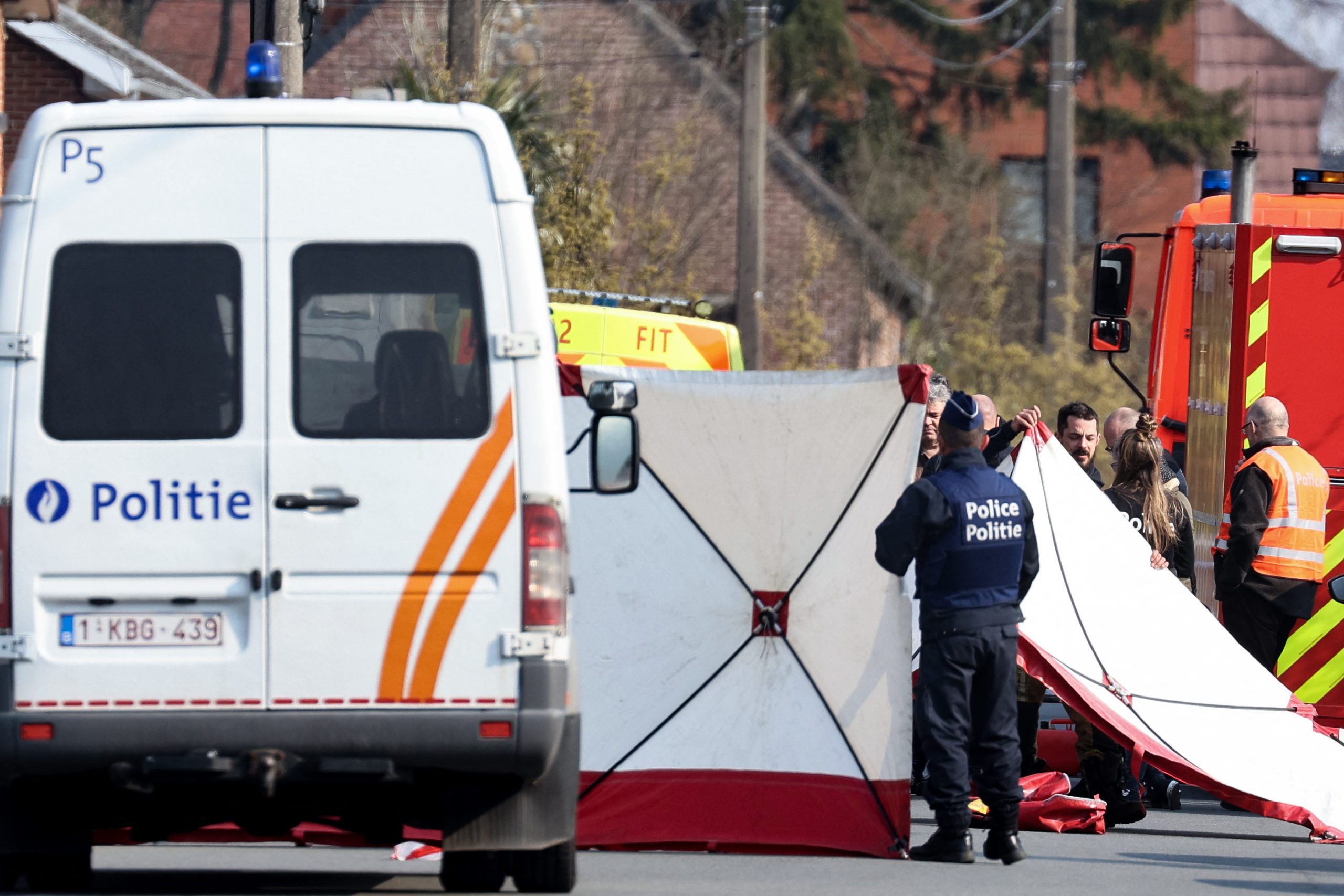 Police officers erect a white sheet on the site where a car crashed into a crowd of early morning carnival-goers, killing six people in Strepy-Bracquegnies, on March 20th, 2022 /Belga

The number of traffic deaths on Belgian roads increased by 39% in the first half of the year. During the first six months, 231 people died in traffic, almost as many as before the corona pandemic. The figures come from the latest traffic safety barometer, based on data from the Federal Police and recently published by the Vias Traffic Safety Institute.

Traffic safety is a concern in Belgium, but at the same time, an international phenomenon. In Flanders, the number of fatalities grew from 99 to 113, the largest number ever. The rise was even more spectacular in Wallonia: from 63 to 111 traffic deaths. Among those six carnival-goers in Strépy, where a car crashed into the crowd.

The number of pedestrians who died on the road more than doubled: from 13 to 35. A worrying trend. Also, the number of accidents with injuries went up (+20%).

The number of accidents with injuries increased in the three regions of the country: Flanders (+21%), Wallonia (+12%), and Brussels (+32%). The death toll was the biggest in the province of West Flanders; Antwerp registered a status quo, and in Limburg and Flemish Brabant, the figures decreased.

Another disturbing tendency is the growing number of accidents in which (e-)bikes (+20%) or e-scooters (+50%) are involved, mainly in Flanders and Brussels. The latter apparently is a dangerous means of transport.

Another explication for the rise in accidents is the increased use of the smartphone while driving/riding, and the heavier type of vehicles – the popular SUVs and pickups – that are on the roads. Pedestrians and cyclists who encounter a heavy car in a traffic accident face double the chance of losing their lives compared to lighter vehicles.

The main concern is traffic safety in built-up areas. International studies indicate that in countries with 30 kph zones, traffic accidents decrease by one-quarter or even halve.

Despite the numerous investments in Belgium in bicycle infrastructure, among others, there’s no structural decrease in the number of traffic deaths anymore in the last five years. And although all structural improvements are important, the figures show that some quick wins are essential, like reducing speed restrictions. “This year’s traffic safety barometer shows more than ever that we have to better protect all vulnerable road users,” concludes Vias.