Fluxys to study green ammonia terminal in Port of Antwerp-Bruges 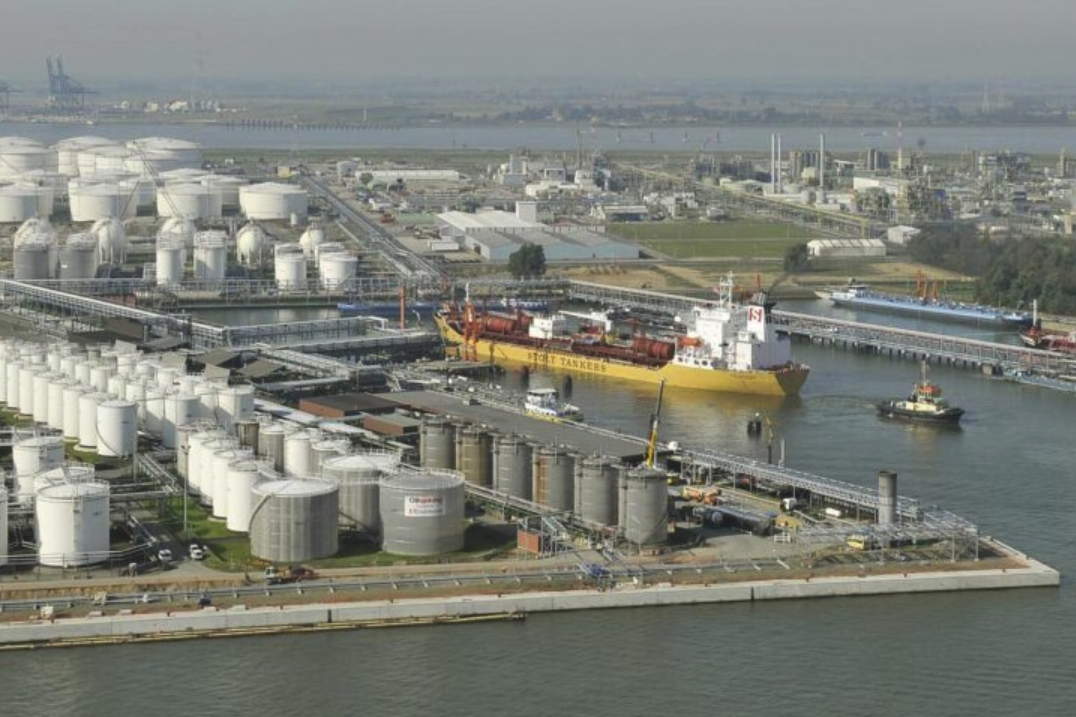 Fluxys is partnering with Advario Stolthaven Antwerp and Advario Gas Terminal, major players in the field of tank terminals for petroleum products, chemicals, and gases in Antwerp harbor /Advario

Belgian gas network operator Fluxys, already preparing a future on hydrogen as an alternative ‘clean’ energy source, is studying the feasibility of creating a gas terminal in the Port of Antwerp-Bruges to import green ammonia massively. Ammonia, which can be transported easily in liquified form, is considered a good hydrogen carrier but can also be used as a fuel.

To be operational in 2027, the future terminal will deliver storage and ‘multimodal send-out solutions’ for ammonia as a direct or indirect fuel for trains, trucks, and ships. Ammonia pipelines will be connected to local industrial sites and could also provide facilities to convert ammonia back into hydrogen. That ‘green’ hydrogen can be transported to northwest Europe through Fluxys’ open-access hydrogen network.

Fluxys is partnering with Advario Stolthaven Antwerp and Advario Gas Terminal, significant players in tank terminals for petroleum products, chemicals, and gases. According to the partners, it fits perfectly into the European REPowerEU strategy, a plan to rapidly reduce dependence on Russian fossil fuels and fast forward the green transition.

REPowerEU has set a target of 20 million tons of green hydrogen consumption by 2030, one-fifth of which should be covered by ammonia imports, they say in a press release.

Ammonia (NH3) molecules contain one part of nitrogen and three parts of hydrogen. Today it is mostly made from natural gas, a non-sustainable process, and is mainly used for fertilizers. But it has applications in far more domains like wastewater treatment, cold storage, refrigeration systems, printing and cosmetics industries, and in the production of pharmaceuticals.

The general idea is that ‘green’ hydrogen can be made in regions like the Middle East or Chile with a lot of solar and wind power, converted to ammonia by adding nitrogen and transported in ships to Europe.

Ammonia is a colorless, toxic, flammable gas, but the fire risk is low compared to other fuels due to its lower flammability. It could be used in combustion engines with minor modifications, but although it emits no CO2, it’s not ‘zero emission’ as nitrogen oxides (NOx) remain a problem. A problem that doesn’t exist with pure hydrogen.

Hydrogen can be used as a fuel, like in rocket engines today or in future airplane engines as Airbus aims to do from 2035 on, or to generate electricity through fuel cells, powering FCEVs, for instance. Today’s standard fuel cells can’t run on ammonia, though a special kind of fuel cell can be used in reverse form to extract the hydrogen from the ammonia.

On the other hand, ammonia has the advantage that it can be liquified and transported at -33°C and transported in huge ammonia tankers, similar to today’s fleet of liquified natural gas tankers. While for hydrogen to become liquid, it has to be cooled in cryogenic conditions to minus 253°C, making it more difficult and expensive to handle and distribute. 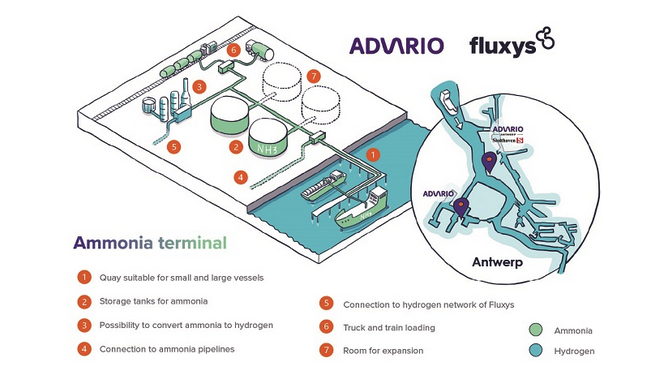