ADAC’s holiday EV test: only half the range with trailing caravan 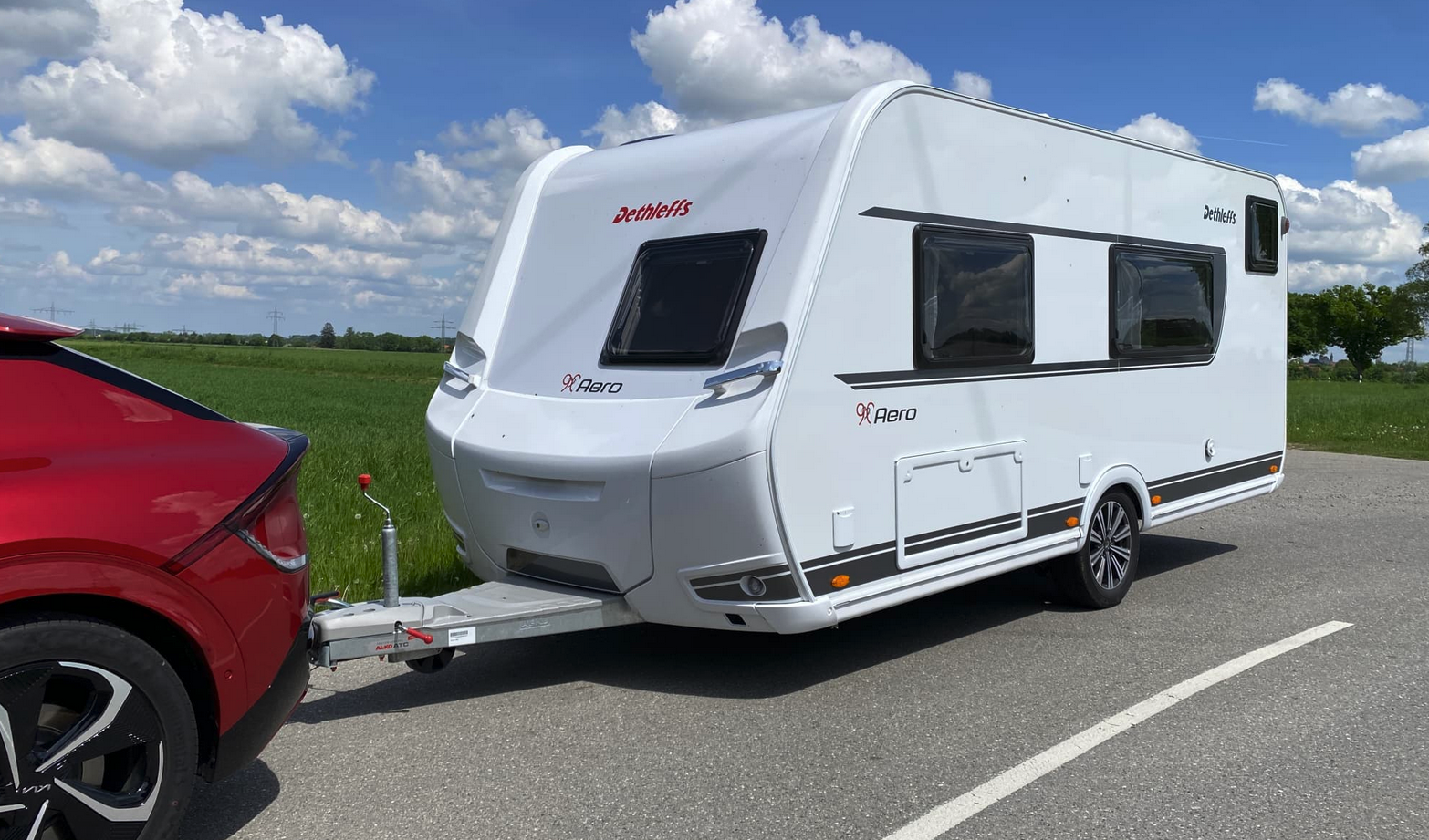 Ultimately, the test conducted by ADAC proved towing a caravan increases an EV’s consumption by 83 to 103% /ADAC Test und Technik

It’s no surprise the range of an electric car is influenced by the extra weight or wind it’s catching with a trailer or a caravan behind the car or extras on the rooftop. But how much exactly? German automobile organization ADAC did the test: a caravan cuts your range in half, and two bikes on the roof give you a +33% penalty. Air resistance turns out to be more determining than weight.

ADAC wanted to give its EV driving members a handle on calculating the range of their vehicles when planning their holiday trip, carrying the usual extras like bikes, camping gear, or towing a caravan. It’s essential to know how the vehicles’ range will be impacted for planning recharging stops on the way to their destination.

ADAC has measured and compared various scenarios with the Kia EV6 as a draft horse. First tests in Spring showed that with its 239 kW and all-wheel drive, allowing for towing up to 1 600 kg, there was never any trouble with the fully loaded caravan, a Dethleffs Aero 470 FSK. The latter weighs 1 600 kg.

In this test, the trip crossed four countries, from the ADAC technical center in Landsberg am Lech via the Fern Pass and the Brenner Pass and through the Dolomites to Trieste (Italy) at the Mediterranean, 1 281 km in total.

That includes a mix of country roads and highways, with average speeds between 62 and 76 km/h and benefitting from sheltering in the slipstream of trucks to reduce drag. The caravan consumed 83% more of the car’s battery, with an average of 36,6 kWh/100 km compared to a ‘normal’ 20 kWh average on the board computer. Charging losses of 11,3% don’t affect the range but must be paid, so in reality, 40,7 kWh per 100 km were consumed.

In practice, the average range of 400 km dropped to 220 km, targeting legs of 180 to 200 km to leave sufficient reserve in the battery. Ultimately, the ADAC team needed eight charging stops of approximately 20 minutes to charge up to 80%. The total electricity ‘charged’ was 522 kW, which cost 233 euros.

Beginning of August, ADAC did some additional tests to compare the other scenarios at average highway speeds, again with the Kia EV6. These were carried out while driving at an average speed of 120 km/h, 100 km/h with the caravan, as this is the maximum speed allowed in Germany.

Two bikes on the rooftop mean +33%

It turned out that carrying two bicycles on the car’s rooftop increased consumption by 33%, compared to 8% when a bicycle carrier on the towing hook was used. With no bikes on the roof bicycle rails, the car already consumed 5% more. Using a streamlined roof box for luggage, consumption increased by 14%. With a boxy roof tent, that was 33%.

ADAC also tested with different trailers at 100 km/h. This revealed that towing a non-braked trailer only gives a +1% penalty, a trailer with superstructure +24%, a horse trailer +83%, and a caravan, in this case, +103%.

According to the engineers’ measurements, the air resistance increases with the square of the speed. At twice the speed, the air resistance is four times higher, ADAC says. That’s particularly clear in the case of the caravan. At 80 km/h the additional consumption was 54%, at 90 km/h it was 79% and at 100 km/h 103%.

To answer the question of how much consumption is influenced by a fully loaded car with passengers and luggage, ADAC made several comparisons that showed a minor effect. The difference between an empty EV with only the driver and one fully loaded (+280 kg) was only 6%. 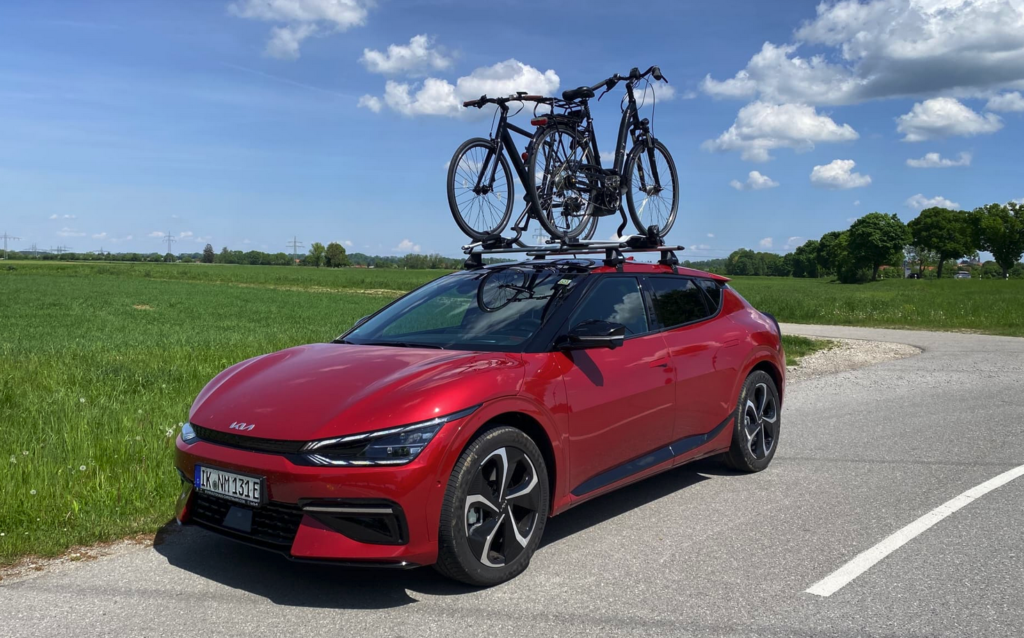