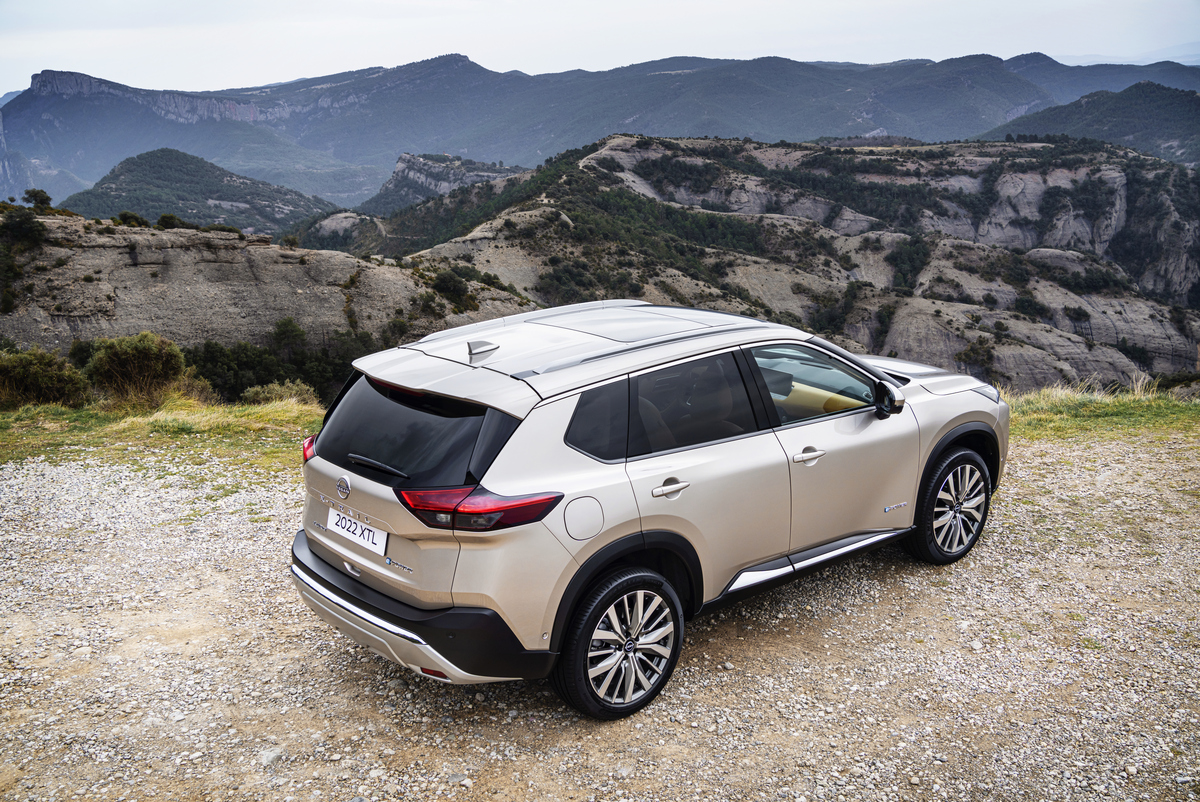 Nissan has presented the fourth generation of its best-selling X-Trail SUV, now as an ‘electrified’ version without being a plug-in hybrid /Nissan

Nissan presented on Tuesday its all-new ‘electrified’ X-Trail, the fourth generation of its successful SUV, which sold seven million worldwide. And it inherited Nissan’s self-willed e-Power drivetrain it first introduced in the Note in Japan and later in the Qashqai in Europe. Available from November with prices ranging from €45 300 to €55 350.

‘Self-willed’ as one can question why this is not a plug-in hybrid you can charge at home, but an electric car with a nearly permanently running generator on fossil fuel. It is questionable if you see that generator still consumes 5,9 to 6,5 liters/100 km, but Nissan defends itself tooth and nail, saying it’s the best way to get people used to electric driving.

“e-POWER is an ideal technology for those facing a daily urban or suburban drive, who would like to transition to a full EV in the future but cannot recharge easily, or are not ready to move to fully electric.” But as we noticed while driving the Qashqai, this comes with a penalty of high CO2 figures with no access to government incentives for low-emission vehicles.

Generator running all the time

For Europe, Nissan has upgraded the internal combustion engine (ICE) from the generator to a 1.5-liter Variable Compression Ratio turbo gasoline engine, with a final system power output of 150 kW (204 hp).

This 2WD version accelerates in 8,0 seconds from 0 to 100 km/hour and has a top speed of 170 km/hour. Don’t worry about range and charging, as the generator runs all the time as long as you have enough fuel, just like in a gasoline car.

“The X-Trail with e-POWER and e-4ORCE will occupy a unique corner of the segment, being the only seven-seater family crossover with an electrified powertrain,” Nissan says.

Thanks to the CMF-C-platform it shares with the Alliance, the X-Trail can be equipped with a third seating row, designed to accommodate passengers up to 160 cm in height. On the five-seat version, the Flexible Luggage Board System remains.

In both versions, contrary to a classic hybrid, the combustion engine doesn’t drive the wheels directly but feeds a 150 kW front electric motor (and eventually also the rear motor) with the electricity needed. “This means the engine can always run within its optimal range, leading to superior fuel efficiency in urban settings,” the carmaker claims.

But the main advantage we noticed driving the Qashqai, it offers almost the same direct response as an EV. Unfortunately, always with the noise of the ICE generator in the background, without the comforting silence of an EV. Like most EVs, this X-Trail also features the ‘one pedal’ driving experience. It’s called e-Pedal Step by Nissan.

When you lift your foot off the throttle, the car gently brakes at 0,2 g, enough to illuminate the brake lights and reduce the speed down to ‘creeping’ speed, not a complete stop. But in a battery-electric vehicle (BEV) or plug-in hybrid (PHEV), the brake energy is used to generate electricity back to the battery to extend the range. That’s useless in this case.

Nissan expects the e-POWER-equipped version of the X-Trail to make up the large majority of the demand. Still, it will also offer a classic mild-hybrid version with the turbocharged 1.5-liter engine traditionally powering the wheels, generating 120 kW (163 hp) and 300 Nm of torque. Price: €43 300.

The interior is crafted to create a premium ambiance and shows several features we already saw in the smaller Qashqai. The larger, 12,3-inch display screen is a digital gateway to navigation, entertainment, and vehicle settings, compatible with Android Auto® and Apple CarPlay®.

You also can get a 10,8-inch Head-Up Display (HUD). Nissan says it’s the biggest in the segment to have all relevant data projected in the driver’s line of view on the windshield. The X-Trail also inherits the next generation of ProPILOT driver assistance systems, with stop-and-go adaptive cruise control and automatically adjusting to the speed limits while ‘reading’ the road signs.