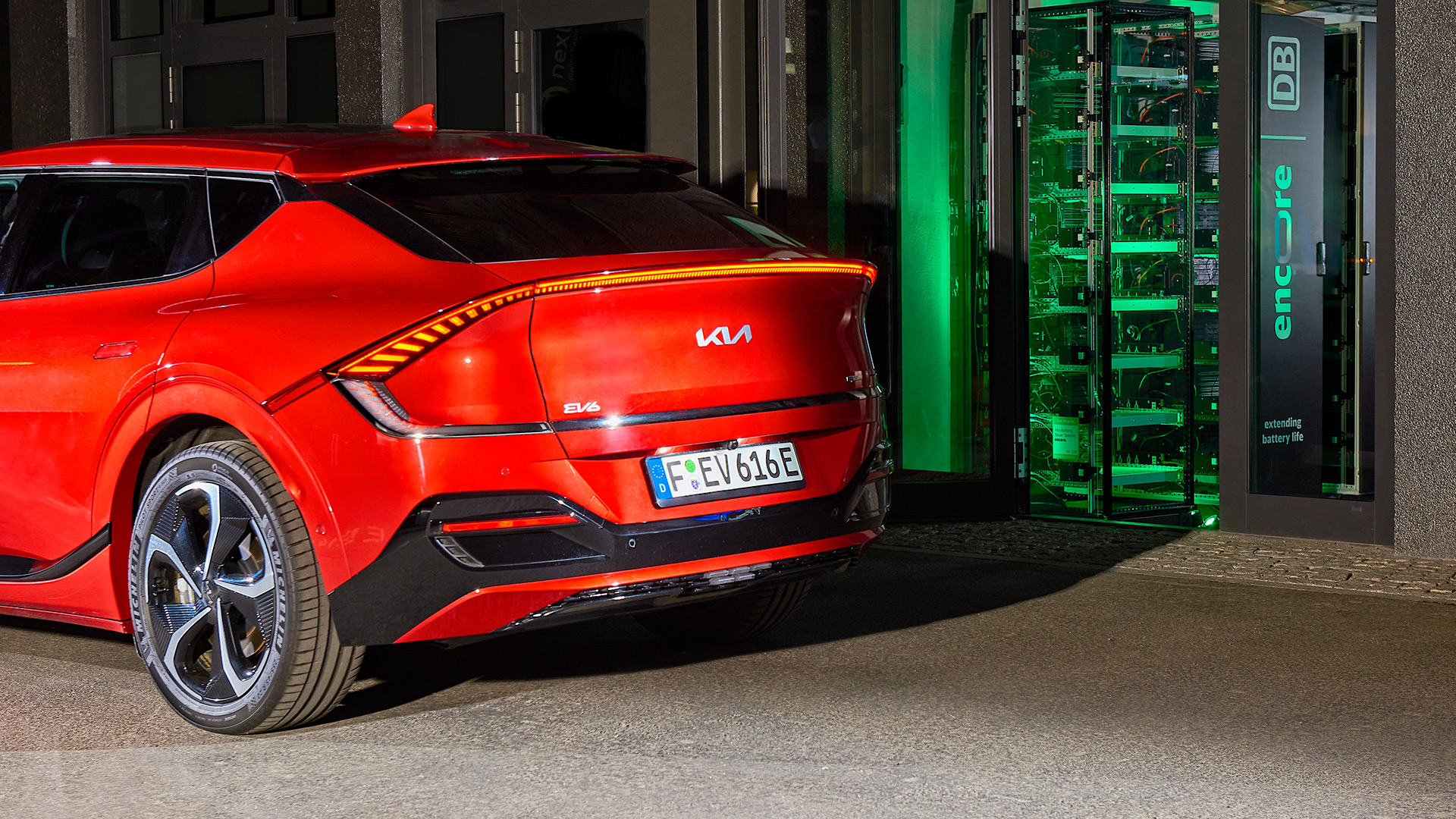 Kia announces that they are starting a collaboration with a Deutsche Bahn start-up to develop energy storage systems, reusing the battery modules of the Kia e-Soul. The start-up encore/DB already operates a take-back service for used batteries from electric vehicles.

They are usually only replaced when the storage capacity falls below the limit of 70% of the initial storage capacity, which is expressed in the battery’s SOH (state of health) percentage. The user notices a reduction in driving range; in the garage, this SOH can be determined via the OBD diagnostic connector.

The start-up will dismantle batteries no longer considered suitable for an electric car and remove their working cells. As battery units degrade, cells are broken, which are then deactivated by the BMS (battery management system) for safety reasons.

As fewer active cells remain, capacity decreases. During recycling, the battery is dismantled, and the good or broken cells are measured. Then, the good cells are used to build a new battery pack for stationary energy storage.

The idea is excellent, and it will be a fascinating business model now that there is an increasing need for energy storage due to decentralized energy production, such as wind or solar power. The production of the ‘new’ stationary batteries takes place on the EUREF campus in Berlin.

Why no repair for the car customer?

Despite all green intentions, this approach teaches that, on the one hand, there is a lot of money to be made with used car batteries and, on the other hand, that a written-off car battery is not completely useless.

The question that needs to be asked is why a manufacturer does not ensure that a car consumer’s battery pack is repaired at the component level. Porsche recently announced that it aims to carry out battery repairs on the shop floor of (certain) dealers.

After all, by replacing several modules in the battery, the consumer could get a usable (repaired) battery for far less money. In addition, this would suddenly make an electric car a lot more durable, putting the high(er) new price into a different perspective because of the longer life span.